Melt! Festival took place in Grafenhainichen, a small town just a few hours outside of Dessau, Germany. Over the course of 17 bombastic years, Melt! has grown into one of the biggest festivals in the country, drawing over 25,000 music lovers together annually for an unforgettable experience in an old industrial site filled with rusting cranes and lifts. Needless to say, there's a lot to see and love here. Read our top nine reasons why this year cemented Melt! as a must-see, bucket-list European festival.

If we are going to talk about incredible music locations, Melt! takes the award for one of the most unique. It all goes down in the small city of Ferropolis, in an open-air museum of industrial heritage, filled with old machines towering above the crowds. It was nothing short of breathtaking. These monumental structures dotted the fest grounds, often decorated with shiny disco balls and at night illuminated by incredible light and fire shows synched with the pulse of the bass lines from the likes of Sveth Van, Marcel Dettmann, and the hypnotic Rohdah.

In our photo-obsessed fest culture, you see people capturing every moment on their cameras and phones. But the festival goers at Melt! were some of the most engaged we’ve encountered. Even in the sea of moving bodies enraptured by the biggest performances, you rarely saw the distracting screens of cellphones looming above the crowd, or god forbid, selfie sticks. At Melt! people were more interested in putting sparkles on each other, blowing bubbles, and throwing floaties, focused on dancing and taking in all the sunsets and DJ sets rather than trying to Instagram them.

3. The Range in Vendors

The food selection was on point. From a wide range of vegetarian options, German food (where you could enjoy a proper wurst), and other global cuisines, there were food stations that satisfied all of our cravings. There were also tea and coffee shops open 24 hours to keep us energized throughout the hot days and more chilly nights. If you were in the market for trinkets and clothes, you could check out the artisan shops hawking things like kaleidoscopes and one-of-a-kind apparel. 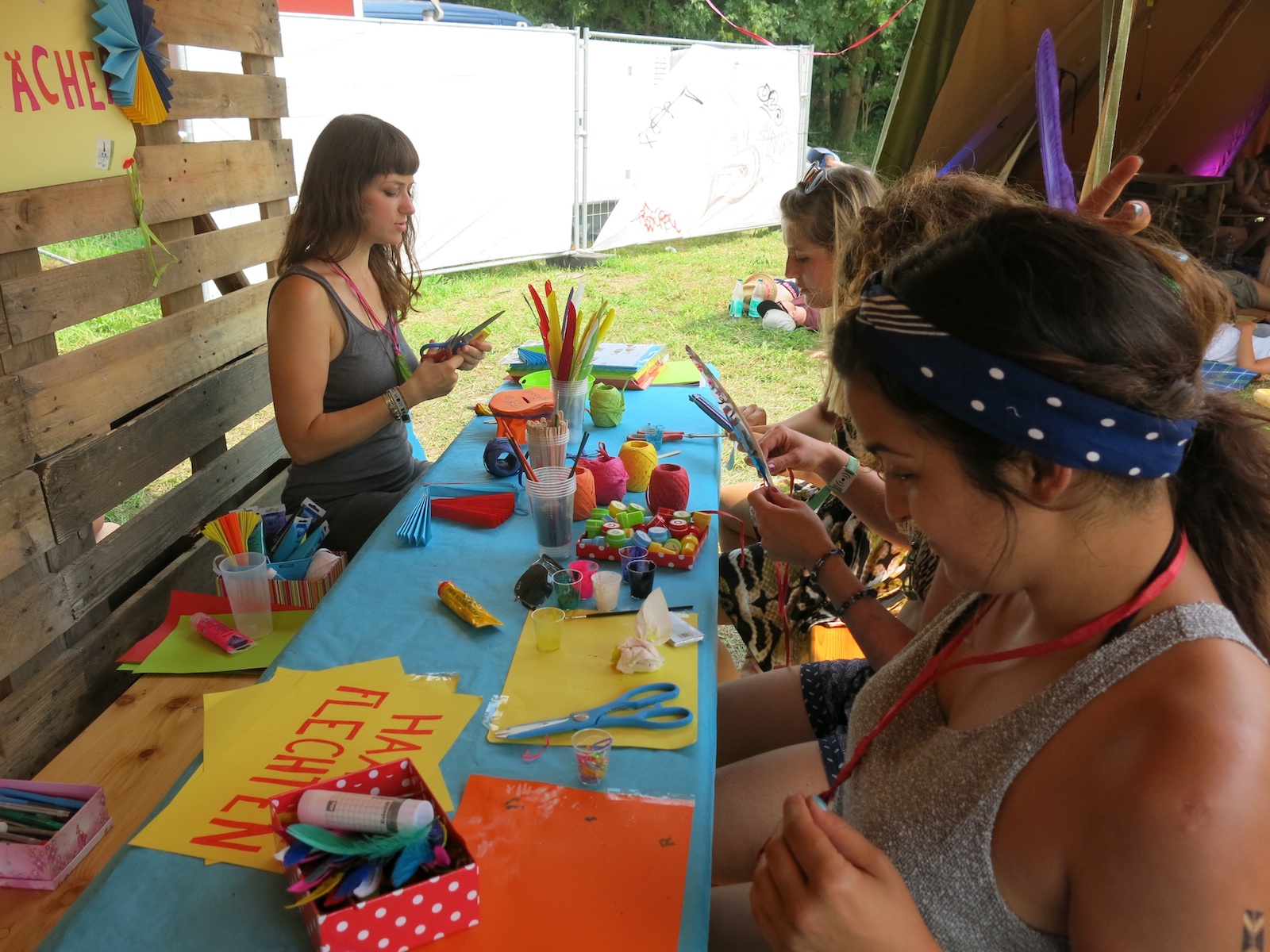 Despite its setting in a heavily industrialized city, Melt! remains creative about finding ways to keep its event green. From encouraging people to come by train, to offering money exchanges for bringing plastic cups, to sustainable, composting toilets, there were eco-friendly vibes all around. There was even a pop-up laboratory where people could bring their trash and upcycle it into fun souvenirs. Oh yeah, and all the parties are powered mostly by solar energy. 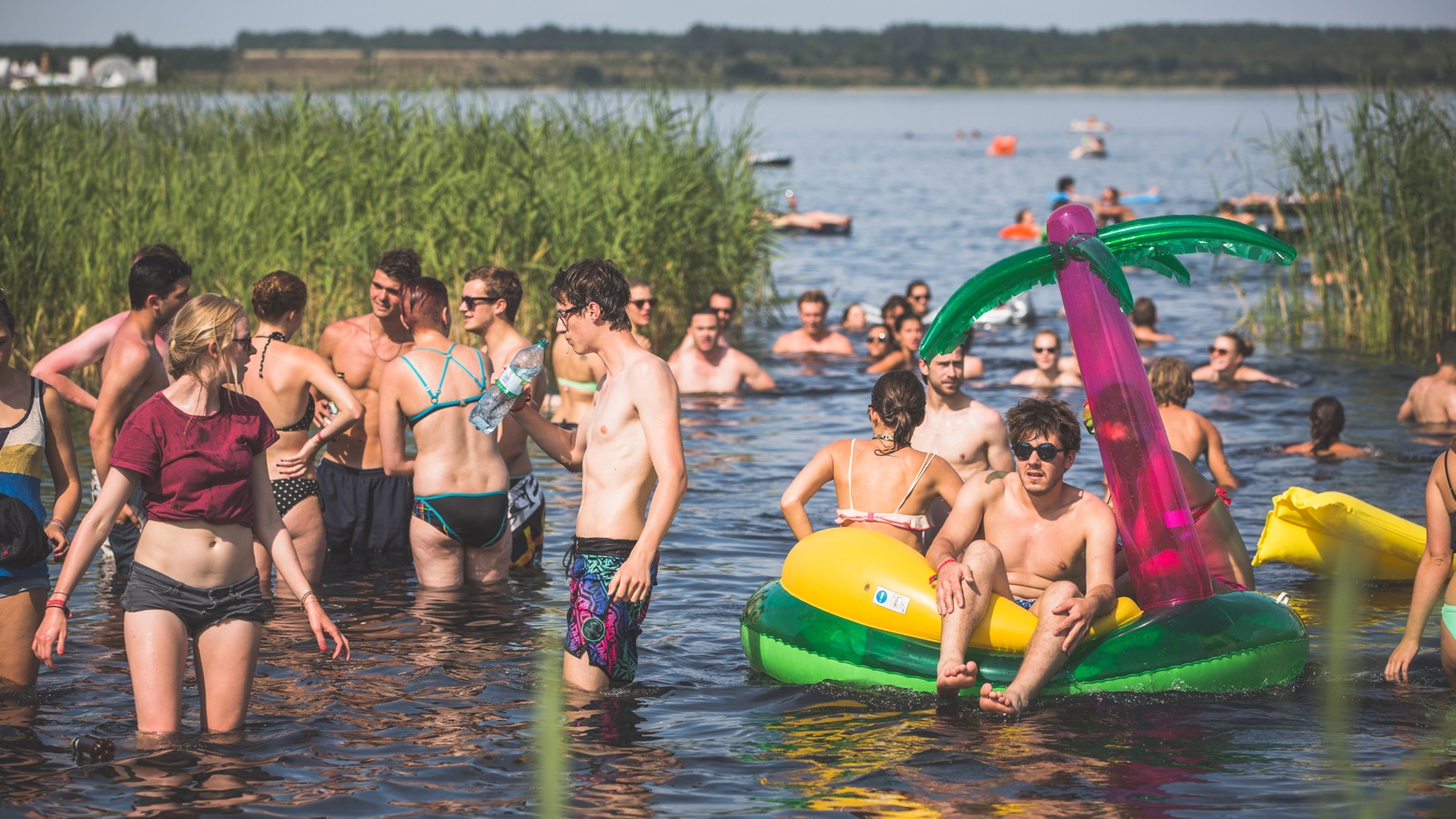 Sleeping in tents is hard during the summer, but thankfully for us, we could relax by a man-made beach by a lake overlooking the beautiful green rolling hills. Add the nearby Desperado MELT! Selector Stage, where we caught an incredible performance by Jamie xx during a dramatic orange sunset and grooved into the night with a soulful set by UK producer Bonobo, and we felt like we were in paradise.

Photo by: Robert Winter for Melt!

Sound can make or break a festival experience, but Melt! made sure high standards of sound permeated the grounds throughout the weekend. Whether at the main stage or farther away nearer to your campsite, the music was loud and clear enough to be felt. During heart-shattering performances by Nils Frahm, Body Grammar, and Mathew Dear’s newest music project, Audion, we could hear the complex, nuanced beats and layered melodies perfectly.

The majority of Melt!'s attendees come from Germany and other larger European countries, which had us feeling truly immersed in Europe's fest culture. It was refreshing, for once, to not hear English everywhere, and we welcomed the challenge of trying to communicate across language barriers. After all, when you're in a fest setting, linguistic and cultural differences go out the door, and cosmic connections from the soul are created in their place.

The volunteers and staff made this festival an unforgettable one. No matter how exhausted we felt, they treated us courteously, always with big smiles on their faces.

One of the music highlights of Melt! was seeing Kylie Minogue live. Accompanied by acrobatic dancers, this Australian mega-star sang hit after hit, wowed us with an impromptu tribute to Nena’s smash "99 Red Balloons," and ended with a heartwarming performance of “All the Lovers.”