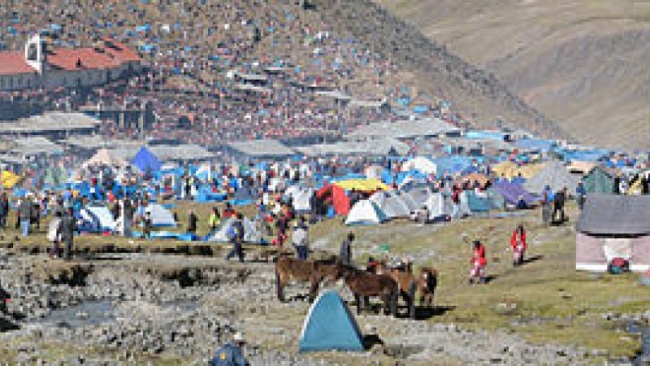 Tens of thousands of Peruvians (and a few from outside the country) make the annual pilgrimage in the thin Andean air of the Sinakara valley in southern Peru a few hours drive from Cuzco. This is a family affair as you may see four generations from the same family making this strenuous, 5-mile hike that leads to a bucolic site for camping, partly in the snow, to create a tent city of thousands of people. You can hire a guide in Cuzco to be your “Sherpa” by carrying your gear, setting up your tent and cooking your food. It’s easiest to do that through your Cuzco hotel in advance of your visit. 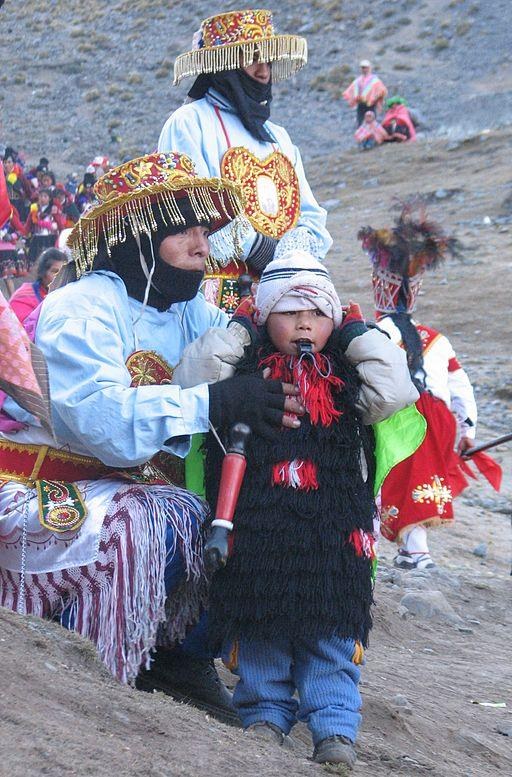 This celebration began in 1780 after an image of Jesus appeared on a boulder after the death of a young shepherd boy. You’ll see many people with crosses and pictures of saints and icons. The pilgrimage takes place just before the full moon before Corpus Christi, the Christian feast commemorating the Holy Eucharist. And, ultimately at the destination, there’s a small church where people light candles in this stunning valley.

But, to call this a Christian festival doesn’t do it justice, as these people of the land have a form of animism in their belief system such that they worship Apus (mountain gods), Pachamama (the earth mother) and Jesus, all at the same time. I guess they’re trying to cover all their bases. And, they dance to these gods in ritual costumes to the tunes of drums, flutes and accordions. When I spoke with some folks who’d done the trek, my sense was that the Jesus piece was what had been handed down to them from their families, but their eyes really lit up when they spoke of the power of the mountain and the land. The words one man kept repeating quietly were, “Earth is sacred.” Many people make the pilgrimage because they believe this sacred land will restore order to chaos. I think all of us can relate to that wish.