The last time alt-J hit the main stage at Coachella was 2013, and the guys were pretty far back on the bill. Now, thanks to the group’s steadily rising star and the whopping success of 2014’s Grammy-nominated sophomore album This Is All Yours , this year the band's name resides close to the top of the Coachella list, just a few bands beneath the big-font headliner.

alt-J’s keyboardist/vocalist Gus Unger-Hamilton (he's the guy in the middle with the glasses) tells Fest300 he’s excited to return to Coachella this year, noting the event always has “an amazing lineup, a beautiful setting, and they look after the artists really, really well.” The keyboardist also admits he has some “mixed feelings” about the musical extravaganza; mostly because the event is “definitely about being seen as much as it is about seeing bands.” 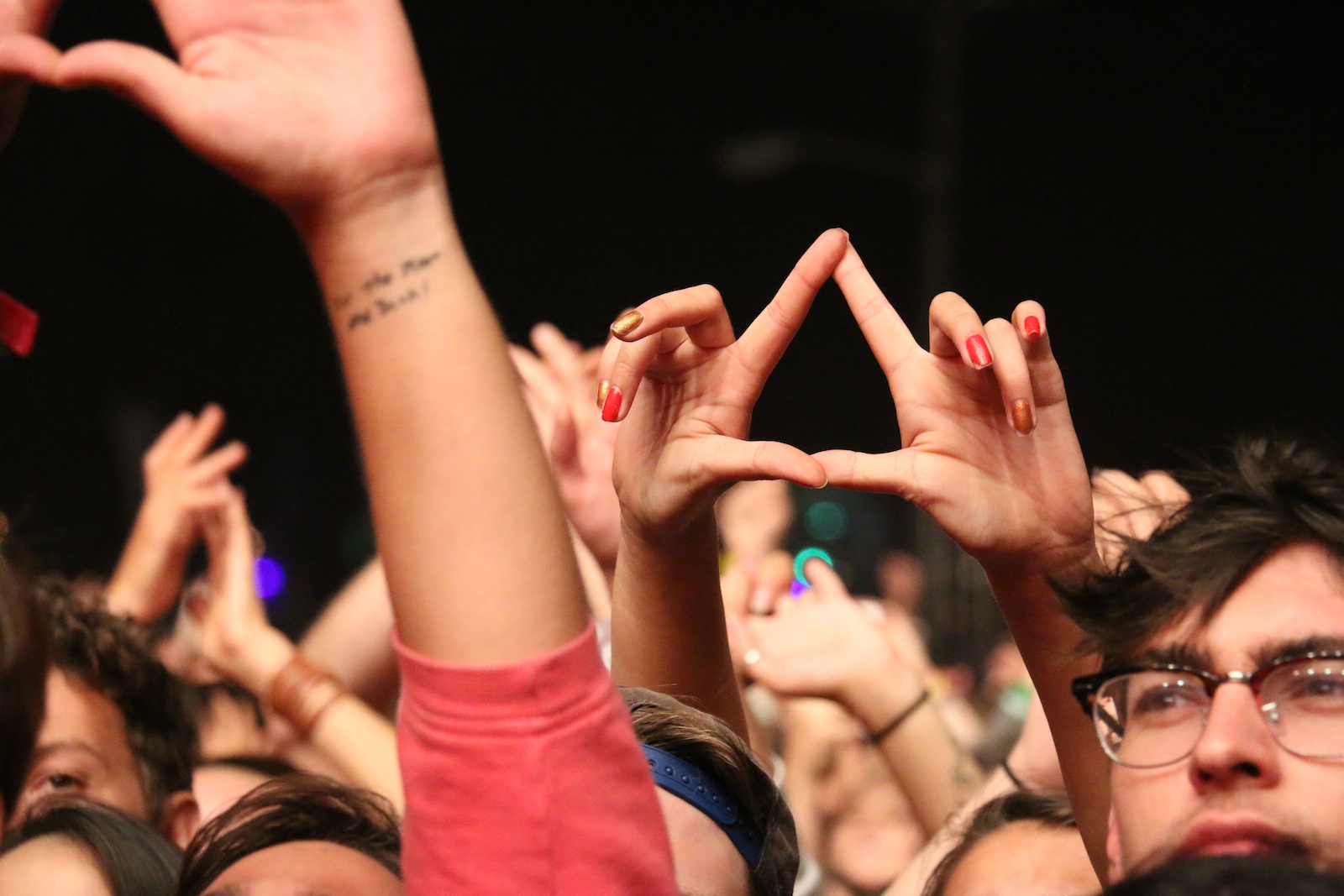 While Coachella is a great setting for friends to reconnect and make memories, for musicians it’s a chance for them to rub shoulders with their favorite artists. Gus says one of his favorite experiences at the event was running into Franz Ferdinand in 2013. “I grew up as a huge Franz Ferdinand fan, and getting to meet them was really amazing, and actually finding out that they were fans of ours, too, was awesome,” he reminisces.

Gus notes he also had a great time chatting with members of a few other acts on the bill that year, especially after he’d had a few cocktails in him. “I [do] a lot of that drunken ‘I’m going to go talk to this person because I’m backstage and nobody can stop me’,” he confesses. “I went and spoke to [former Smiths guitarist] Johnny Marr, and he was very, very gentlemanly. I [also] spoke to [multi-instrumentalist] Warren Ellis from Nick Cave [and the Bad Seeds], and he was a bit more confused as to why I was talking to him.” Despite the drunken ambush, Gus says he respects his fellow musicians’ privacy. If any of the artists don’t feel like chatting with him, “they’ll make it clear and I’ll just leave.”

With the band being much more recognizable these days, Gus says he probably won’t be roaming the festival grounds at Coachella as much as he did in 2013. “It’s not advisable to go wander around the crowd because it’s just gonna distract people from other bands,” he explains. “Also, you can’t necessarily let yourself go when you know everyone’s watching you,” Gus adds. He still finds it fun to mingle among the sweaty masses, but now he usually has to “put on some sunglasses and a hat” so he can blend in. 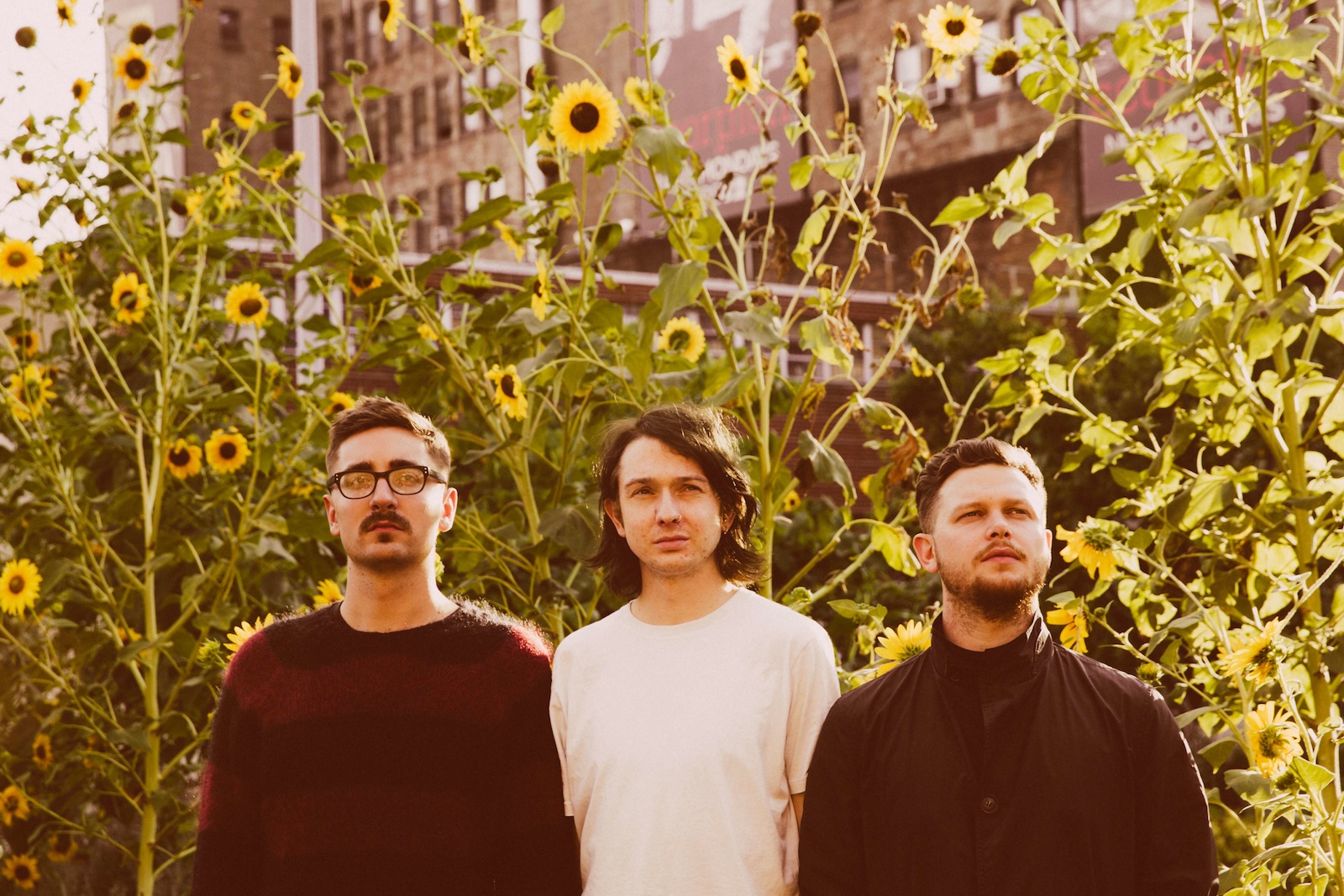 Before the guys rock the crowd at Coachella, the band will hit the road for a number of U.S. tour dates, starting with a headlining performance at Madison Square Garden in New York City on March 30. After that, alt-J’s summer tour schedule is filled with appearances at some of the biggest festivals around the globe, including Chicago's Lollapalooza, Spain’s Primavera Sound, U.K.’s T in the Park, Germany's Melt!, France’s Rock En Seine and Germany’s Hurricane Festival.

The keyboardist notes the band’s looking forward to playing in larger venues so that they can unleash their songs’ full potential. “I think actually some of the songs even sound better in bigger places,” he declares. “Some of the more epic songs almost sound too big for the small spaces, so I think at big festivals we’re able to let the songs spread their wings. I think that’s a good thing for us.” Gus isn’t ready to reveal everything the band has planned for their festival performances this year, but he did admit the guys have a plan to expose the crowds to the “really good light show” they’ve been using on their recent tour.