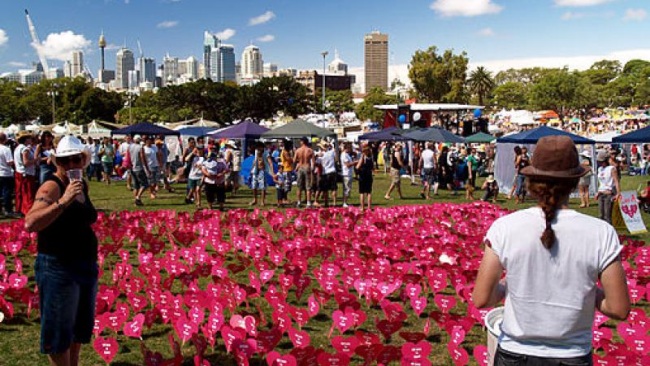 While the official website is thorough and engaging, there are all kinds of other ways to find out about what’s going on during the raucous few weeks when Oz takes on her Dorothy ways. First off, you might want to pick up Sydney’s largest gay and lesbian newspaper, the Sydney Star Observer. They also put out a free Sydney Gay and Lesbian Mardi Gras Official Season Guide.

There’s a Mardi Gras Facebook page with over 60,000 Likes that’s a helpful way to learn what’s going on during the festive month. For those who wanted more of a guided tour or sort of Julie, the Cruise Ship social director, you might consider booking an Atlantis Cruise during the festivities as I have friends who’ve done this and swear by it as a way of getting in the loop on some of the more off-beat and fun parties that they hear about on the cruise from New Zealand to Sydney.

And, given the nature of the friendly crowd, you can stop into any of the most popular bars – from Oxford to Stonewall to Columbian – and just chat someone up and ask about where there might be a private party. We also found that for the four or five days we were in town in many of the primarily gay neighborhoods, all you had to do was walk down the street and you’d see someone’s home front door open with hootin’ and hollerin’ inside and this was your welcome mat for a good time as the locals are proud to have so many out-of-towners visiting them.