David Lynch's Festival of Disruption Heads to Brooklyn in 2018

With three successful years hosting Festival of Disruption  under his belt, enigmatic filmmaker David Lynch goes cross-country to bring the show from Los Angeles to cinephiles in Brooklyn, New York for the first time this May. 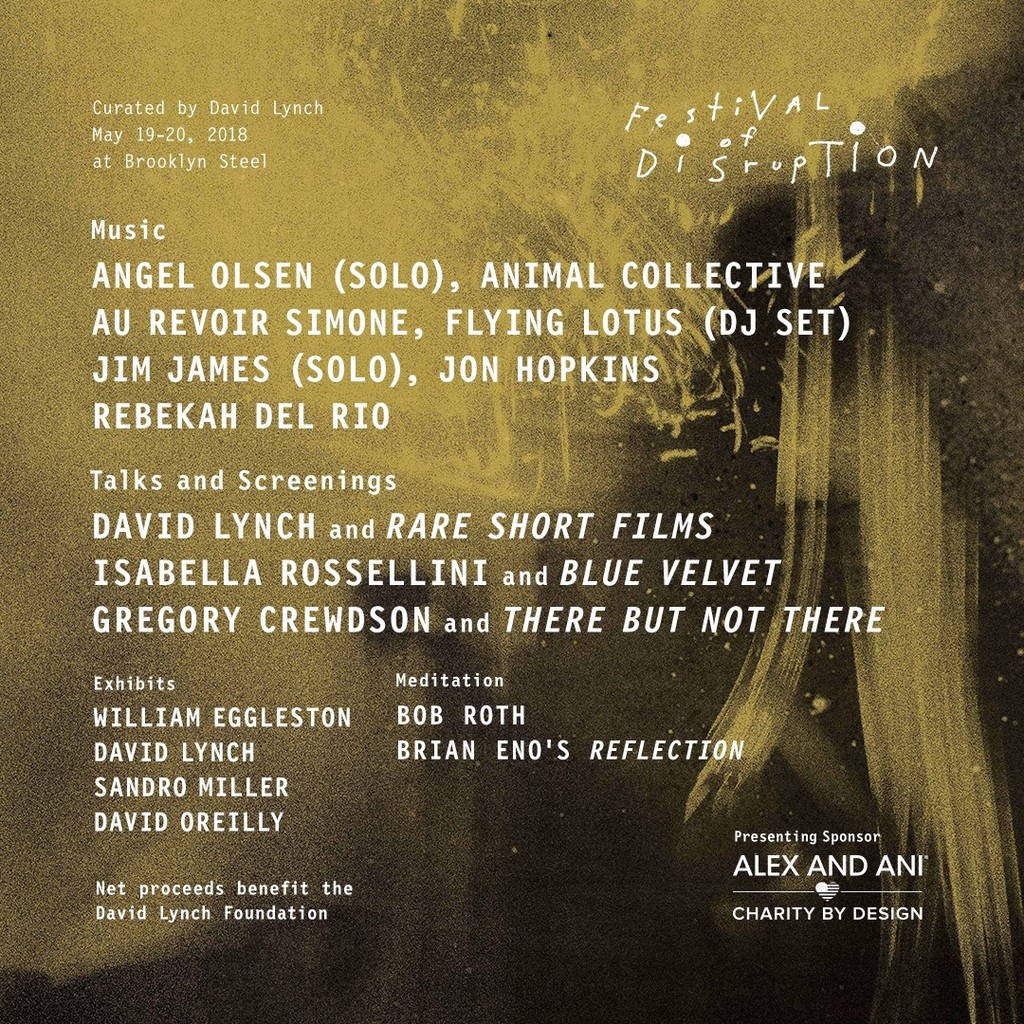 Photo by: Festival of Disruption