Did Politics Impact the Art at Art Basel Miami 2017?

Article by: Brittany NO FOMO

When Art Basel launched in the 1970s in Basel, Switzerland, women, African Americans, Native Americans, and America's LGBT community were fiercely fighting for equality, and the country was divided over the Vietnam War. Decades later, not much seems to have changed; our current era mirrors the wild roller coaster that was Art Basel's decade of origin, full of mistrust of the Presidency, the threat of nuclear war, and minority groups ferociously challenging and dismantling the status quo.

Regardless of the political landscape in the U.S. and across the globe, art has always, thankfully, found a way to help us escape – or teach us about – the harshest realities we face. Some artists choose to share impactful, profound messages (political or not), while others choose to bring light and levity to the world. Over the four days of gallery showings, it seemed as if Trump and politics in general were purposely avoided in the myriad contemporary art pieces we saw at Art Basel Miami this past weekend (although we did spot two small depictions of Trump along the way). Instead, many international artists focused on themes involving animals, and strong, inspiring female figures.

If anything, the sheer diversity of Art Basel Miami’s art and community of devotees was an uplifting reminder that we all can set aside difficult realities and political anxieties to come together to admire the creative mindsets of others. After observing and partaking in the marathon of art, we found comfort in the fact that the art world isn't always shaken by politics and remains a dimension where people revel in diversity.

Since Art Basel Miami’s launch in 2002, the official four-day event remains the art world's epicenter of celebration and diversity, featuring a mix of North American, Latin American, European, Asian and African artists and art galleries. Gallery events like Scope, Red Dot, Spectrum, Pulse, and Context curate modern and contemporary art experiences from around the world, juxtaposing different media including paintings, sculptures, installations, photographs, augmented reality, and more. Art Basel has, in recent years, expanded to include the DIY art community of Wynwood, where you can walk the streets to see 40-plus mural projects coming to life before your very eyes across six city blocks, thanks to both local Miami street artists and muralists from around the globe. And, of course, the electronic music world takes over every venue and hotel bar to curate all kinds of buzzed-about musical and artistic experiences. Many spaces even host art-inspired dinners to bring strangers together through food for inspiring communal meals.

Everywhere along the Art Basel Miami journey, whether walking the streets of Wynwood admiring murals or hitting up beach parties at lavish hotels in South Beach, the art world's camaraderie is palpable. We asked artists, gallerists, and visitors about any impact the political shakiness has on the international art world and Art Basel. With artistic expression at the heart of every event, they all seemed to share the same goal: to put any differences or worry about the world aside and simply experience the beauty of art together.

“For me, art is a way to escape from all the political stuff, escape from the real world. Just on this street, there’s three other international artists – guys from France, Italy, Spain – we’re all doing the same thing, working towards the same goal. So I guess it [politics] doesn’t really matter in the art world – I’m sure it does a little, but we’re not letting it invade our art world.” 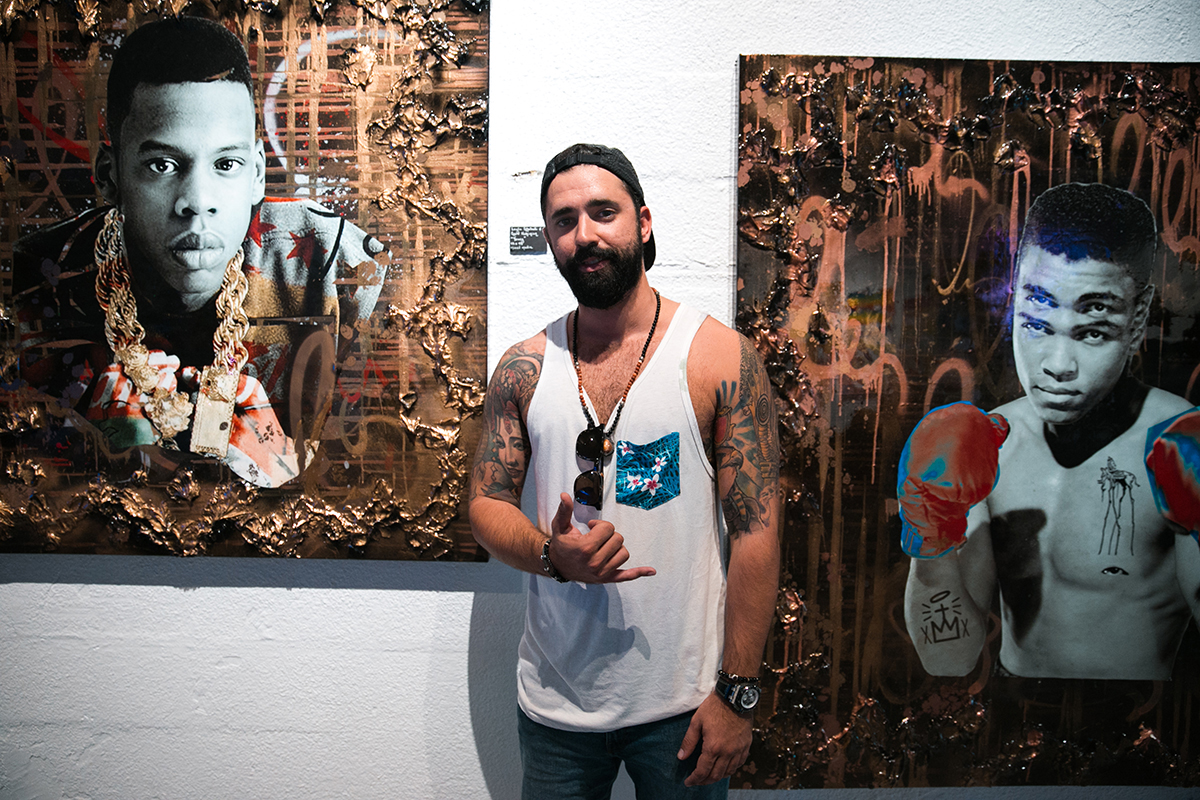 “I think as a society and all over the world these days, [art] is necessary. It’s a distraction from the reality – even though it’s part of a reality. But we all know for the next four to five days, everyone is putting everything aside to come experience art, artists, creation, connection, expression, and emotions. Even though sometimes people walk around galleries and they’re silent and very non-personal, it’s a lot of emotions we are reading. We are able to look into a strangers' eyes, and we both see two different things in the photo [in a gallery], but we both agree what’s in front of us is art. So a disagreement can [become] an agreement. It’s a good distraction from the day to day chaos…” 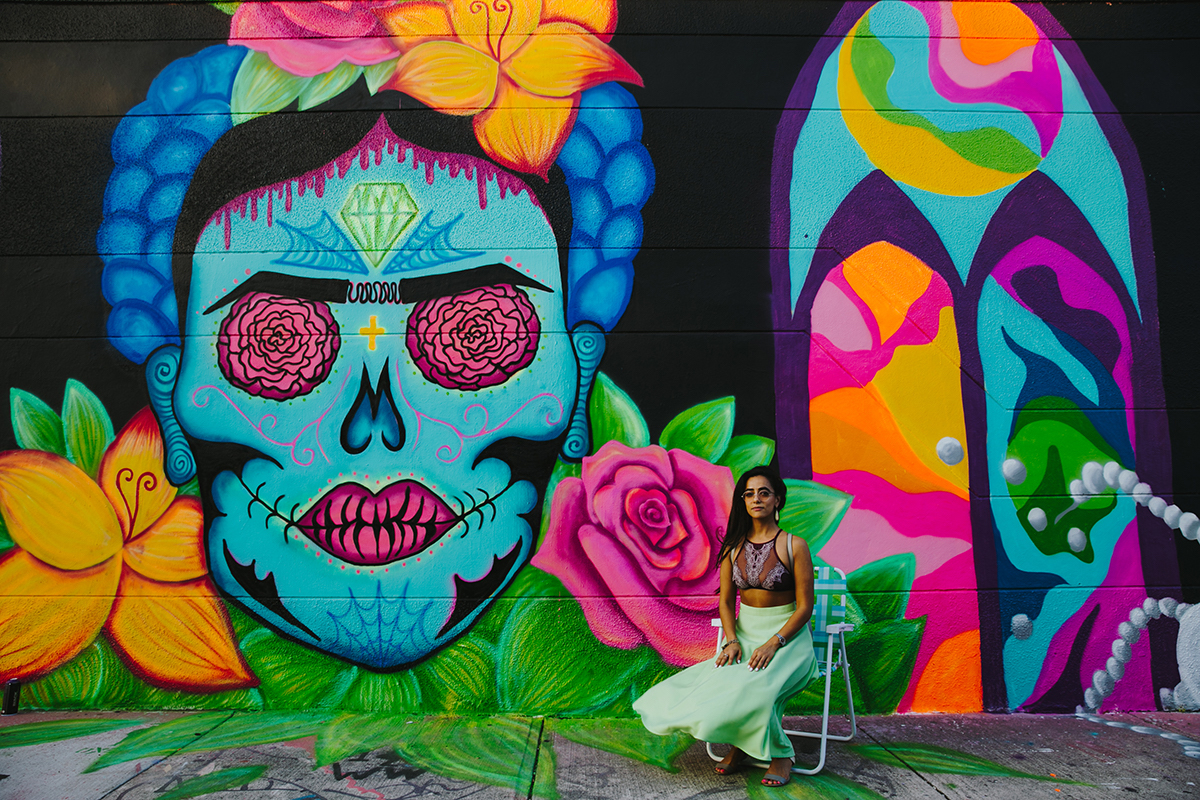 “In a world where it feels like we’re increasingly divided, it feels refreshing to spend time with seven friends, each of us from a different nationality, experiencing a collective appreciation of the art. We’ve been wandering through the many galleries, each of us sharing our perspective on the curations before our eyes. It’s interesting to see how each one goes about observing and processing, whether it’s paying attention to the detail, color vibrancy, layout, medium used, or the artist’s vibe. Our goal is to bond at a different level through the arts!”

“Well, most artists just use the subject [Trump and politics] as cheap propaganda...That’s my opinion.” 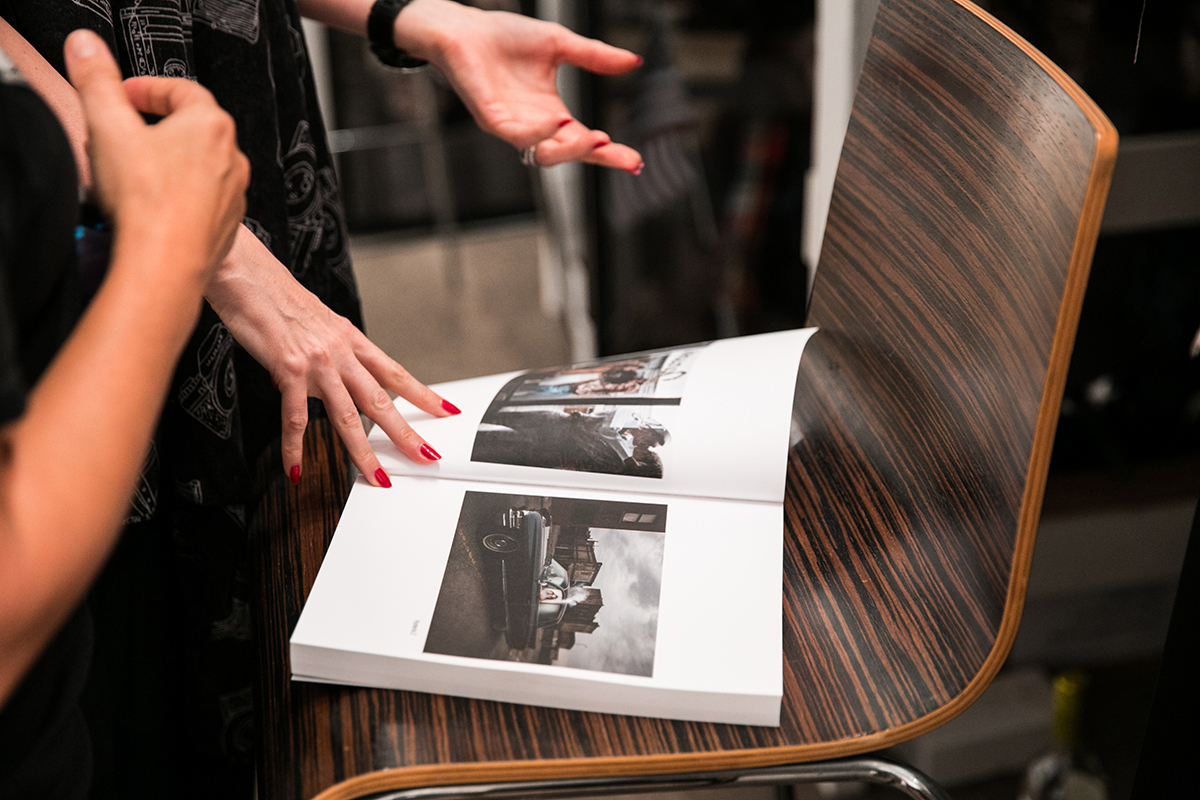 Launching their photo book Hysteria late next year, that holds images dealing with the beauty and brutality of post war, a time when it seemed as if America was at the height of its power and also on the verge of spinning out of control. Even though the imagery was taken in the '70s, the issues are still relevant in the world today.

Richielle: “A lot of people are cautious to say something [political]. They’ll like it [Formento & Formento photography] on Facebook, but would they actually hang it in their gallery? Many people don’t know what to say or are apprehensive to say something, but we if we don’t [as artists] who will?” 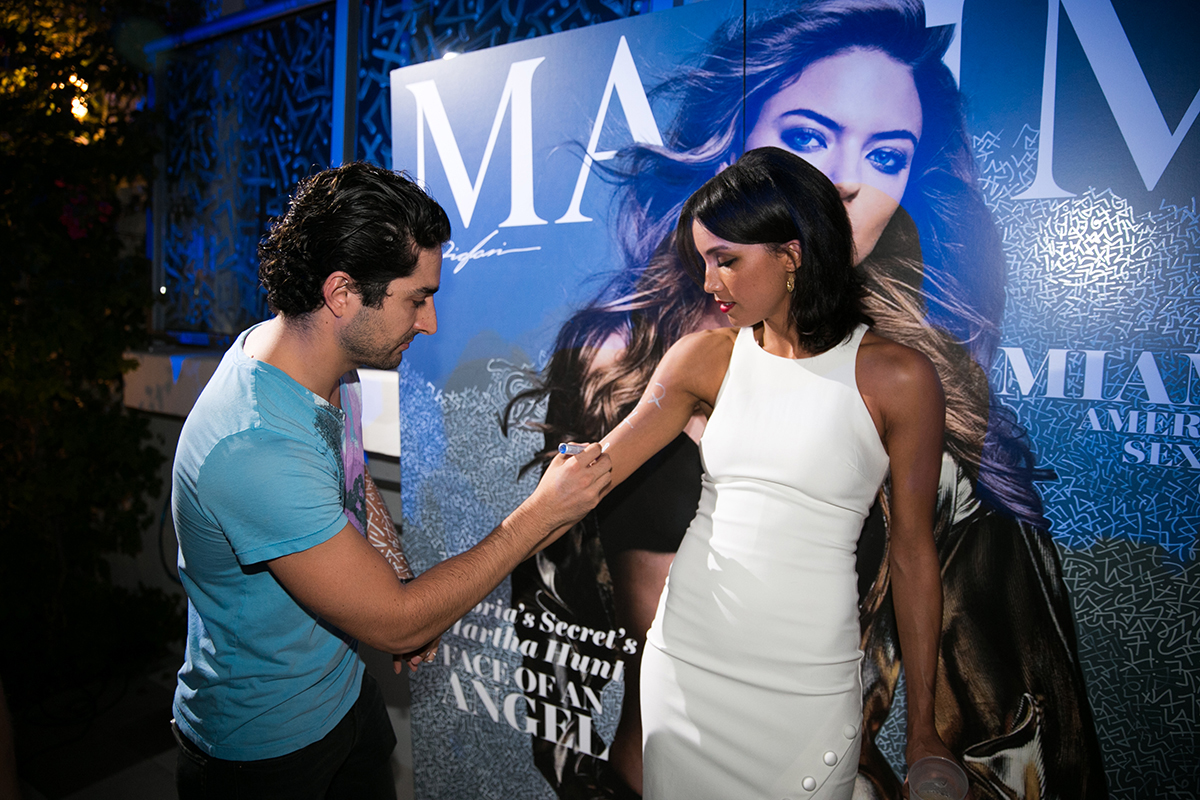 "It was exciting when people asked to wear my art throughout Miami. This respectful exchange really elevated the experience, not only seeing my designs on the static windows and artwork, but also watching it come alive as people moved throughout the crowd. I also got to hear the eclectic stories of many inspiring people." 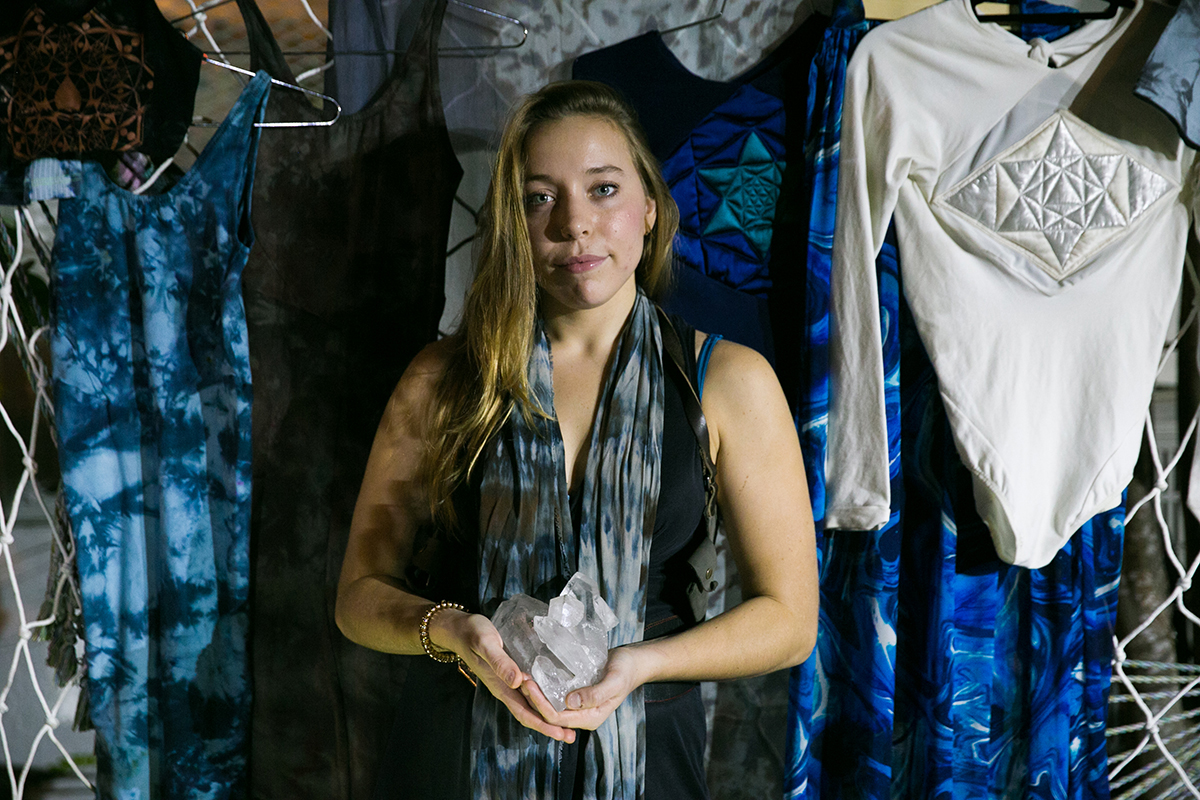 “I love Art Basel because everyone’s creative light and creative expression just fills the city of Miami. No one holds back.”