Andrew Jones or “Android,” as his family has called him since he was eight-years old, was born an artist. But it was in his 11th year, when the Colorado native underwent brain surgery for an aneurysm-like condition, that changed everything. "I had this first brush with death at 11-years old, one of the characteristics of it is that it got me a place where I lost most of my feeling of safety and trust in the world at large," said Jones. "But the one thing I gained was a lot of trust in technology. High-tech innovations and science saved my life, and while I was pulling away from the world, I could trust my solitude my imagination and drawing." 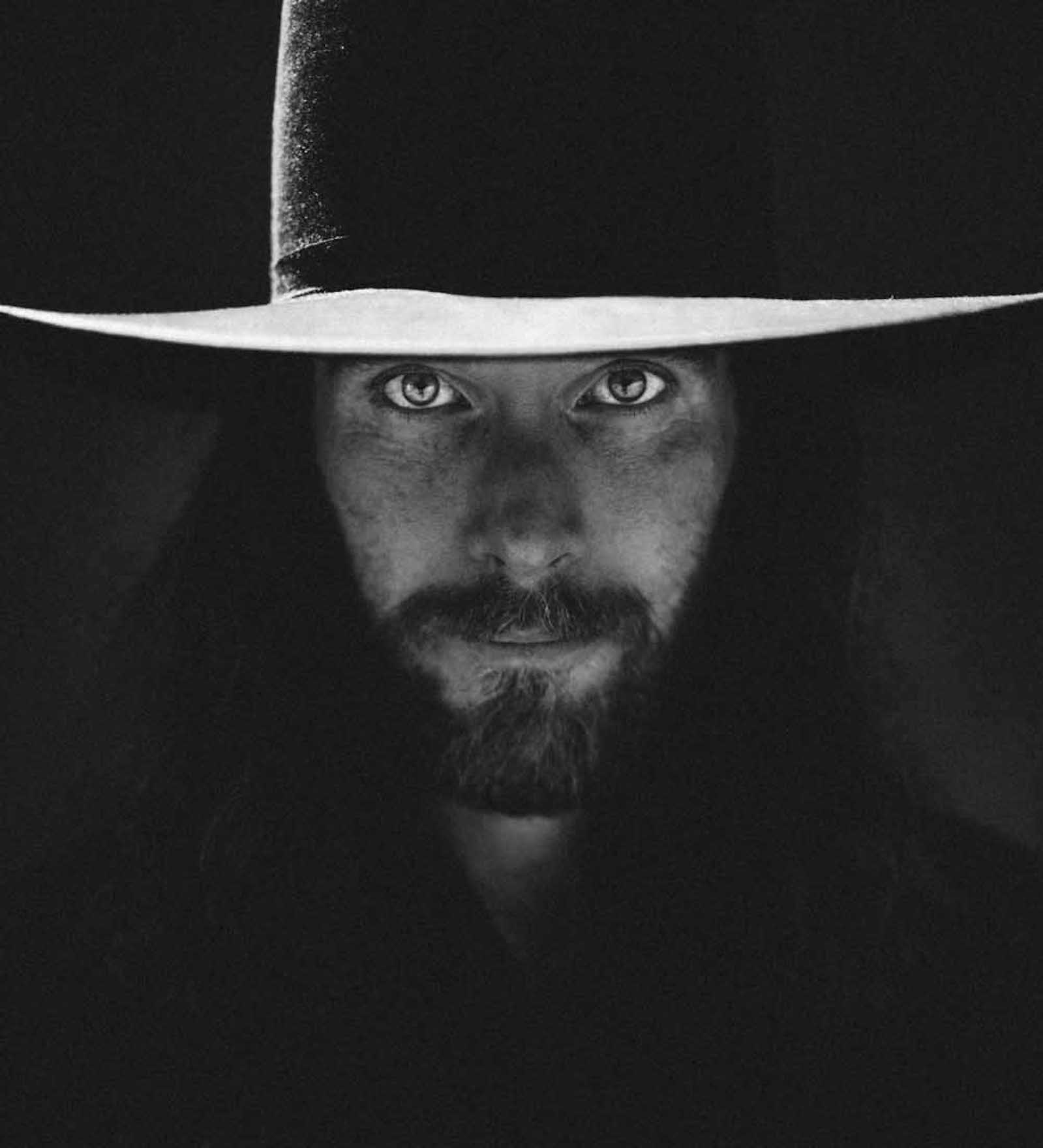 Though extensively trained in traditional academic drawing/painting and animation, a second turning point in Jones’ evolution as an artist came from a then-unexpected place: his first Burning Man experience. After learning about the festival through a co-worker while interning at George Lucas' Industrial Light and Magic and Nintendo, Android made his way to Burning Man in 2003 completely on his own. Immediately, he felt that he had come home to his tribe.

"I made my way to the Esplanade and saw the city, and knew I had finally found the place I belonged more than anywhere else," he recounted. "I knew something about the way I was interacting with the default world would never be the same again.” A pivotal part of the experience for Jones was riding across the playa, stumbling upon El Circo’s dome, watching Bassnectar play, seeing Tiffa’s costumes come alive on stage, and profoundly feeling that this group of "ancient, futuristic, gypsy vampire kids" were the friends he'd been searching for his whole life.

Through his experiences at Burning Man, he began to dive into the underground group of creators and artists that surrounded him in the Bay Area. He realized quickly that creativity, design and art were powerful currencies that were celebrated by this community. In 2006, Jones attended a visionary art show in San Francisco called Synergenesis. It was at this show he first encountered Luke Brown, Xavi Panneton, Carey Thompson and Alex Grey , and experienced what's known as Visionary Art.

“Seeing these artists who were experimenting with psychedelics, and the whole community around them, [a] realization occurred and the gears started turning," he said. "I thought, 'where do I sign up to get on this boat?'” Around this time, Jones attended a shoot for Random Rab’s video for “The Riddle.” “The shoot was in the basement of Obscura Digital, and that event alone was the root of all of the work I have done with Obscura," Android recounted. "It was a huge right of passage into the community, and another threshold deeper into this scene and their rituals in neo-tribal bohemianism.”

Android entered the festival culture to find his tribe, share deep bonding experiences, and contribute to the creative experience; the deeper he became involved, the more it continued to influence his career and artistic aesthetic. As Android made a name for himself, festival regular Lorin Ashton, otherwise known as Bassnectar , asked him to join his tour. Quickly realizing he didn't want to do his usual airbrushing on the tour, an idea percolated: he would do live art onstage during Bassnectar’s epic sets.

“[I thought] If I am going to be on stage, I can’t be hunched over a computer. If I was standing I could put straps on a Wacom tablet. So I made a rig using C-Clamps and did a test to see if it looked like an instrument.” Tangled in nerves and unsure if the concept would work, Android did his first live show at a small venue in Sebastopol, California. But at one point during the show, he looked out into the audience and saw someone visibly connecting with his energy, drinking in the experience of his live creations. In that moment, he recognized that this method of making art was his future, and he never looked back. It was also around this time, Android began experimenting more deeply with psychedelics.

“When I went on tour with Lorin, I was out of my mind making art nonstop like I had never made before," he said. "As an artist, I had spent my entire life making art in a cave, as a way of pulling away from the world and frankly, because people scared me. [But] decades later here I was making art surrounded by hundreds and even thousands of people, and instead of being isolated it was endless joy and enthusiasm, and light and color and sensation. I was doing [things that] people could appreciate in real time, and for an artist, real-time feedback is not usually part of the gig.”

From that formative tour, Jones then began traveling internationally to festivals like Lightning In a Bottle, Shambhala, and Boom. Jones recalls the first time he worked outside on festival grounds, which, at the time, was boundary-breaking for a digital artist.

“Festivals generate all these novelties and new conditions that would never happen on their own without these amazing creative people doing crazy things,” remembered Jones. During this time, he would create art literally until he would pass out from exhaustion and then wake up and start making art again. These fertile days of living life completely and utterly in the moment helped honed his artistic expression.

When Jones wasn’t traveling to festivals, he was at his warehouse in Colorado making art, conducting intentional, multi-day ceremonies, and taking psychedelics. “One time, something came through very clearly," said Android. "I had found this nexus of my creative birthright, and all the tools I used for visual applications [of my creativity]. I had a moment of feeling that the tools [I used] had evolved to a point and I had evolved to see how they were supposed to be used. I believe it is important for artists to take a step back and contextualize their contributions and how they fit into the puzzle of history. And I saw that, at that time, I was a unique intersection between technology, psychedelics, art and festival culture.”

Thanks to his tireless work, Android is now known as a pioneer in digital painting and projection art. He has projected his creations on the Sydney Opera House, the Empire State Building, and worked as a commissioned artist for the Royal Family of Abu Dhabi. While it’s clear that the experiences Jones has had at festivals on six different continents has helped shape his career as an artist, when asked what is next for him, he replied, “Our goal is to just try to claim some territory in the virtual reality realm that still upholds and celebrates art for the sake of art and is meaningful content. We want to claim that real estate before it gets overtaken by gross exploitation and carve out a niche for consciousness raising. The future is fully immersive.”

Get 15% off Android Jones entire store to take home one of these magnificent pieces, only with Everfest Premium.