In a scene so saturated with talent, it can be difficult to find your voice. Perhaps no other artist has carved out as large a niche for himself as Grant Kwiecinski, aka GRiZ .

Upon the release of his first album End of the World Party in 2011, he exploded onto the scene and made a name for himself opening for acts like Bassnectar and Big Gigantic. Since then, his snowballing popularity shows no signs of slowing, and he's become a staple on festival lineups all around the country. Known for his live saxophone playing, groovy beats, meticulously designed bass, and his signature “future funk” sound, his groundbreaking compositions become more and more cutting edge with each passing performance. We wanted to take the time to get readers a little more well informed about this festival all-star and godfather of future funk.

We first saw GRiZ in 2012 when he opened for Big Gigantic at Red Rocks in Morrison, Colorado. Since then, he has gone from an opener for big names in EDM to a headlining national act, playing sellout after sellout and electrifying dance floors at the most primetime festival time slots; just this year he's played Hangout, Lightning In a Bottle, Summer Camp, Austin City Limits, Holy Ship, Movement, and Symbiosis, among others. After closing out his all-star year of festival domination (did we mention he also won a few trophies at the most recent Cannabis Cup in Denver?) at Hulaween in Suwanee, Florida, he'll head to Europe for the first time, bringing his electro-funk overseas.

So what is future funk? It is the melodic, era-spanning genre that first sprung into its fantastic existence out of the rubble that dubstep left behind after it fell out of mainstream popularity a few years ago. Mainstream electronic music was in its fledgling stages, and more often than not, the complaints you'd hear about the most prolific DJs in the industry was that they never did anything live, and much of it sounded artificial. Producers such as Pretty Lights and Gramatik brought the idea of sampling old funk and Motown records to bring life and character to an extremely digital palette of sounds. GRiZ has taken this idea a step further, and gave a fresh, compositional depth to the sound of electronic music with his production, as well as the addition of his live saxophone chops and an accompanying live guitarist. On his 2012 album Mad Liberation, you can hear a rework of the jazz ballad, “I Fall In Love Too Fast” by Chet Baker. This track is one of the best demonstrations of GRiZ’s genius and a testament to how much his talents are helping to raise the bar for not only electronic music, but jazz as well.

And GRiZ knows how to share the love. He started his own label, All Good Records, for his own music and the music of many other funky festival staples: The Floozies, Manic Focus, Sunsquabi, and Freddy Todd. All of these artists are on the up and up in both their respective communities and nationwide, they're all on the cutting edge of the future funk sound.

GRiZ's 2015 album, Say It Loud, takes the idea of live electronic music to new frontiers. If there was ever a doubt as to what future funk is, this album is probably the most prime example of its existence. Nearly every track features a special guest, ranging from other future funk compatriots like Sunsquabi and The Floozies, to OG funk titan Ivan Neville. GRiZ says this album “took [him] around the United States, recording sounds from funk jam sessions to children's choirs, trumpet solos in the forest to saxophone lines in the boiler room of my house –it's an album for everyone. This music is meant to be experienced, danced to, sang along with, felt… that's what it's all about.” 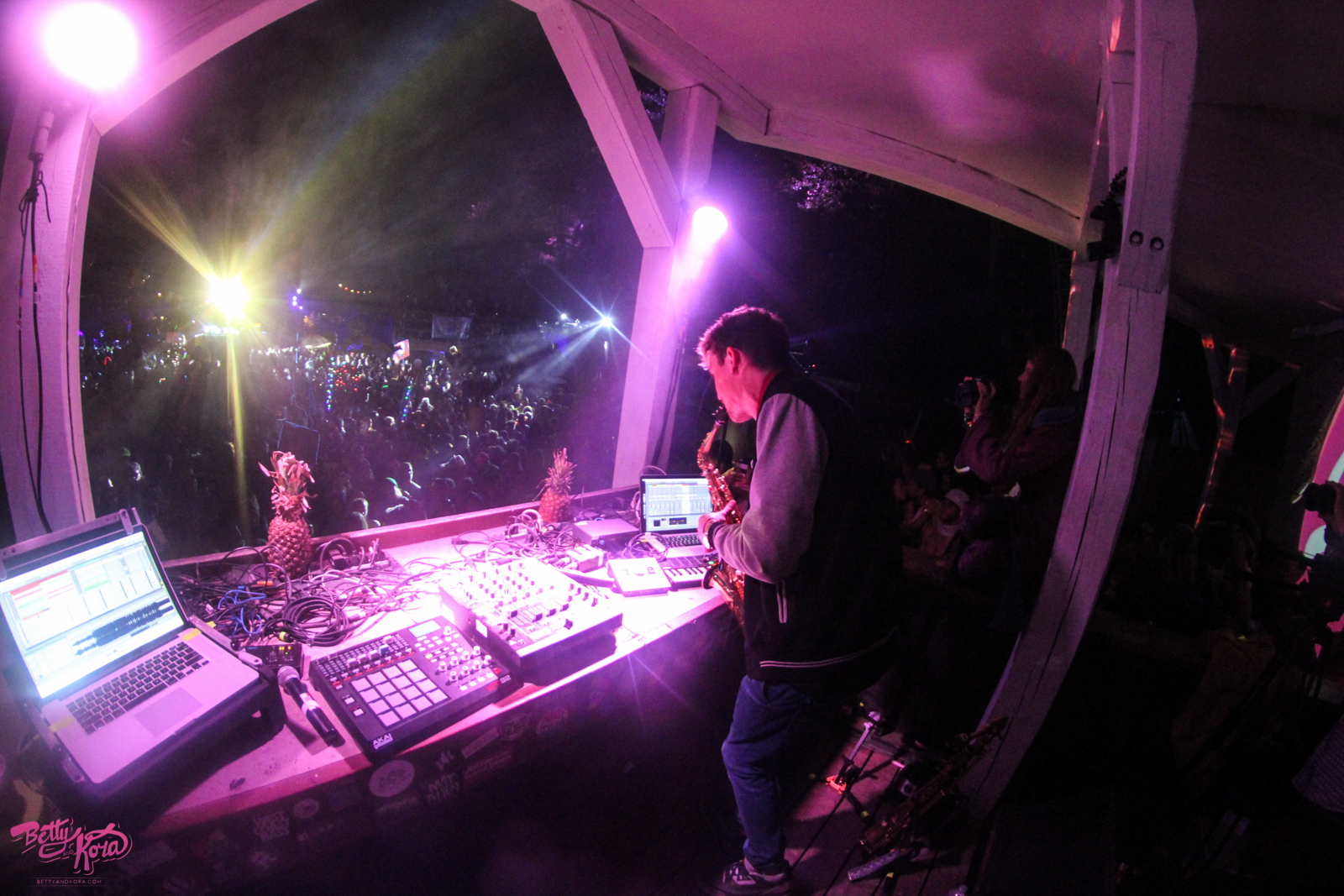 GRiZ performing at Shambhala 2015. Photo by: Betty and Kora

"You just have to go for it," he wrote in the uplifting op-ed. "I was surprised how supportive my family and friends were in my coming out and it gave and still gives me hope. I believe in the goodness of people. Yes, there is a lot of negativity and hate. Instead of giving into that fear and sadness, we need to shine. Shine so brightly that it inspires your community to do the same. It won’t always be easy, but the battle is worth it. Never ever give up on yourself. It might not be cool to love Britney Spears, study AP physics or play saxophone but, it’s totally cool to be gay."

Above all of the amazing music and vision, GRiZ made Say It Loud entirely free for download – which helped the LP reach #2 on the iTunes charts earlier this summer, thanks to his passionate fans. With his collaborative spirit, visionary mindset, and ambition, it’s no wonder that GRiZ is at the top of more U.S. festival posters than perhaps any other act right now.

“I think that people want to get as close to this music as possible and that’s how they go about making a decision to support it like that," he told Earmilk.com. "I’m really happy. I can’t believe that you give something away for free and people want to support it. Sending out a lot of love to everyone, they’re all really great people. Everyone who helps me helps me to have faith in humanity. It’s one of those shimmers of light.”