Every year Glastonbury's lineup is the focus of heated debate, discussion and excitement. It marks the end of a long annual process, which begins the second the previous Glastonbury ended for most of its patrons. The annual tradition of deciding to return to Worthy Farm as soon as you've left the site is standard fare for so many Glasto lovers; even those who claim it will be their "last ever" can't be help but be lured back by the thought of another five days of pure festival heaven. After that it really begins; saving up for the annual trip, cleaning the tent and other festival essentials ready for another adventure at Worthy Farm, the frantic (and pivotal) moments surrounding the ticket release, and then the rumour mill going into overdrive as everyone speculates about who will be headlining the Pyramid Stage across the huge weekend. Tabloid newspapers hedge their bets, punters join in the fray, musical superstars have every interview dissected by eager fans trying to pick up hints about their Glastonbury ambitions.

Now, finally, it's here: The full, unadulterated lineup, packed full of the world's greatest musical talents, from little-known folk artists to some of the leading heritage acts and underground DJs from all corners of the globe. 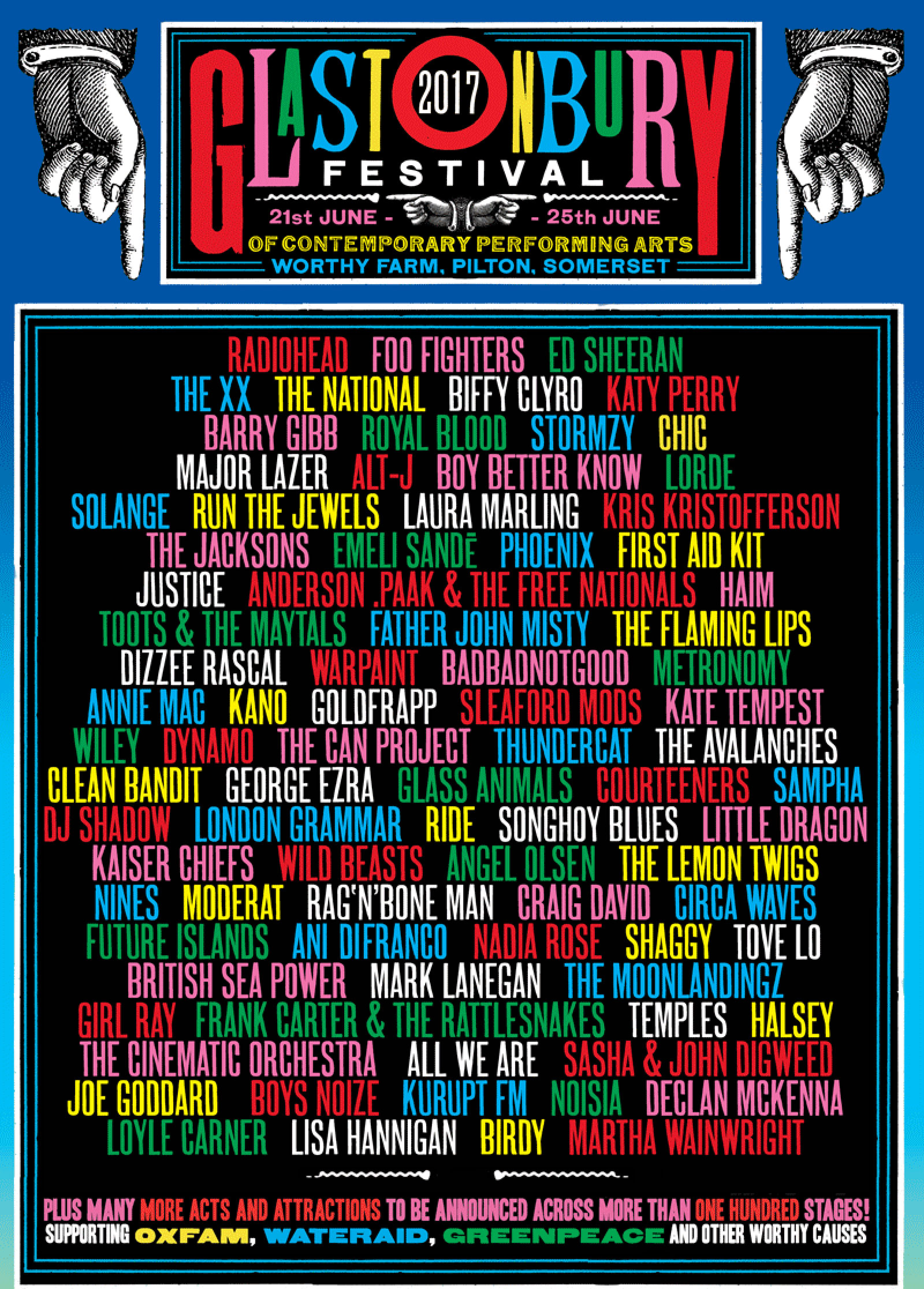 The good news is that there are still more names to be added to this gargantuan list, and you can be sure we'll keep you updated on all the new additions when they are announced.

For the nineties kids, the voice behind classic hit "It Wasn’t Me," Shaggy, has been booked to perform as well and Radiohead are rumoured to be planning a special set to honour the 20th anniversary of OK Computer during their headline performance.

All ticket buying fans must remember that this weekend sees the start of the cut-off period when Glasto-goers need to pay off the rest of their deposit – starting on Saturday April 1.