Is the Blood Festival Beautiful or Brutal?

After my Pamplona experience a month ago, I’ve come to appreciate bulls. And, I didn’t think I’d come across another festival so quickly that tested my conscience regarding the treatment of bulls. But this Andean festival, featured in Sunday’s  New York Times , could provoke a pretty fascinating conversation.

Watch the two-minute video and tell me whether you think the condor is honored or assaulted based upon the Yawar Fiesta (Blood Festival). It’s hard to argue that the bull is being honored, literally or figuratively. Here’s a slide show of some searing images from the festival as well.

Andean festivals aren’t for the faint of heart. At the Inti Raymi festival on June 24, a Southern Hemisphere winter solstice dedicated to the sun gods, the sacrifice of a white llama and the holding aloft of a bloody heart by a high priest captured so much animal activists’ attention that this ceremony is now simulated (no blood, no real hearts).

And, the Catholic/Pagan Qoyllur Riti festival earlier in June — at 15,000 feet on a mountain a few hours from Cuzco — has no animal sacrifices, but the serious hike in and out of the mountain valley where the Snow Star festival occurs might make you feel like you may be sacrificed at any moment. 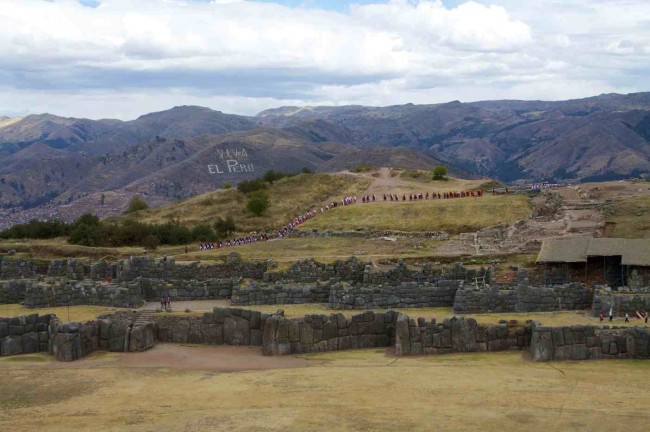