Austin City Limits' 2017 lineup was just released, but its organizers weren't finished there. This afternoon it was reported that ACL's app had sent out notifications containing Jay-Z lyrics from his track "Encore" ("Now, can I get an encore? Do you want more?"), and no one quite knew whether they were being trolled or not.

Turns out it was a hint worth paying attention to. Today the festival confirmed Jay-Z's addition to the 2017 lineup, automatically making the rap superstar one of this year's most anticipated acts – we love Chance The Rapper, but he's headlining over a dozen festivals this season already. Jay-Z plans his festival appearances sparingly. Despite running the Made In America Festival, he has only performed on its stages in 2012 and will again this year. He will also play the UK's V Festival this year.

The rapper joins the Red Hot Chili Peppers, Gorillaz, The Killers, Chance The Rapper, The xx, Martin Garrix, and more at this years festival, which takes place across two weekends – October 6-8 and 13-15, 2017 – at Zilker Park in Austin, Texas. 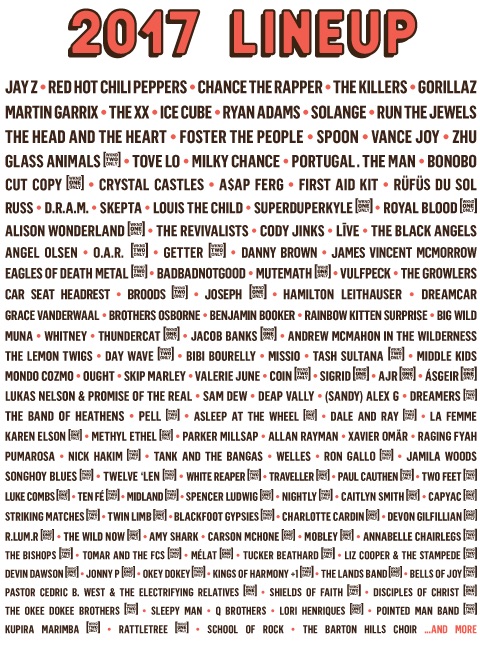