A few months ago we told you about the incredibly cool immersive experience coming to Glastonbury this year, a “drive-in cinema,” with a lineup curated by legendary filmmaker Julien Temple where fans would watch the films from theater "seats" made of 100 cars from 1960s America and Cuba.

Now dubbed “ Cineramageddon, ” that experience has evolved into a five-day film festival within Glastonbury itself. Instead of those original 100 cars, there will be fifty mutated vintage American and British cars, repurposed funfair rides and a Lear jet, courtesy of artist Joe Rush. Curator and doc filmmaker Julien Temple (known for his documentation of the global rock scene, notably in the UK, since the 1970s) assembled a lineup bursting with classics like American Graffiti, Akira, Easy Rider, and Dazed and Confused. Also screening is George Miller's Mad Max: Fury Road in its new,  intriguing monochromatic version .

Now, to add to alllll that fanfare, Johnny Depp has been announced as the “Guest of Honour” for the opening ceremonies. Depp will introduce his personal picks on the first day (including 2004’s The Libertine, in which he starred) and a handful of others.

Cineramageddon is a multi-tiered experience. Visitors can wander through the site's sculpture park during the day and catch a pre-release film, alternative classic or Q&A talk in the daytime Black Lamp Cinema tent before getting in the driver's seat for the nighttime screenings.

Get in here and book your car! Many of the cars' screenings are already sold out, and Glasto producers highly advise booking before you arrive. 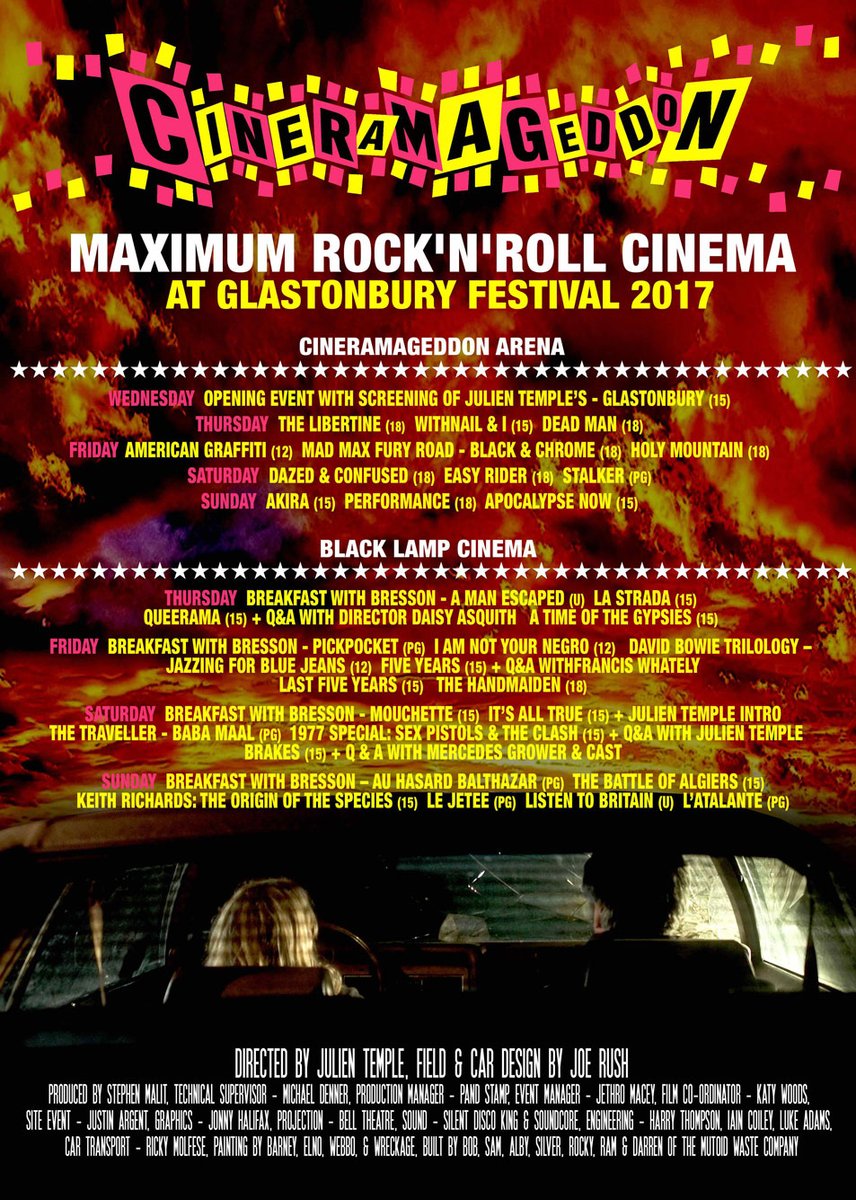