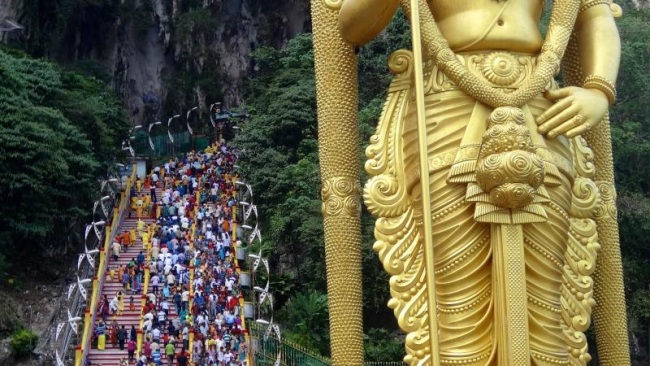 Landing in heat-soaked Kuala Lumpur after being on the road for 24 hours can be disorienting enough, but hightailing it straight to one of the world’s most graphically-jarring festivals had my stomach doing summersaults. Incessant chanting (“vei vel shakti vel”), monkeys screeching, wafting incense, a glorious moon, and a million people…you can get a sense of the spectacle with this captivating video:

Thaipusam falls on a full moon and is the celebration in remembrance of Lord Murugan who received the “vel” (sacred spear) from his mother, Shiva’s wife, to kill the three demons. Killing internal demons seems to be the order of the day for devotees. 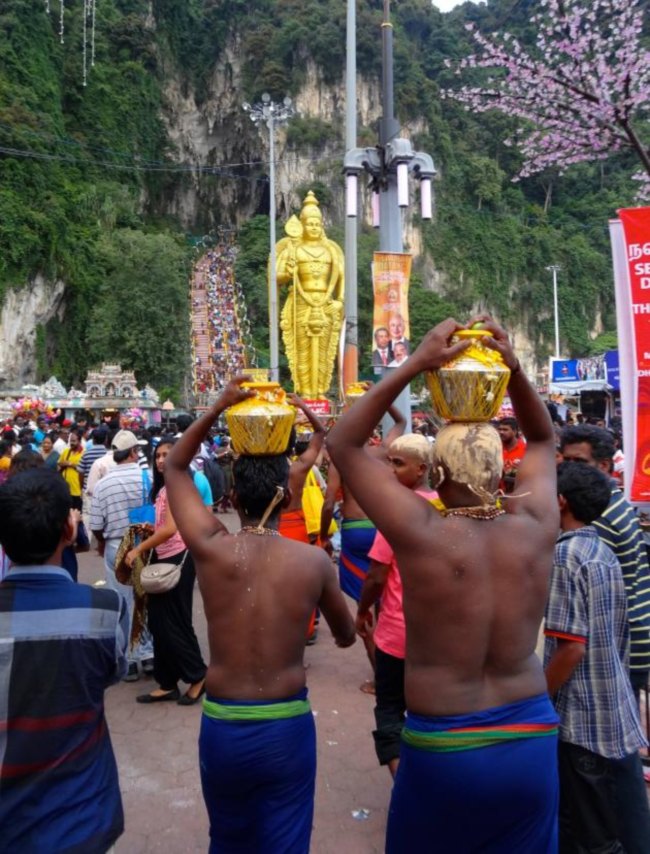 Devotees to ascend the spiritual staircase

The festivities begin with a chariot bearing the statue of Lord Murugan being drawn through the streets starting from Sri Maha Mariamman Temple and then on the second day (when I arrived), the fulfilling of the vows by devotees takes place at the Batu Caves after people walk barefoot approximately 15 kilometers (9 miles) starting in the middle of the night from Kuala Lumpur. The chariot returns to the Temple on the third day. 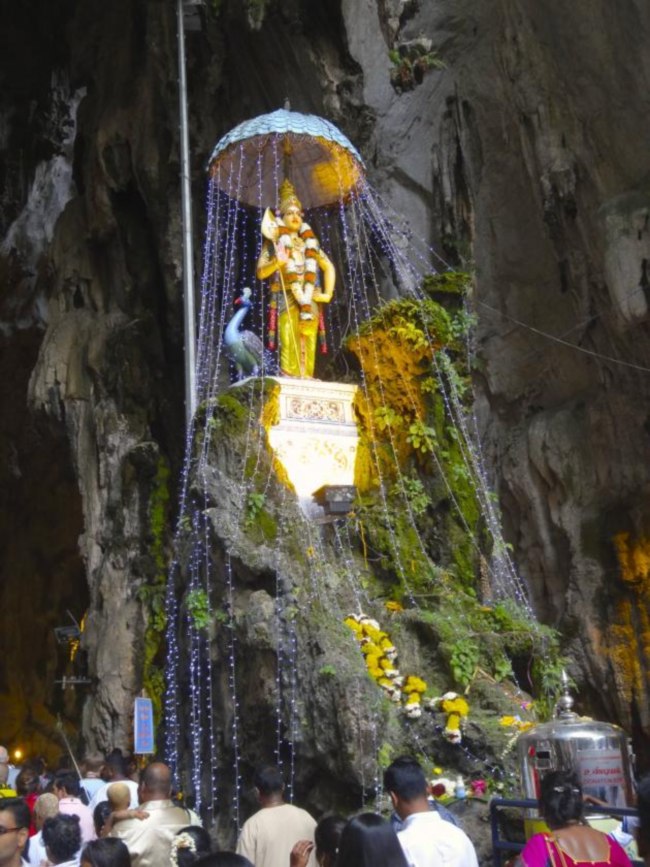 This is what awaits at the top of the stairs

The real highlight is watching the Hindu devotees carrying pots of milk and huge decorated frames (“kavadi” that translates to “burden”) supported by spikes that pierce their chests and backs as penance for answered prayers.The steep 272 steps to the Waterfall Temple at Batu Caves is the best place for viewing as the limestone hill is a natural wonder and gives you the vantage point to see much more. 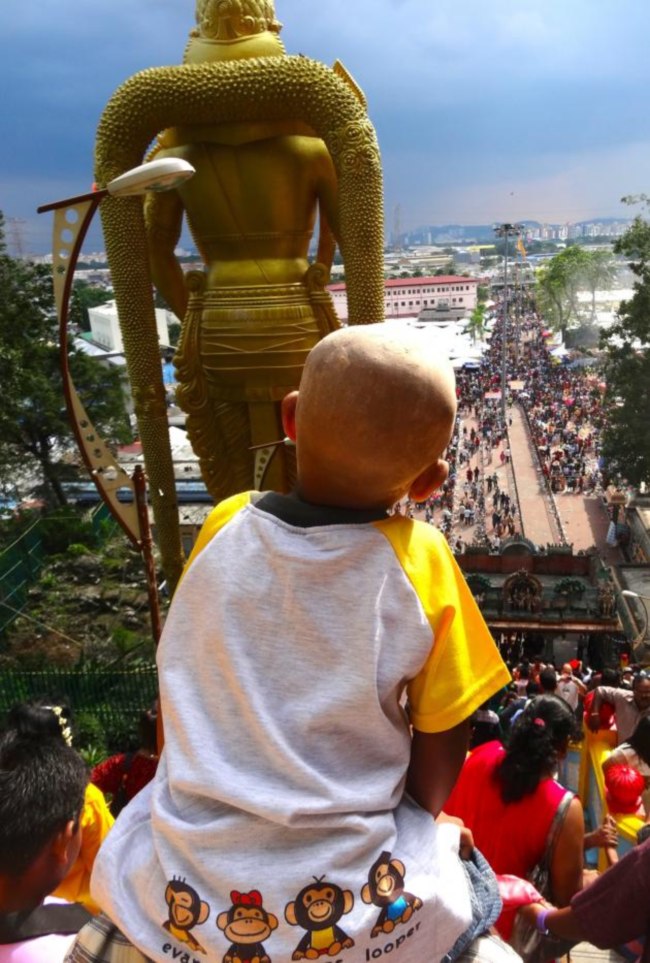 This is where some of the hysterics get most intense, as I saw a women faint while hiking up the steps and a man go into a trance dance halfway up. As one devotee said to me, “Life is an act of gratitude and this is the ultimate day of gratitude to our deities.”

While I was initially a little horrified by the body torture, within a few hours, I felt a deep empathy for the intense devotion and commitment of the Tamil Hindus I witnessed. This is truly one of the world’s great festivals of purification and atonement.