Meet the Christmastime Demon Who Steals Children During Krampusnacht Festival

Let's be real: who's scared of a jolly, pot-bellied Grandpa who bestows presents to all the good kids each and every Christmas? That yuletide tune "Santa Claus is Coming to Town" tells us we "better watch out," lest he decides to punish us for our transgressions – but we think the true Christmastime terror to fear is the Krampus.

This satanic creature that haunts central Europe is essentially a devil with flaming coals for eyes, matted fur and twisting stag horns who slaps people with birch twigs and kidnaps children in a large sack or casket so he can later drown or eat them. Some say Krampus is a holdover from pre-Christian pagan nature spirits turned into a devil by the Catholic Church. Some say he's always been a devil, as evidenced by his rusty chains and shackles, symbols of his escape from Hell. Either way, during the annual Krampusnacht Festival in the alpine town of Klagenfurt, Austria on December 5th is when he – embodied by up to 1,000 costumed men dressed as Krampi – comes out of the shadows for the enormous Feast of St. Nicholas parade and Krampuslauf : the Krampus run. 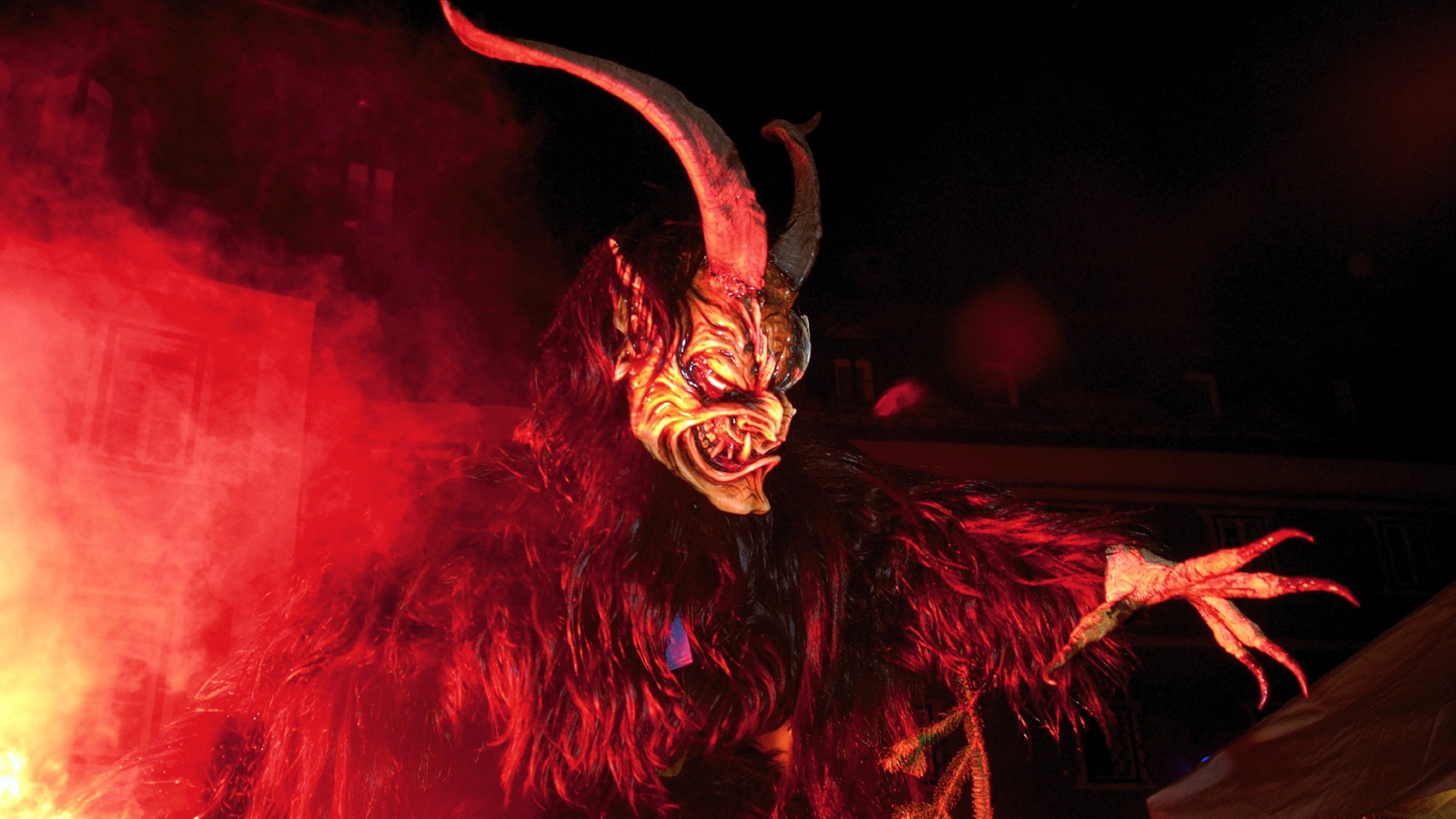 The parade through the streets that eventually morphs into a party, where many of the Krampi get drunk. There's a pagan spirituality element to the equation too; while some Krampi are having fun, others reference pre-Christian traditions of spiritual possession via the usage of mind-altering substances. Which is a nice way to say: some Krampi get crazy on the Krampuslauf . During the after party, expect to hear Black Metal; it's a popular in the area, and the mix of thrashy songs, pagan references, demon/devil iconography and general strutting machismo makes for a natural auditory backdrop to the Krampus crowd.

But the Krampuslauf isn't just a boozy, demon-clad testosterone time. Many treat the event as a costume contest, and the quality of some Krampus outfits is pretty amazing. In addition, many women take to the streets dressed as Perchta, a pagan goddess of Germanic origin; as a result, a Perchtenlauf (Perchta run) is now a standard component of the Krampuslauf. 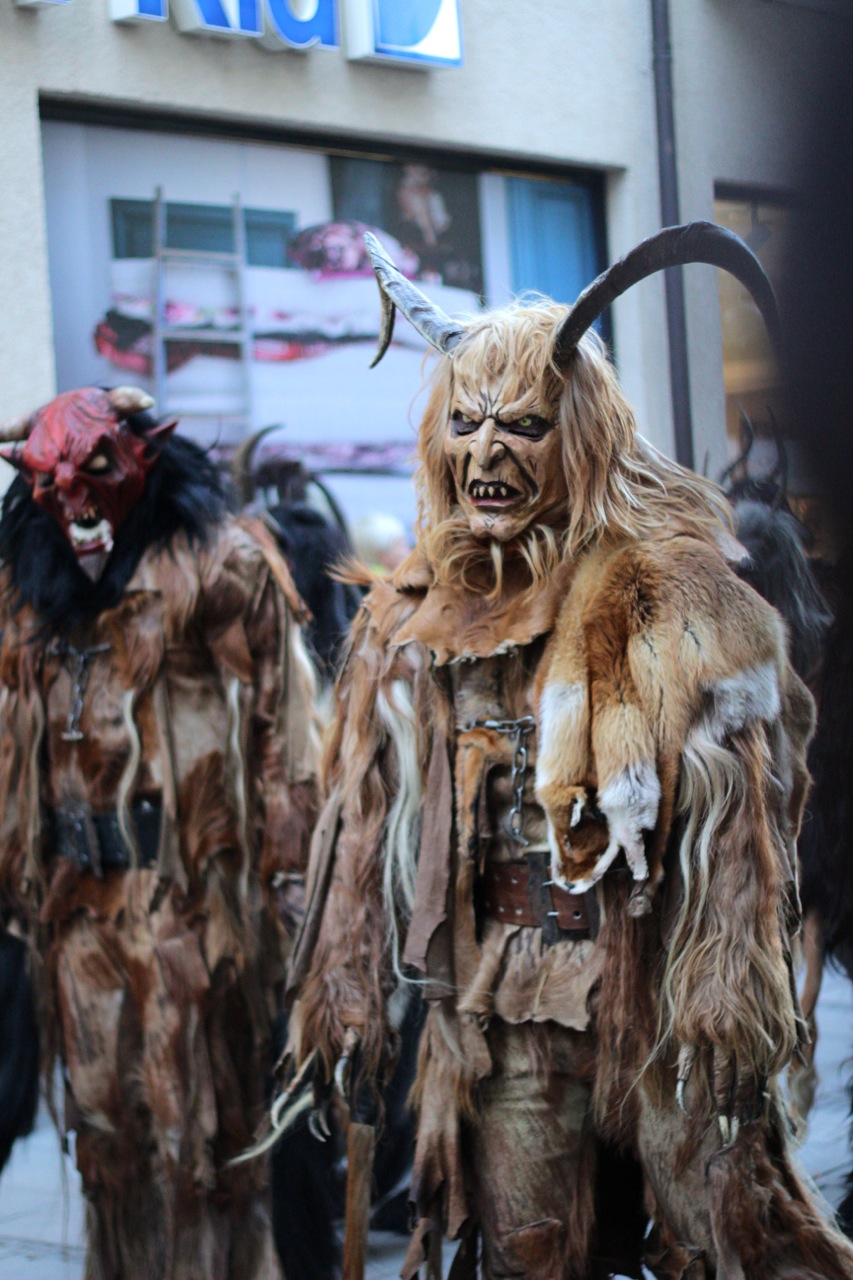 Many of those who take the pre-Christian origins of the event seriously do their best to evoke the fear Krampus originally inspired, and it wouldn't be hyperbole to say that for them, the Krampuslauf takes on mystical, and even religious overtones. For these runners, Krampus is the dark counterpart to the gemütlichkeit Christmas evokes. Gemütlichkeit is a hard word to translate, but it encompasses both coziness and conviviality, whereas Krampus is the other half of the winter solstice: darkness, cold, and snowy fir forests where branches snap and things go bump in the frozen night.