Vendors
Photo By: The Come Up Show via Flickr Creative Commons

Noise Pop Festival, the multi-venue fest that dominates venues throughout San Francisco and Oakland every February, just finalized its incredible 25th anniversary lineup. From February 17-27, 2017 the venerable independent fest will bring indie music, film, arts and culture to the Bay Area and always gives attendees inimitably intimate chances to see their favorite artists do what they do best.

The full music lineup includes new additions such as a special DJ set by members of Animal Collective and performances by Kelis, Julien Baker, Hudson Mohawke, Benji B, and many more. The eclectic lineup of shows is topped by Vince Staples, who played last year but at much smaller venues, former SF stalwart Ty Segall, comeback sets from The Radio Dept, MSTRKRFT and risers like PWR BTTM, Julia Holter and BADBADNOTGOOD.

The cherry on top is in the Bay Area's historic venues wherein these potentially history-making performances take place. Places like The Fillmore and Great American Music Hall and the many show-spaces within Swedish American Hall. Along with the grandeur of The Fox Theater in Oakland, Noise Pop Festival is where you can come see favorite acts or future favorites in intimate settings (Modest Mouse, Outkast and The White Stripes once played tiny venues at Noise Pop Fest before they were huge; Kamasi Washington played two nights in a 500 person room last year.)

Below is the full lineup, seen on artwork created by Shepard Fairey – world-renowned contemporary street artist, graphic designer, activist, illustrator and founder of OBEY Clothing. Badges for $145 are still available, as are individual tickets. 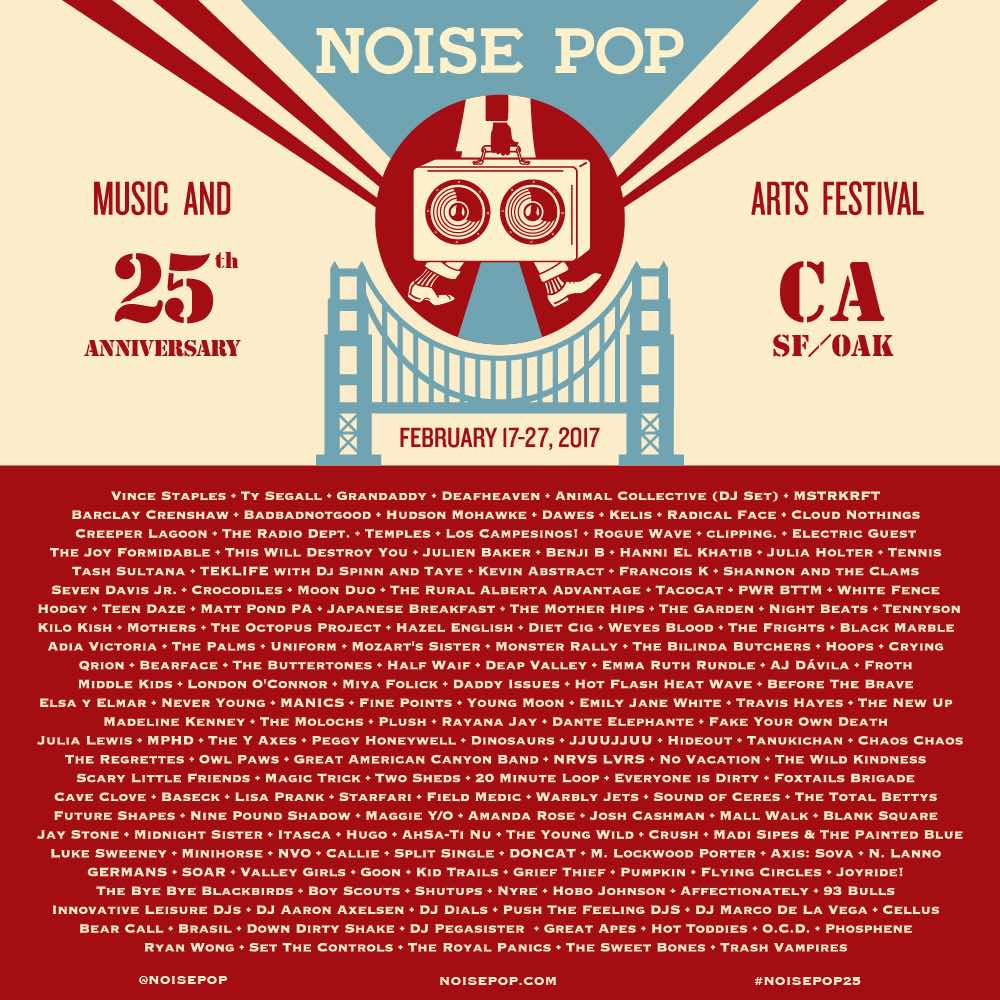