As one of our newest additions to our list of the 300 Best Festivals in the World, Nyege Nyege Festival in Uganda is also an important one. Why? Nyege Nyege offers a rare opportunity to see African electronic musicians who seldom play outside their home countries, and has come to be regarded as the African capital of the global bass music scene.

This year's lineup once again brings attendees the best in influential and eclectic musical acts influenced by the continent and abroad. 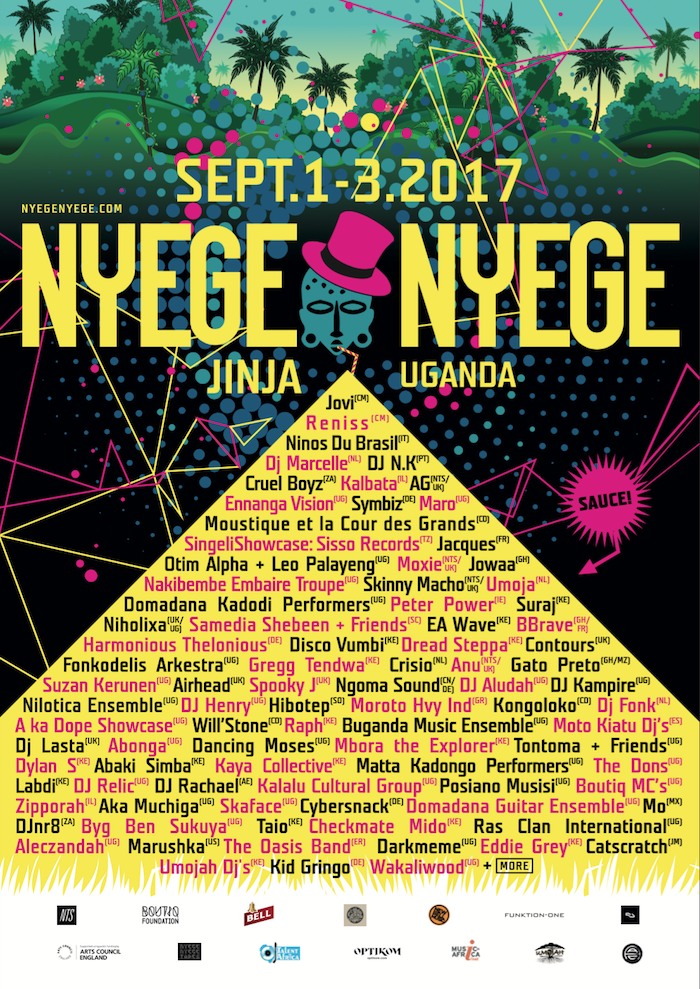 The 2017 edition places special emphasis on the rich diversity of Ugandan traditional music, with 13 different performance troupes from all corners of the country including the Domadana Kadodi Performers and Ennanga Vision, which is the collaboration with Owiny Sigoma’s Jesse Hackett and Buganda Cultural Ensemble’s Albert Ssempeke.

In 2016, Nyege Nyege (meaning "the feeling of a sudden uncontrollable urge to move, shake or dance") saw over 200 local and international artists take to the stage in front of 3000 festival-goers, and attracted a global audience thanks to its forward thinking curation of African music. It all takes place on Nile Discovery Beach which is surrounded by over four acres of lush, green tropical forest, with its own private beach on the Nile River and sculptures decorating the landscape. Sound idyllic? That's because it is.