Hot on the heels of a blazing Phase 1 lineup earlier this month, Secret Solstice just added three more big names to its upcoming 2018 festival, all of whom are playing Iceland for the very first time.

Thrash metal legends Slayer, who are embarking on their Final World Tour in 2018, will touch down in Iceland to destroy audiences at Secret Solstice, making it a rare and unique last opportunity to catch the iconic band. American rapper, label owner, and Billboard chart-topper Gucci Mane has also been added; his lucrative career spent pioneering the trap music movement is soon to be the subject of a Paramount biopic. British crossover group Clean Bandit, best known for their classical-meets-pop hit single “Rather Be,” will bring their buzzed-about live show to the festival as well. All three will electrify the main stage. 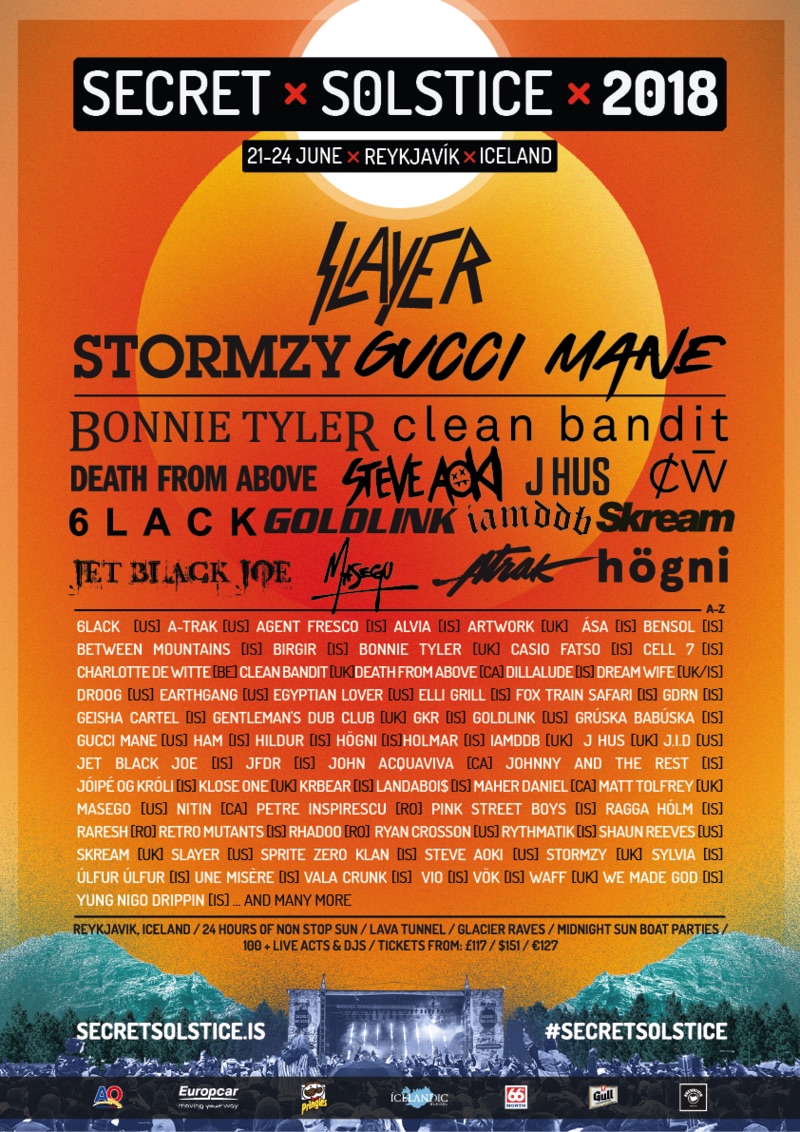 There's a lot to see and hear during the festival's 96 hours of continuous sunlight over the summer solstice June 21-24, 2018. Grab tickets here, while they're still around.

Keep an eye out for cool perks coming with an Everfest Premium membership!