Socially Anxious? 5 Ways to Thrive at a Festival

Just when you thought it was safe to go outside, the summer festival season has come out of hibernation once again, attracting droves of fun-seeking festies out into the world. For those who deal with social anxiety disorder (SAD) but want to experience the inimitable magic of festivals, going to one can feel like an apocalyptic nightmare.

According to the Social Anxiety Association, SAD is the third largest mental health problem in the world, but here’s the real kicker: a survey conducted by Harris Poll and Eventbrite found that 78% of millennials would rather pay for an experience than material goods – and the festival industry is booming, in part, because of it. So, how are you supposed to conquer such a baffling paradox during festival season?

While I’m not a doctor, I am a poster boy for the festival-loving SAD sufferer, and I have whipped up the following batch of survival tips to help you enjoy your festival experience. Each one is grounded in a powerful behavioral technique known as exposure therapy, a method that involves subjecting yourself to anxiety-provoking situations.

Start Small and Work Your Way Up

Festivals come in all shapes and sizes. If you’re riddled with anxiety like me, each one is more terrifying than the last on the hierarchy of human terror. Knowing that 50,000 people are going to descend upon the festival grounds is enough to convince anyone to live a simple life in a remote cabin with a gang of cats. However, by thinking big and starting small, you’ll learn how to tackle any shindig without breaking a sweat.

Search for festivals that aren’t regularly breaking global attendance records. Your city is bound to have dozens of local festivals with lower attendance numbers in interest of maintaining an intimate, family-like gathering. Consistency is key here — attend as many festivals as you can in order to break out of your comfort zone. You don’t have to dive into something like Bonnaroo right away. Work your way up to the big leagues so you can get a sense of how festival landscapes work, their atmosphere, and how people engage with their surroundings. 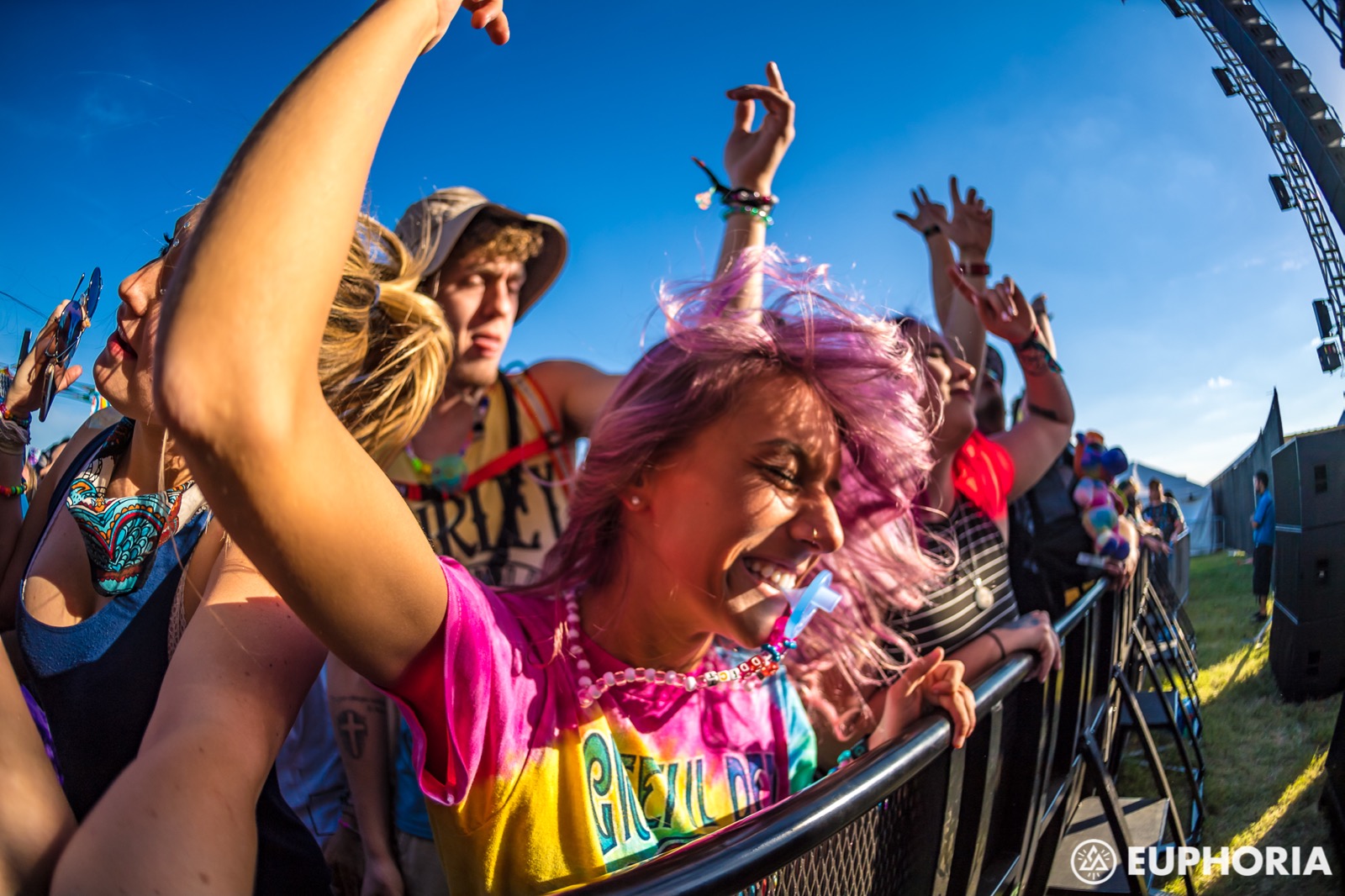 Snagging tickets to an upcoming festival should induce a rush of euphoria, but we know all too well that social anxiety has a tendency to rear its ugly head. Our brains are hardwired to scan the environment for any danger or threats, which, in this case, is the sea of humans we perceive as being equipped with an arsenal of insults and negative judgments. Their mere presence inspires a clusterfuck of emotions, and there’s likely thousands of them to boot. Your go-to solution is to scram, believing all the festivities aren’t worth the feelings of embarrassment and inferiority.

Avoidance is possibly the worst coping mechanism because it conditions you to fear what you’re avoiding even more. I recommend you to roll with the punches no matter how intimidating the situation is. While this seems counterintuitive, it doesn’t mean you have to muscle through the crowd like a nervous squirrel darting into rush hour traffic. Just ease yourself into the festive atmosphere knowing these people paid to have a positive and memorable experience, and are likely hoping to meet new friends. The more you put yourself in anxiety-provoking situations, the more desensitized you’ll become.

Don’t Look At Your Phone Every Five Seconds

When virtual relationships start taking precedence over real-world relationships, it’s time for a digital detox. Pew Research Center recently found that 77% of Americans own a smartphone, including 92% of young adults (ages 18-29). The data is troubling considering our penchant for whipping out our phones to check for notifications. After all, receiving a text message or a like on your witty Facebook status triggers little bursts of dopamine — the “pleasure” hormone.

Imagine you’re in the middle of a major music festival that’s swarming with people. Like me in any public space, you probably rely on your phone to escape the situation – especially if you’re rolling solo. Even though you’re still physically present, anything’s better than not having to look other people in the eye. But listen here: Staying glued to your phone is no bueno. There’s a lot of stimulation to contend with at any festival, but focusing in on a five-inch screen won’t help to relieve your social phobia in the long run. Just leave it in your pocket or your purse. It’s okay to fish it out for a quick photoshoot to document your experience, but only sparingly. Your eyes are essential for communicating via body language, and downcast eyes usually indicate that you’re uncomfortable, which decreases the likelihood of forging meaningful connections with fellow festies.

Lay Off the Substances

Let me preface this by saying you should always take your medications as prescribed. Accept that you’re socially anxious, and don’t leave the house until you’ve gulped down your pills. Of course, it goes without saying that social anxiety and substance abuse makes for one hell of a double whammy.

There’s nothing wrong with doing you, but not everyone responds similarly to the same drugs. This is true whether it’s alcohol, weed, laughing gas, or any number of psychedelics. Some will amplify your anxiety, while others will give you more confidence than Ja Rule and Billy McFarland. The unpredictable nature of it all is not worth the risk, especially if you’re prone to having panic attacks.

Be the Social Creature You’re Designed to Be

Psychologists have learned a lot about social isolation from controversial studies like Donald Hebb’s sensory deprivation experiment and Harry Harlow’s monkey experiments. As previously stated, avoidance is a surefire way to be afraid of people for the rest of your life. I’ve bailed on countless parties, festivals and even trips to the mailbox out of fear of being judged by someone in the vicinity. In some alternate universe, those people I eluded could have turned out to be long-lasting friends, or at least a reliable crew with which to hit up festivals.

No one is going to spend hundreds of dollars on a ticket to throw shade at complete strangers. Festivals are chock-full of positive vibes and friendly faces who want to have a good time. The fact that a zillion people had the same idea as you to attend a particular festival should be evidence of sharing at least one common interest. Make an effort to strike up a conversation with one or two people in the beginning, and as you attend more festivals, you’ll become more sociable. Never let social anxiety dictate your personal relationships, otherwise life will forever remain a long bout of awkward, tomato-faced silence.