Talking With David Binder About the Best New Cultural Festivals 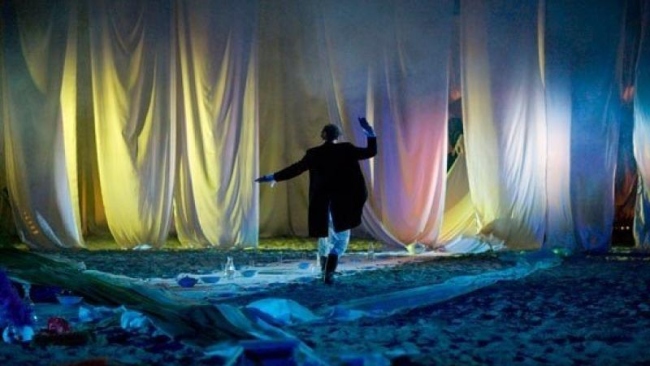 David Binder’s TED talk on how arts festivals are evolving was a revelation. It prompted me to reach out to him and chat about what new festivals in the world are creating transformative experiences for their audiences and are a hint of the immersive nature of 21st century festivals.

David told me that a great theater experience is like travel. Most of us have had that experience of being in a foreign country and ending up at a dinner with locals, venturing into an unknown neighborhood, or even making a life-long friend. Upon returning home we tend to wonder why that can’t happen as easily on our local turf. But the truth is that for most of us, when we travel to a new place, we’re more open.

When audiences sit down in a plush red chair in a familiar-looking proscenium theatre, the questions are: Will it be one act or two? A play or a musical? Take them someplace unexpected, and the paradigm shifts. The two festivals that he most recommended were the Oerol Festival in the Netherlands and the Manchester International Festival.

I’m particularly intrigued with the Dutch festival as it’s each June and requires you to take three trains and a boat from Amsterdam as this site-specific theater is all held on a small island and all over the island at all times of the day. You rent a bike and just pedal around experiencing life and theater at the same time. You might see a string quartet in underwear under a tree in one spot, a modern dance company set against the ocean backdrop, or a gripping play in a barn. It’s popular (50,000 attendees each June) but David says it feels like you’re in this very cool small town. Sounds like a groovy northern European version of Mayberry RFD. Let’s go Dutch!