The Nature of Guru Devotion at Kumbh Mela 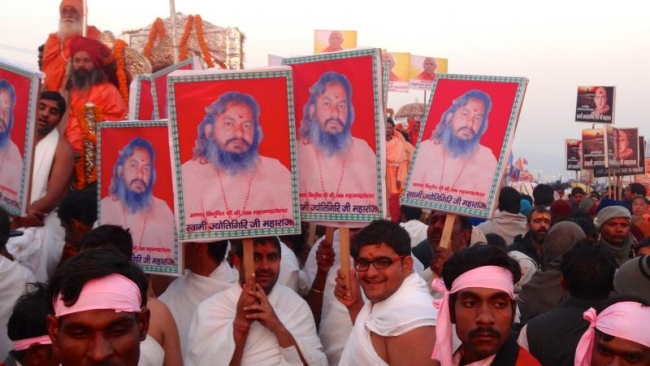 On the most auspicious bathing days, there are guru parades with followers carrying placards and singing their names

You don’t need a guru to enjoy Kumbh Mela. I don’t have one, other than my occasional slavish devotion to my iPhone, and I was still mighty intrigued by the devotional nature of this sacred festival. But, for those who are followers of a particular Hindu sage, this experience – especially getting considerable face-to-face time with their ultimate mentor – is as good as it gets on the earthly plane. 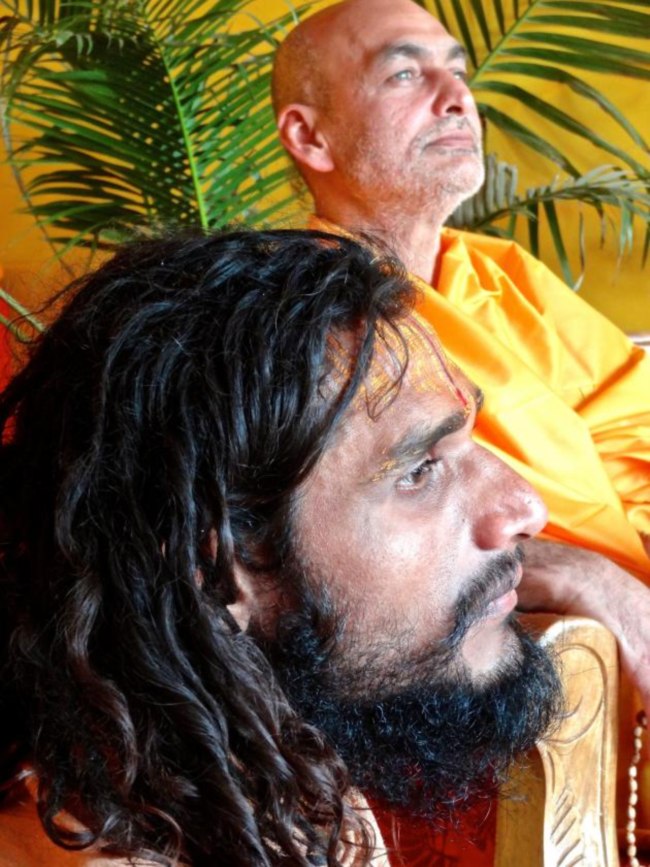 Ascending gurus like Brahamrishi Maunibabaji have multiple assistants – with his chief, Fhoola, right by his side

After doing nine days of an Indian spiritual tour, I will never look at my father’s aunt’s name (Baba) the same way ever again. Trying to sort out who’s climbed the Hindu stature high enough to be considered a baba is often just a matter of looking at the quantity and quality of their followers. 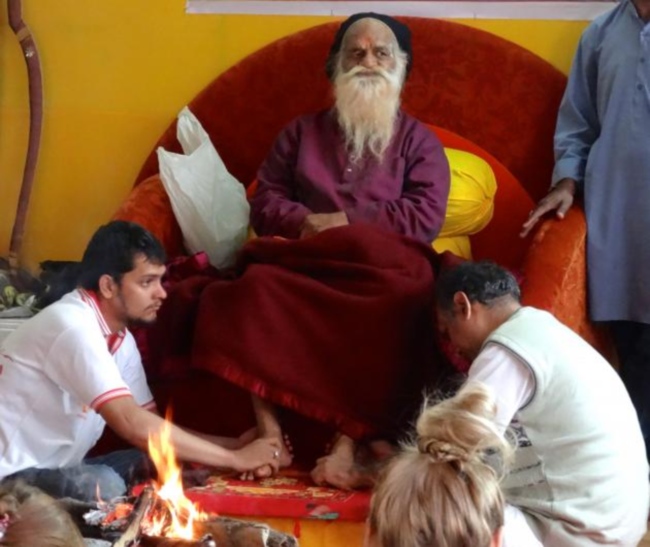 I found the guru parades – with marigold-attired tractors pulling the gregarious gurus – akin to a 4th of July parade and picnic in small town America, or maybe it’s on the high school playground with the enthusiasm of rallies for Student Body President candidates. Most of the more well-regarded and higher-ranking gurus chose not to use these public displays of boosterism. 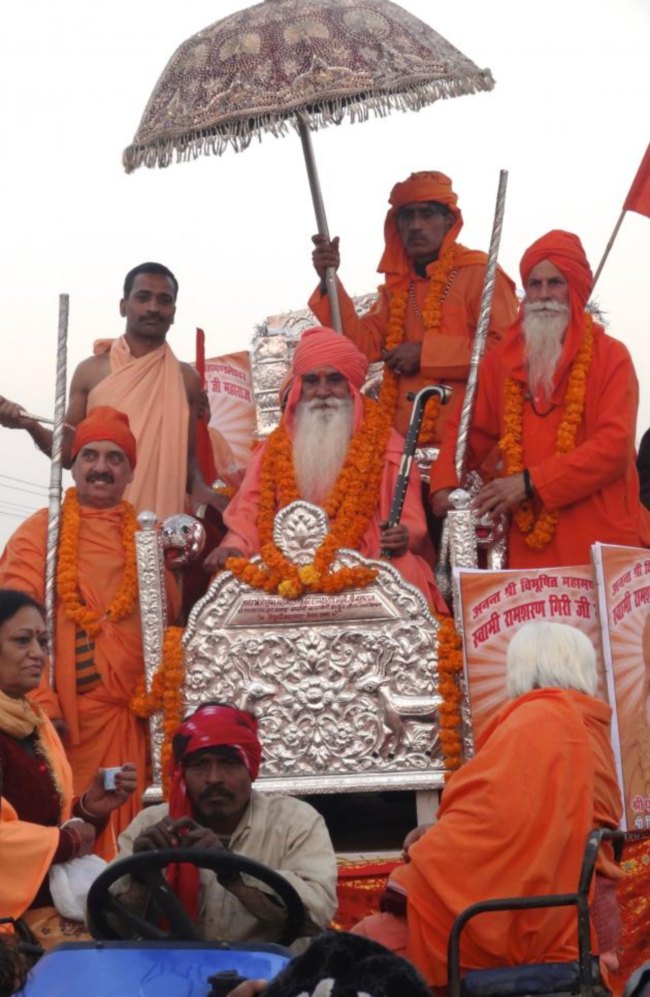 It was easy to dismiss these Chamber of Commerce-like processions, but then I reminded myself that India is the capital of the world for festivals so any excuse to create a ceremonial celebration will inspire the Indians to do it right. 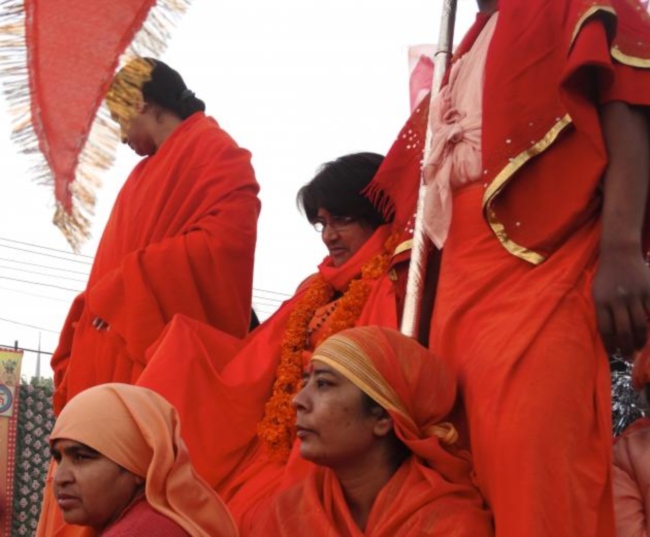 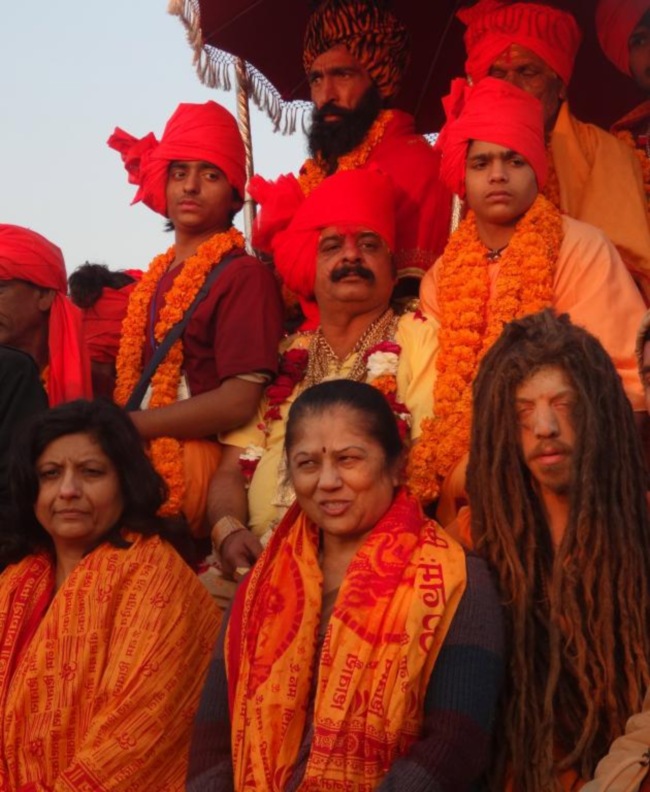 Some of these ceremonial parades shots look like a dysfunctional family photo, in this case, with the teenage son in the lower right hand corner having snuck out to the garage to get high before the traditional annual photo

For the higher babas, there’s a need for a security team as the devotees can get carried away with their demonstrative way of appreciating them. I’m amazed that some of these gurus are out with their followers for sixteen hours a day for weeks on end. 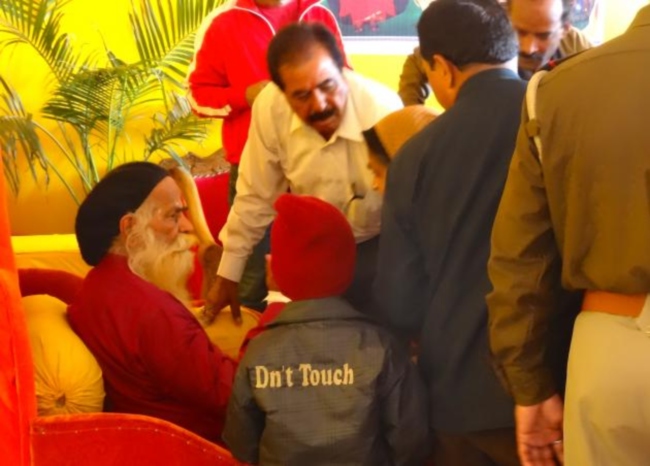 Our travel companion, Acharya Sri, was truly in a spell, as the two people he looks up to most, Babaji and Barfani, were here together and often in the same tent. I spent a few hours at the feet of these gurus with Acharya Sri and could really feel his deep love for the wisdom and inspiration these gurus have given him. 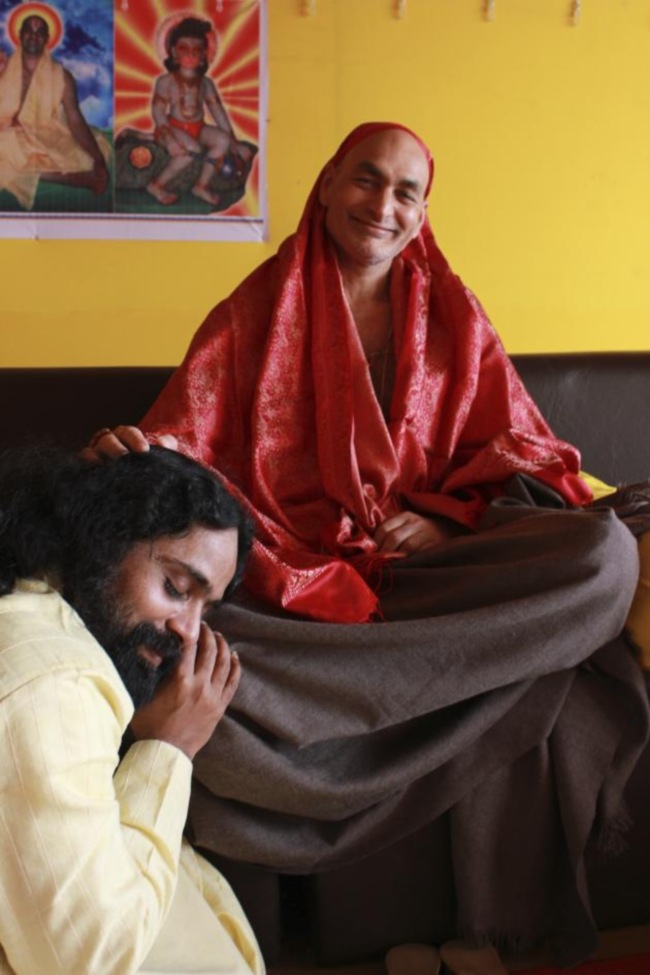 I spoke with one follower (pictured below) who told me that his devotional practice had helped him to get out of his “mind maze.” Coming to Kumbh Mela to experience multiple gurus helped him to melt his mind (he had a thing for four-letter “m” words) and open his heart. His smorgasbord approach to listening to a variety of sages left him radiant by the end of the day. I wanted some of what he was having! 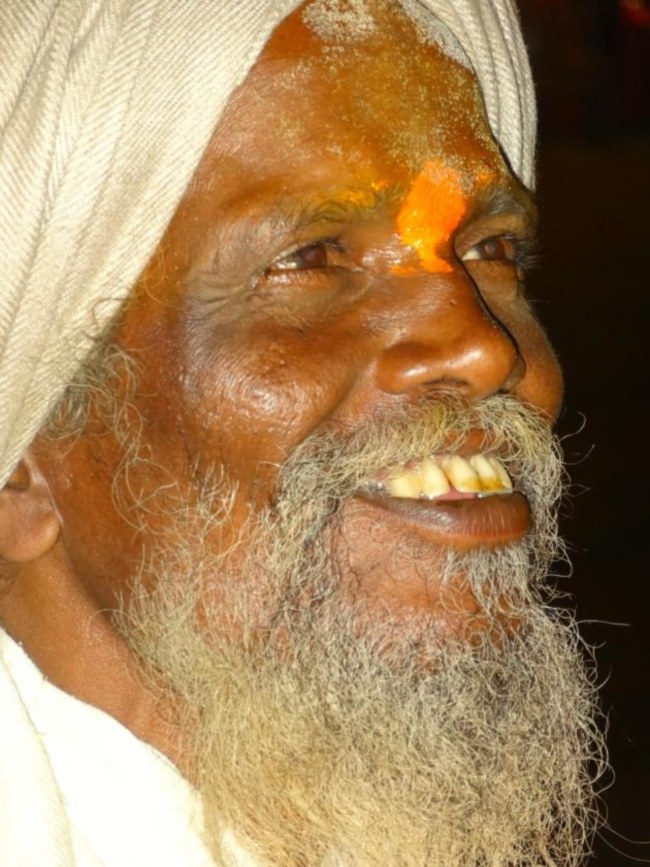 This was one of my favorite fellows I met at the Mela as he would go from guru tent to guru tent, fill up on the message inside with a big smile on his face and a lift in his spirit and then dive into the next guru’s tent

Can you be a skeptic and enjoy Kumbh Mela? Absolutely. The experience is profound on many levels: the cultural anthropology of understanding this age-old festival and why it’s the largest in the world, the physical beauty of the people and the location at two rivers joining, and the expression of love that is intensely palpable. While I don’t understand Hindi, I do understand Love (at least on a good day). 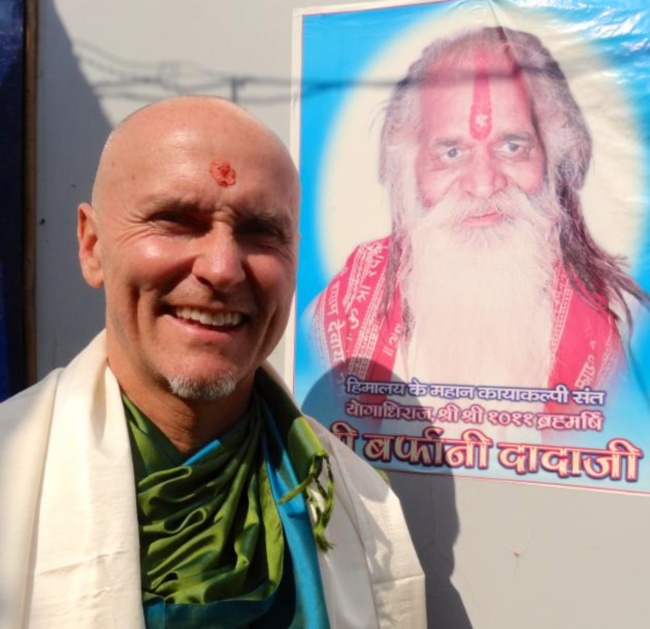 Given that I was at the Mela for just 4 days, it’s hard to call me a devotee at this stage although I did enjoy the cuisine and fashion in the Barfani tent, whose image as a spiritual leader has been plastered on the wall throughout the Mela