Celebrate at the 12 Best LGBT Festivals Across the Globe

June is here, and global LGBT Pride Month celebrations are kicking off, making it the perfect time to whip out our list of some of our favorite festivals across the globe that celebrate equality and inclusivity, no matter who you are and who you love! But why only celebrate one month of the year? This list covers festivals taking place long past June, so throw on your most fabulous clothes – preferably in every color of the rainbow – put your dancing shoes on and get ready to celebrate harder than ever before.

Sydney, Australia has long been called Oz, but in the middle of their summer, there’s a Sydney festival you certainly won’t see in Kansas. Mardi Gras has grown into the most anticipated LGBT annual event in the world. There’s the bodacious and rowdy parade in the Western World, the Bondi Beach Drag Races, a Harbour Party, a Film Festival, a Fair Day, and a series of academic and cultural discussions that make this celebration perfect for the hedonist or the egghead, whether you’re straight or not-so-straight. 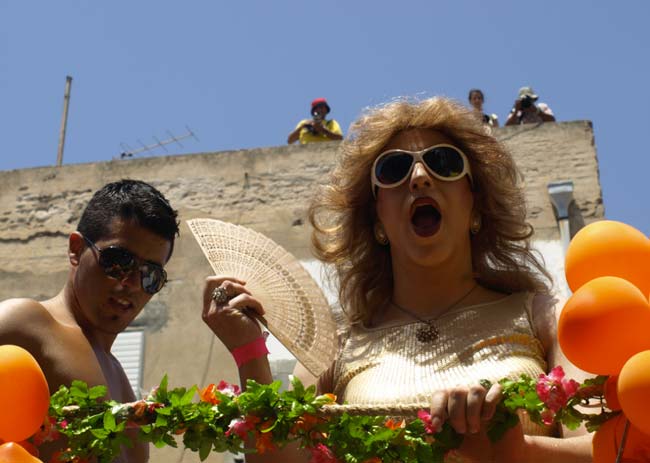 Israel has a long history of being politically progressive toward the LGBT community and Tel Aviv has become the Middle East hot spot for gay life. So, it’s not surprising that the annual Gay Pride celebrations here are full of fun. After a few late nights, book yourself into a Dead Sea spa and cake your body with mud. 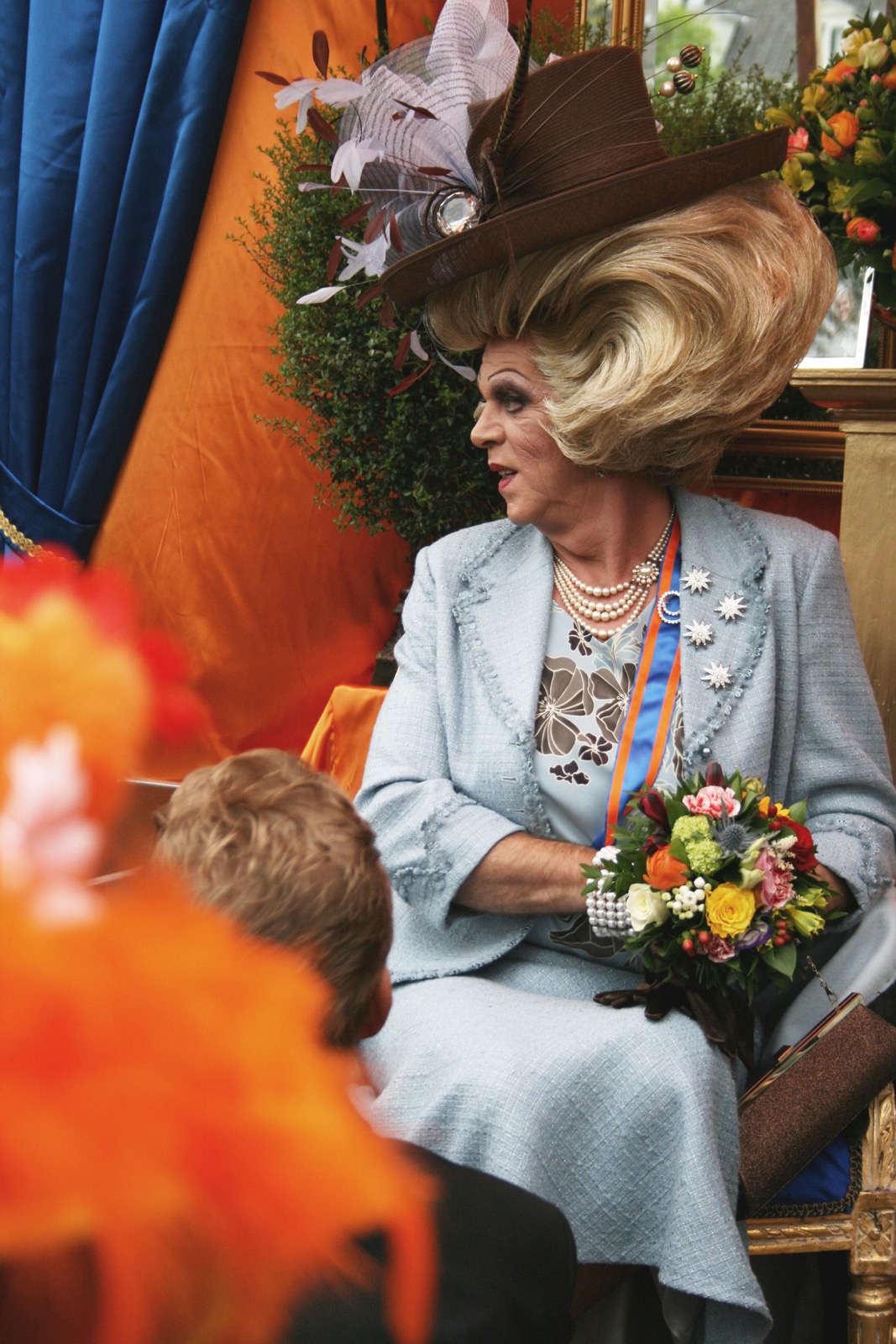 Even festivals go trans! Now that Holland has a king, the festival formerly known as Queen's Day is transitioning. This event attracts a mixed crowd, but everyone at this party is flamboyant, colorful, and uninhibited, regardless of their sexual orientation. Amsterdam serves as the perfect walkable, bikeable, boatable, unbreakable backdrop to this rambunctious event that roams the canals and small streets. 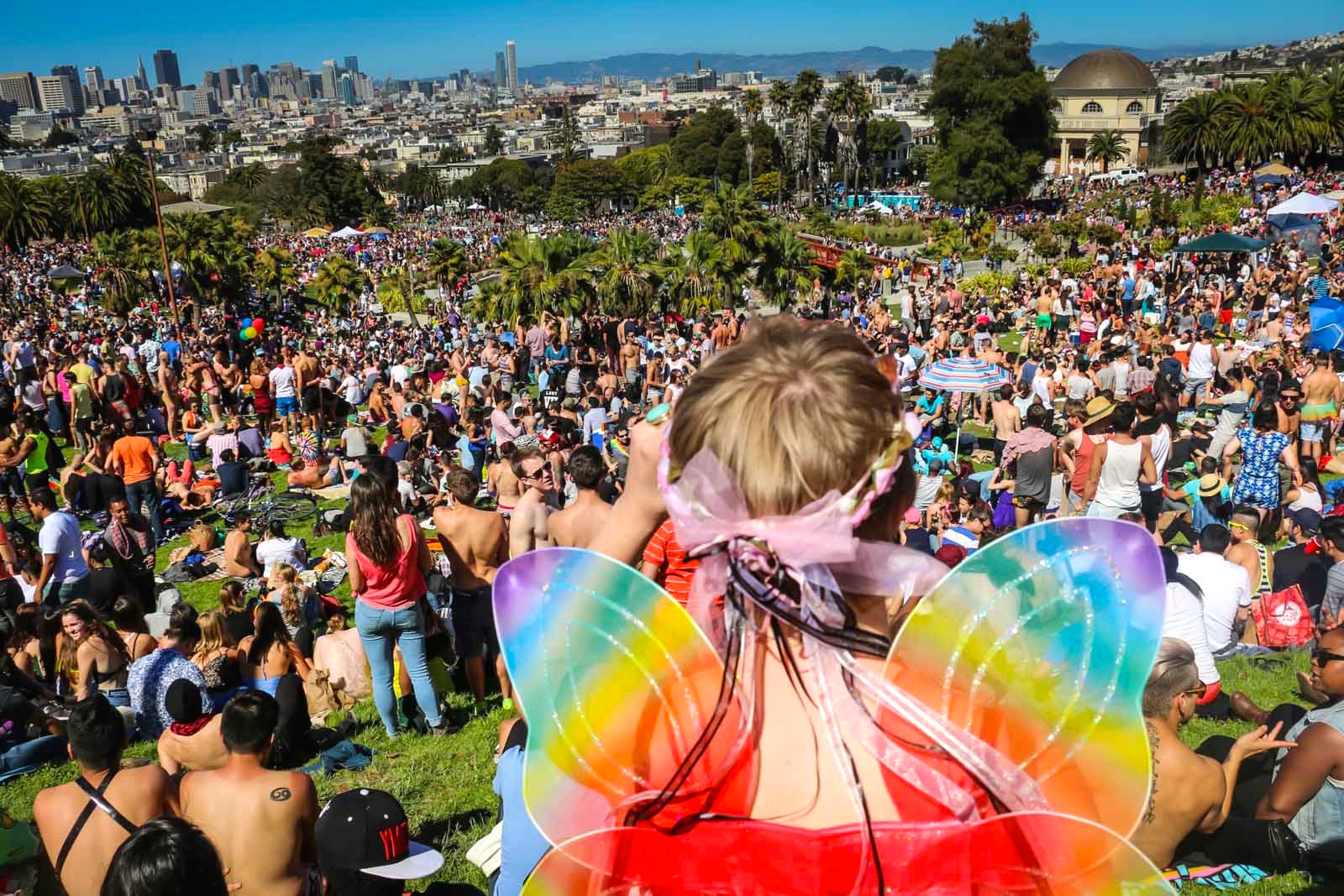 In concert with the most prestigious LGBT film festival in the world put on by Frameline, this Pride celebration during the last half of June turns the whole city pink. While the Sunday parade is the highlight, there are dozens of arts & cultural, sporting, political, and dance-oriented events during this celebratory festival. 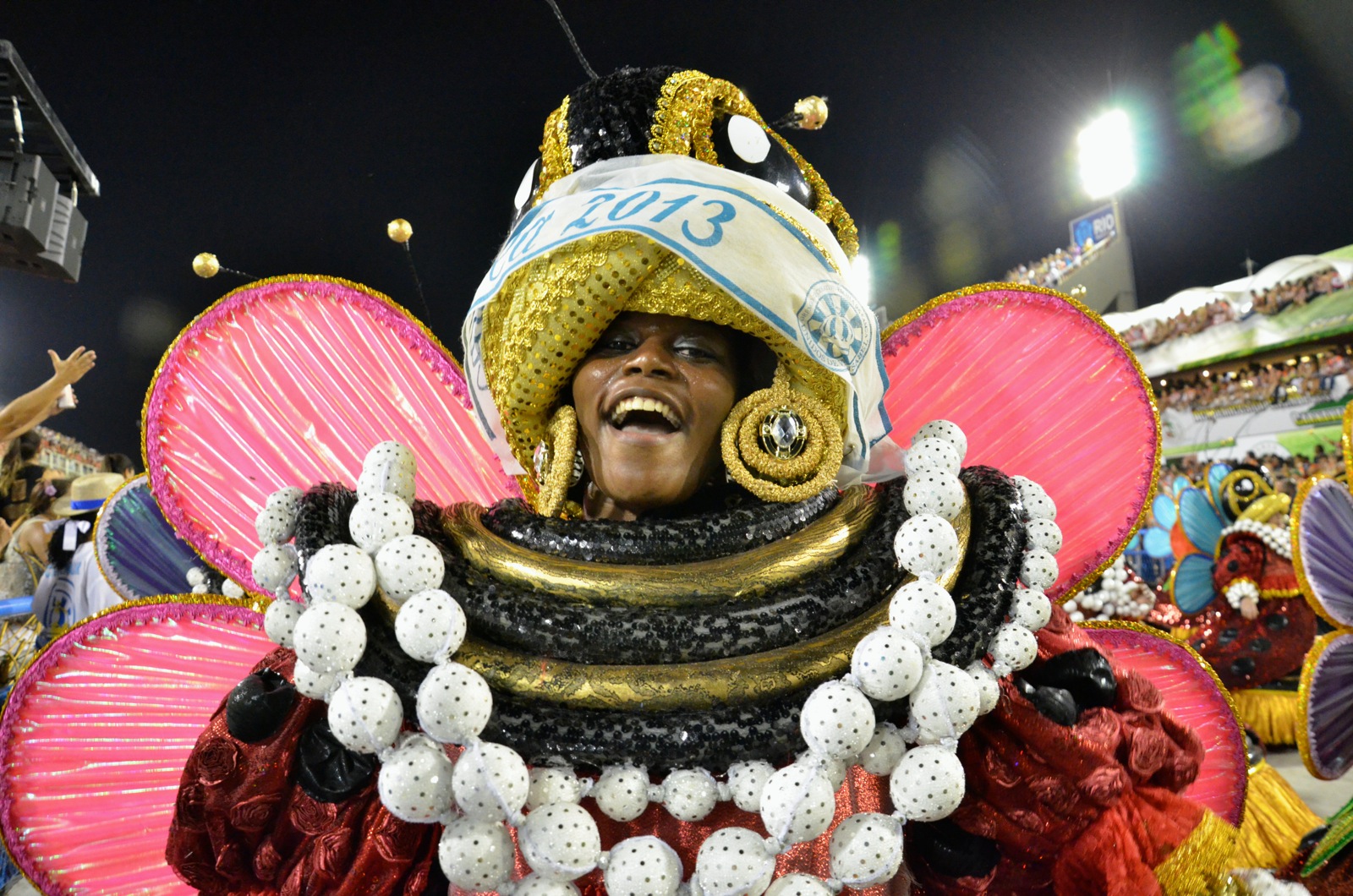 One of the best and most accessible ways to celebrate Carnival is by attending a Bloco or Banda (street parties), which is a band of drummers leading a free dance party in the streets for all who want to join in. One of the most famous is the Banda de Ipanema, with a very lively crowd, complete with drag queens and costumed dancers. Rio Carnival is considered the largest gathering of transvestites in the world so be prepared for “gender illusionists” (Carmen Miranda is the patron saint of this contingent). 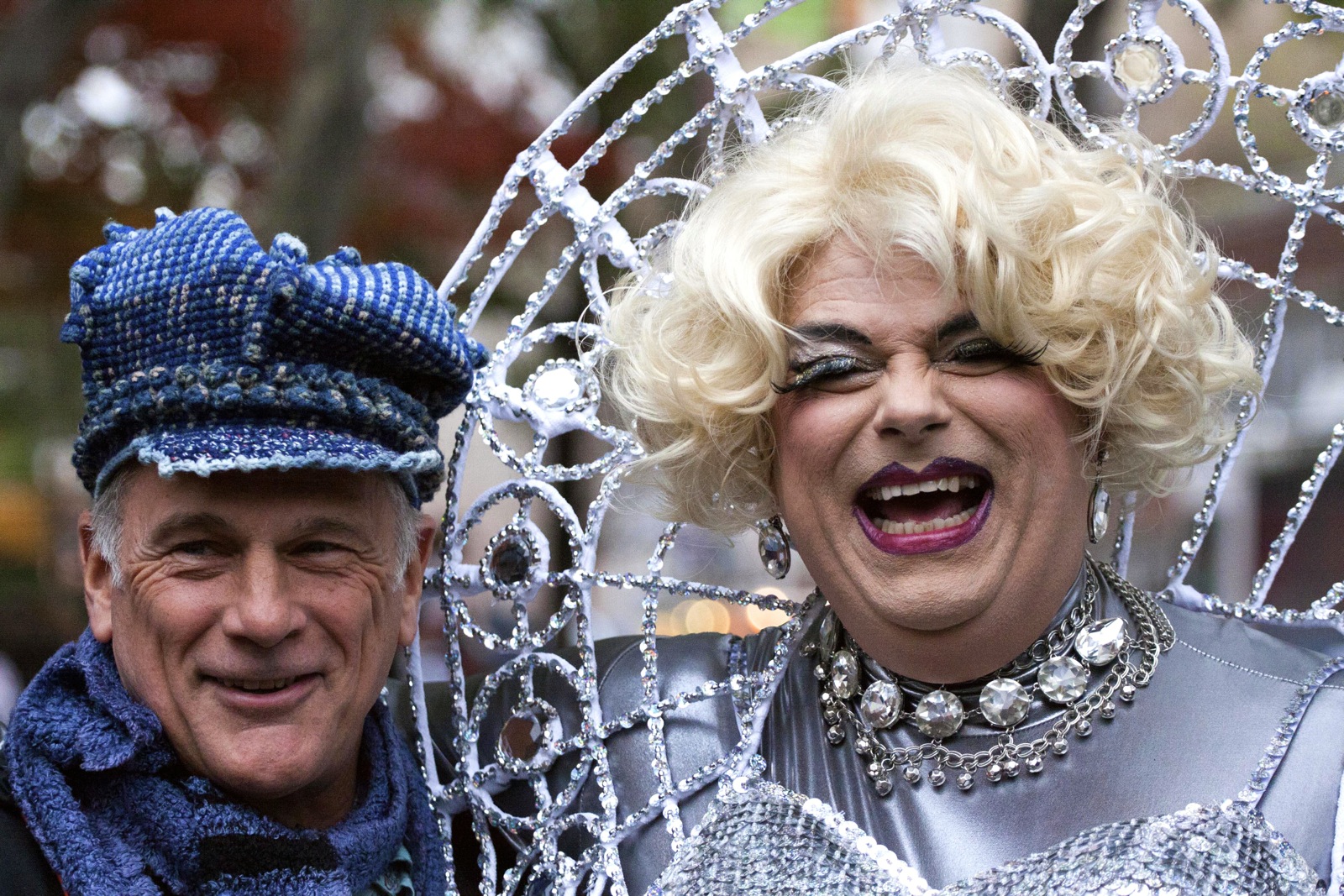 The Village Halloween Parade celebrates is over four decades old, and may be the most creatively participatory event in New York City each year. The ever-changing menagerie of giant puppets makes this a family-friendly event as well – but then you put the kids to bed, your dancing shoes on, and it’s time for late-night dancing at one of the many parties going on in the neighborhood. 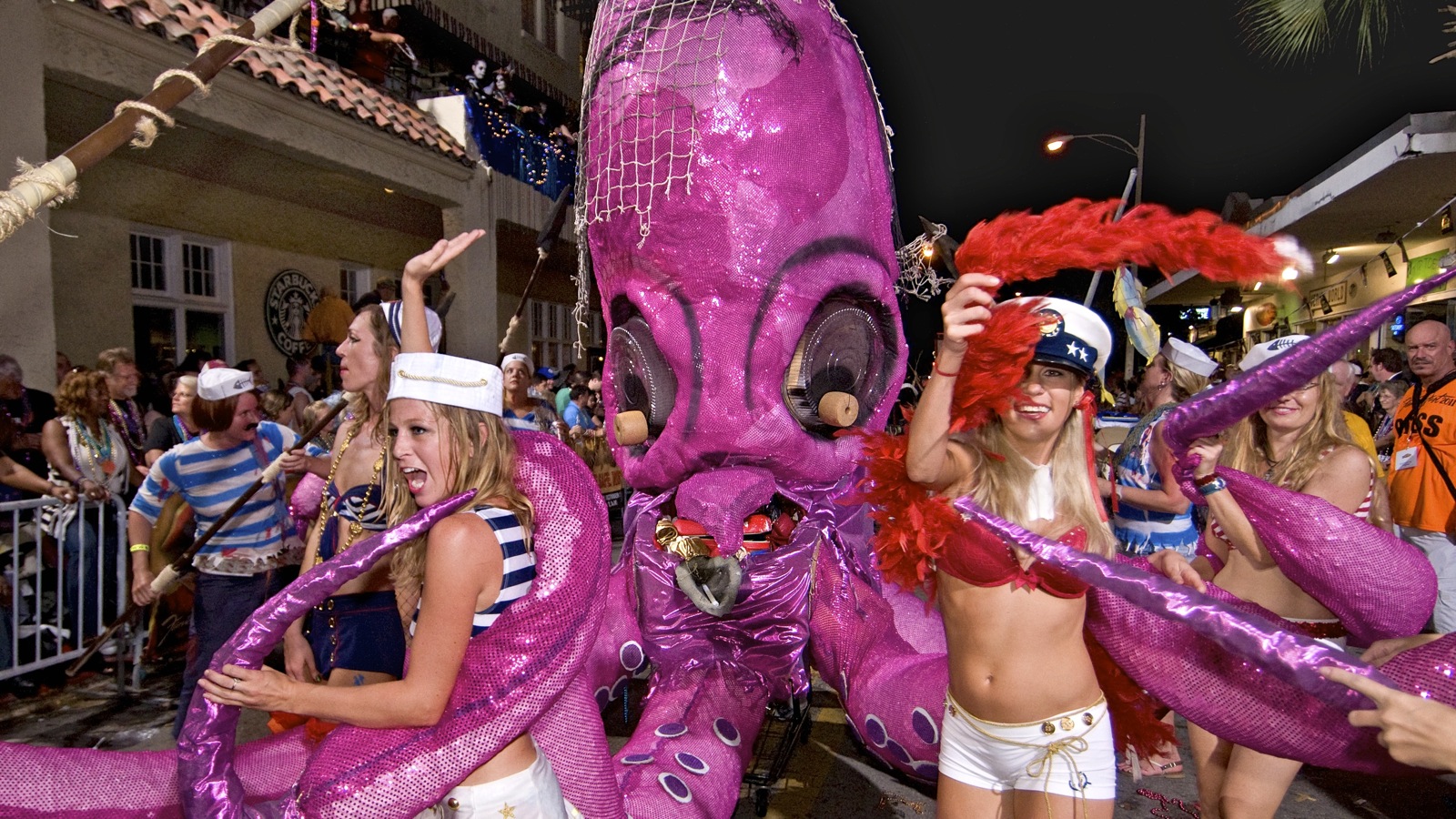 Key West has long been a popular vacation and retirement spot for gays and lesbians and the annual Fantasy Fest brings out the most costumed and debauched contingents you’ll meet this side of New Orleans. While not exclusively LGBT, it’s really not exclusively anything. It’s inclusively everything! 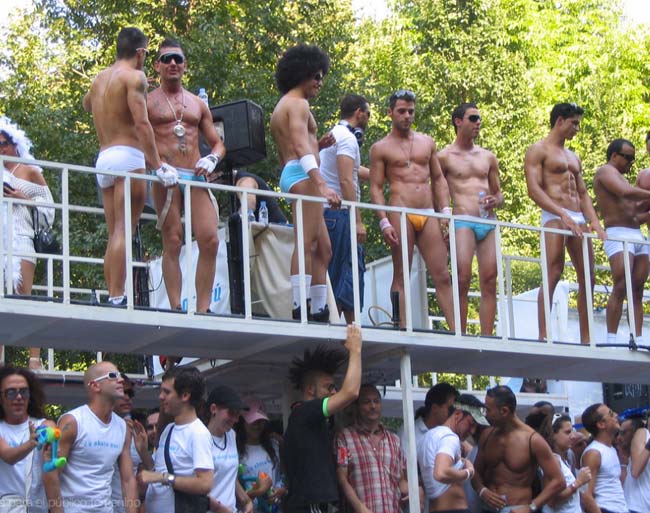 Ask a European where the best nearby gay pride events are and you won’t hear London, Paris, or Munich. Madrid Pride, or MADO, is acknowledged by most to be on the rise and the most popular celebration on the continent. With a series of street celebrations that take place during Pride Week, there are many outdoor concerts, tea dances, and cultural events that suit just about anyone’s taste. 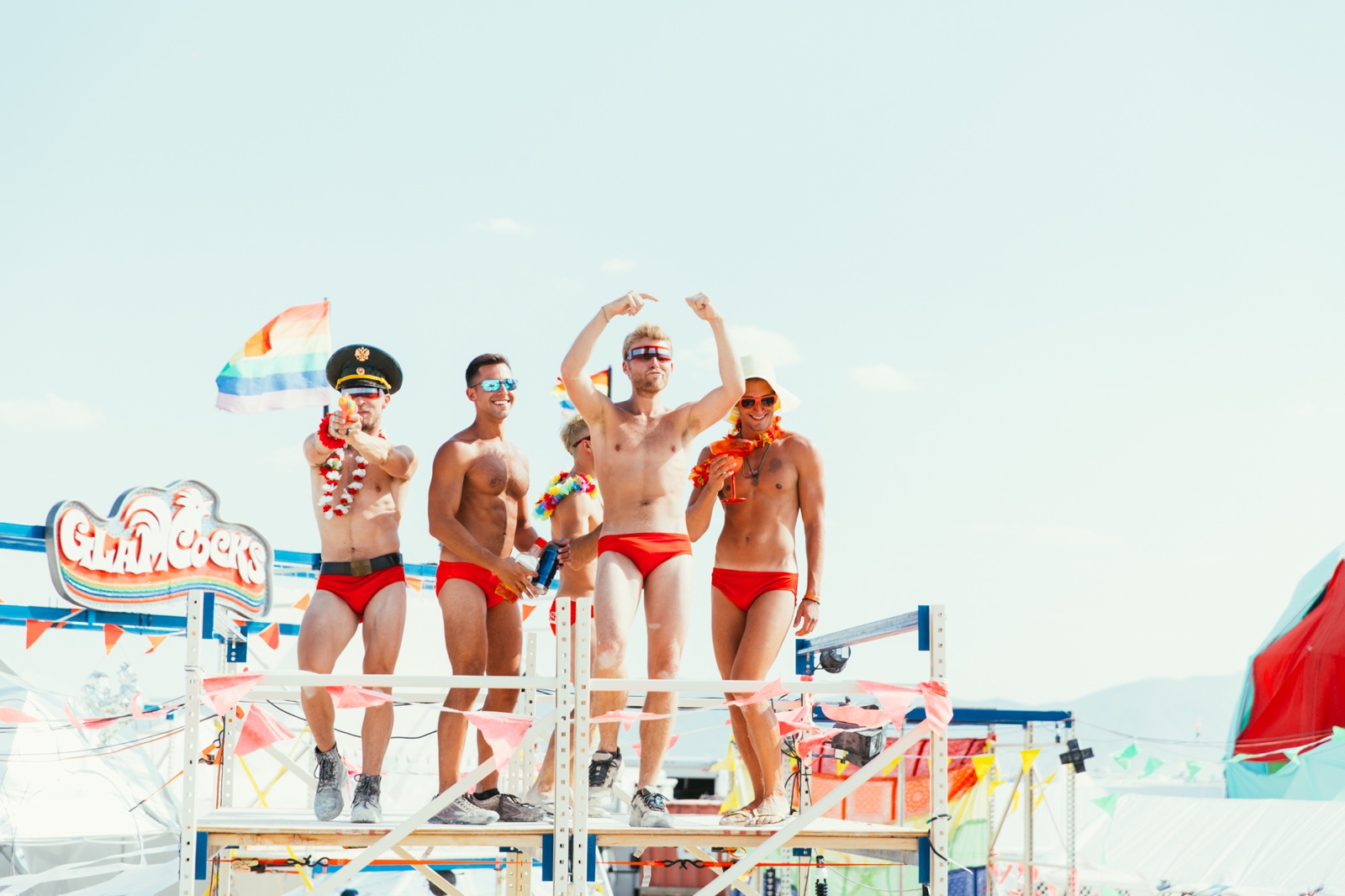 This isn’t an LGBT festival, but it is a try-sexual adventure during which people tend to shift identities more than they would in the “default world.” Comfort & Joy theme camp is ground zero for the gay and lesbian crowd, but there are dozens of theme camps and events during this arts gathering that appeal to people who want to be anything but normal. 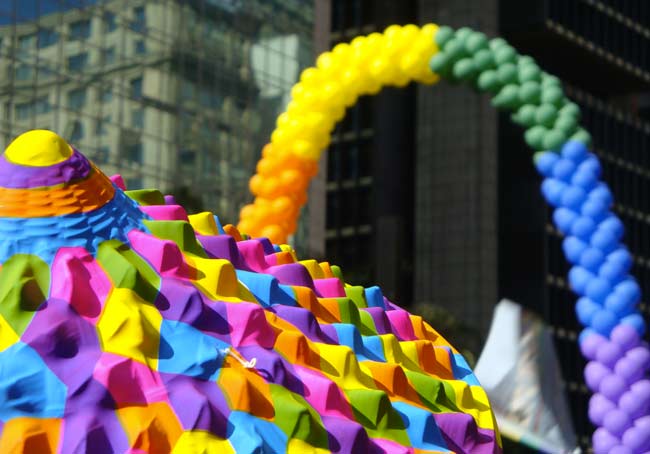 From just 2,000 participants in 1997, this festival has grown to more than four million now and is considered by the Guinness Book of World Records as the largest (and maybe the sexiest) LGBT event in the world. Who says Rio gets all the fun?! 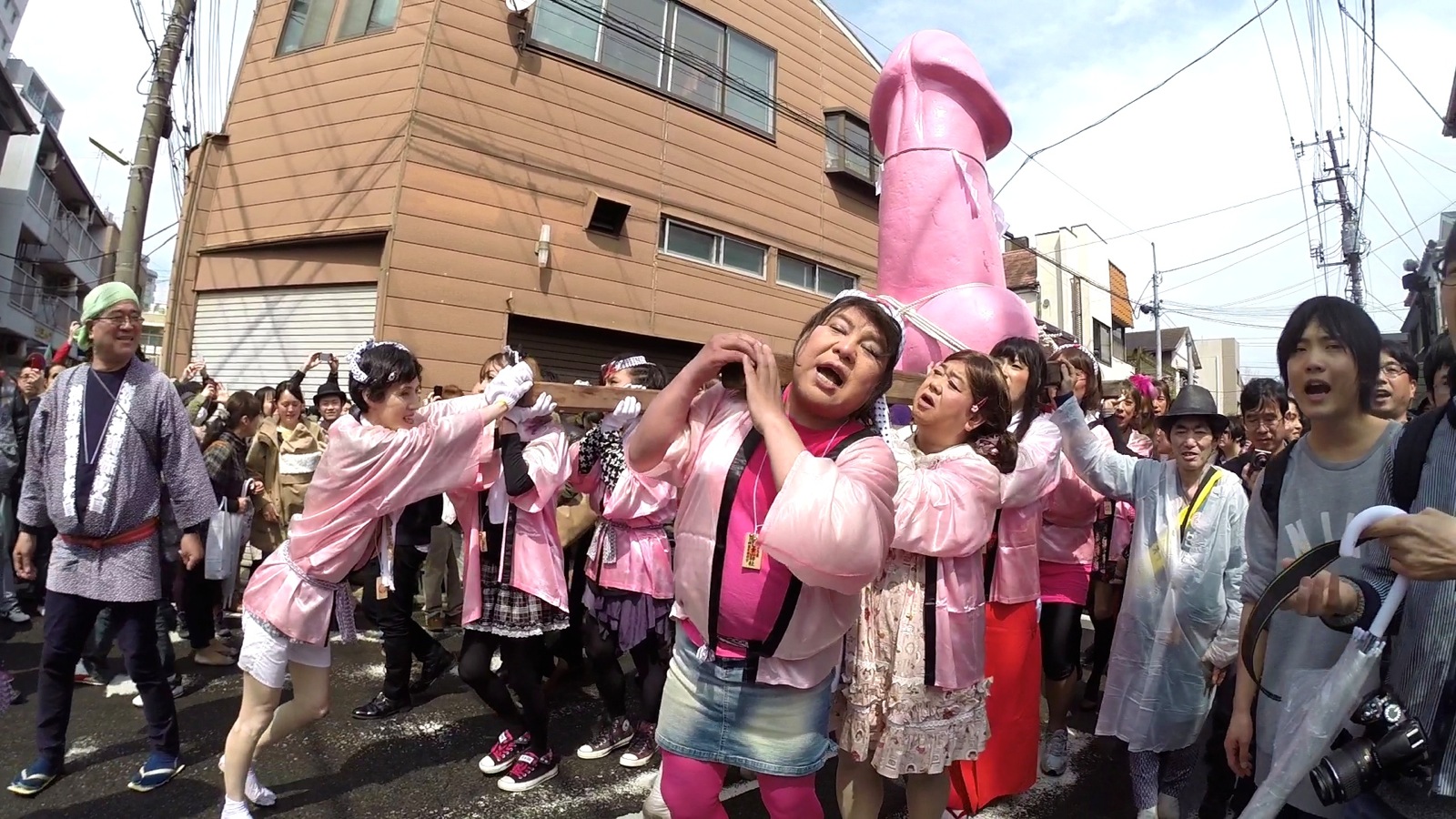 Japan’s “Festival of the Steel Phallus” is a celebration of all penises big and small. Everyone gets into the spirit, from grandmas licking anatomically correct lollipops to one of the largest cross-dressing contingents in Japan. It’s all in the name of HIV awareness, and its playful vibe makes it one of Japan’s most LGBT-friendly events. 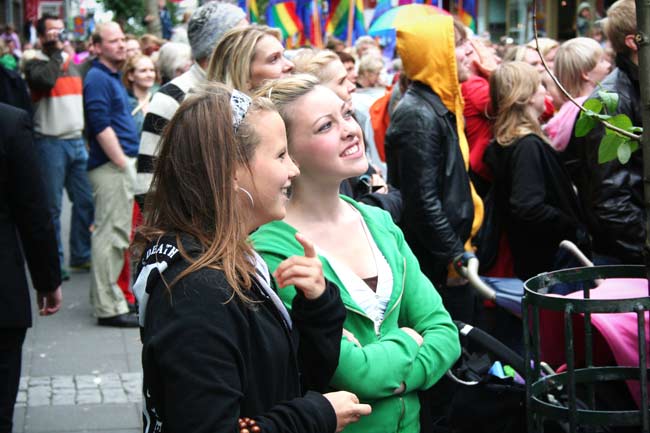 While images of glaciers might send shivers down your spine, abundant hot springs and perhaps the most LGBT-friendly attitude in Europe makes Iceland’s Pride event downright hot. Iceland’s former Prime Minister was the World’s first openly gay political leader. Don’t be surprised when the Mayor of Reykjavik dresses in drag for this charming and accessible event.