Kevin Lyman announced today that his influential touring festival, Vans Warped Tour, will end after a goodbye run in 2018. A summer staple for music fans all over the country, Warped Tour was a "punk rock summer camp" for angsty young music lovers for 23 years. Its 24th year will be its last nationwide tour. It is the country's only remaining major traveling festival.

Lyman told Billboard in an exclusive interview that the reason for the tough decision was due in part to "an evolving summer festival industry, a shrinking pool of bands, and declining ticket sales amongst its teenage demographic." Warped Tour made its name by bringing out scene staples like NOFX and Bad Religion for many years, and cemented a legacy by becoming an early proving ground for once-small punk bands who later became huge mainstream pop-punk stars: Blink-182, No Doubt, New Found Glory, Sum 41, Good Charlotte and Paramore. The early days of emo were propelled to widespread popularity by Warped Tour through bands such as Jimmy Eat World, Thursday, and Taking Back Sunday. There were also numerous genre outliers who found early and crucial exposure as part of Warped Tour, who later went on to superstardom, like Katy Perry, Eminem, Kid Rock, the Black Eyed Peas, G-Eazy, and even Sublime. Warped Tour has always been a haven for misfits, and its collective vibe of "we're a family, no matter what they say about us," helped shape the culture and community of modern underground music. 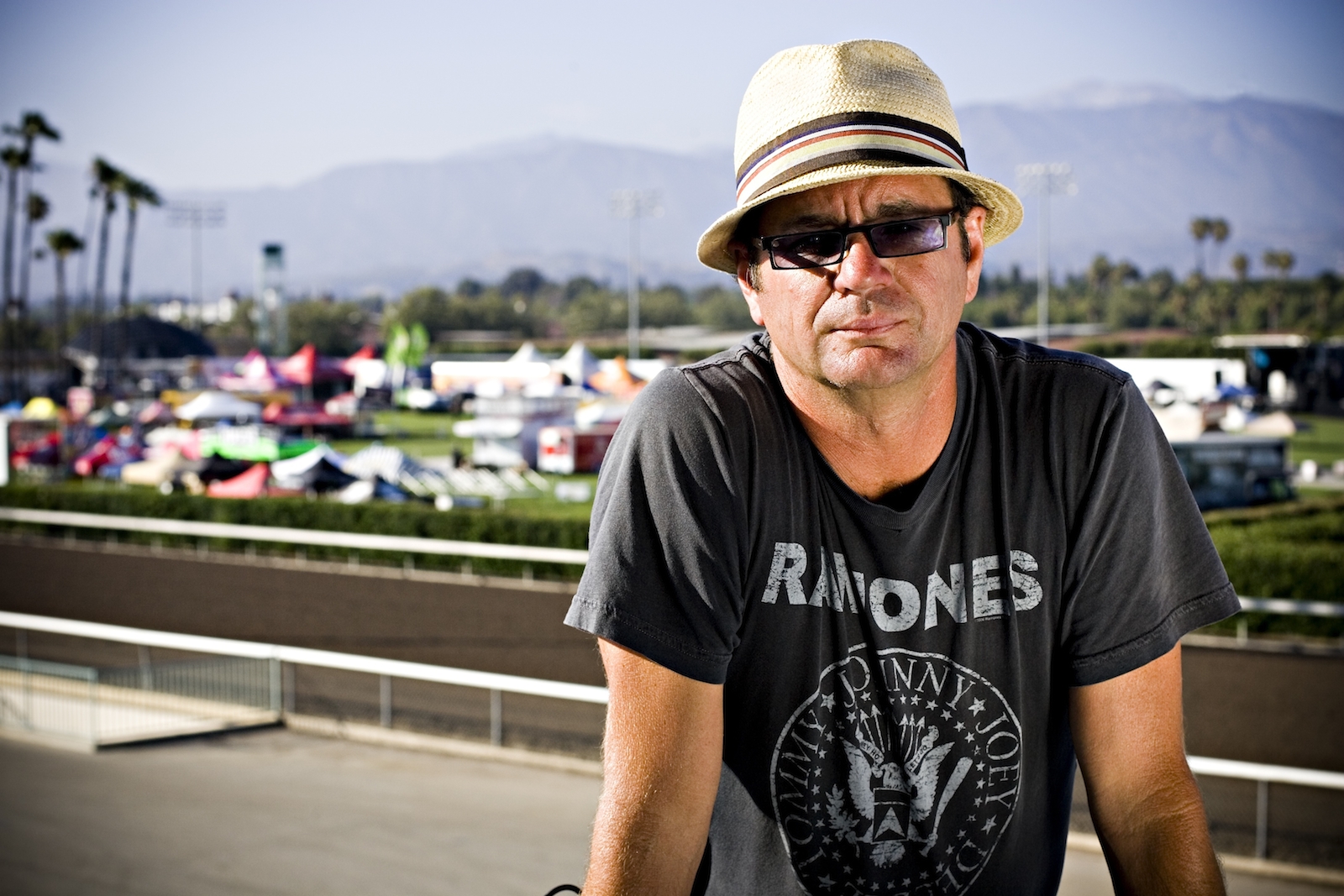 There's no telling who will join Warped Tour's final nationwide parking lot stakeout, but there's no doubt some staples and icons will come out for epic farewell performances.

In a post on the Warped Tour website entitled "All Things Must Come to an End," Lyman released a heartfelt statement about the tough decision. Here are some select passages from it:

“I have been a very lucky person to have traveled across the country and sometimes around the world as one of the founders and producers of the Vans Warped Tour. Today, with many mixed feelings, I am here to announce that next year will be the final, full cross-country run of the Vans Warped Tour. I sit here reflecting on the tour’s incredible history, what the final run means for our community, and look forward to what’s to come as we commemorate the tour’s historic 25th anniversary in 2019.

In 1995, I had already worked many years in the music business, including spending four summers on the Lollapalooza tour, and I thought, ‘for one summer I would like go out and put on my own show’ mixing music and action sports. With the support of so many people, I have now spent the last 23 summers bringing that show to a city near you. We have brought that show to over 11 million people around the world and watched that same world change while doing so.

I have been proud to work with so many artists who have grown to be some of the largest stars in the world. Countless bands have played in hot parking lots and through summer storms for you at some point.

Bands like Quicksand, Sublime, L7, No Use for A Name and No Doubt jumped on in the very first year.

Touring many summers with my friends and peers like – Pennywise, Social Distortion, NOFX, Bad Religion, The Descendents, Less Than Jake, Dropkick Murphy’s, The Bouncing Souls, Rancid, Flogging Molly, Anti-Flag and The Offspring are just some of my fondest memories. More include, having Blink-182 travel on my bus in 1997 when the world opened up to them and made them the superstars they are today.

The Vans Warped Tour was the platform to witness the rise of pop punk with Sum 41, Simple Plan, MXPX, New Found Glory and Good Charlotte.

The birth of Emo – with bands like Thrice, Thursday, The Used, Taking Back Sunday, The Starting Line, Motion City Soundtrack and Jimmy Eat World.

Fast-forward to the summer in 2005 when TRL and Warped Tour helped launch the careers of Fall Out Boy, My Chemical Romance and Avenged Sevenfold.

I witnessed Warped alumni like The Black Eyed Peas, Katy Perry, Big Bad Voodoo Daddy, No Doubt and even Kid Rock play the Super Bowl. I’ve even had the pleasure of seeing Green Day play the Rose Bowl...

...What has always made me proud was when I read that Warped was the most diverse show of the summer where you could find Eminem and Ice-T on the same stages as Sevendust, Pennywise, and 7 Seconds.

I am so grateful to have worked with more than 1,700 bands over the last 23 summers. I wish I could thank every band that has played the tour.

The Vans Warped Tour has become the community I had always hoped for. We have worked with over 90 non-profits each summer shining a light on new and growing groups giving our community the resources they need to connect with people who can help them, but also encourages our community to help each other. To Write Love on Her Arms, Music Saves Lives, Feed The Children Now, Keep a Breast, Hope For The Day, Canvas Foundation, Living The Dream and A Voice for the Innocent have built their organizations from the Warped Tour parking lots across the country. This even inspired me to start my own foundation Unite the United...

...The enduring spirit of the Vans Warped Tour remains as bright as ever, continuing to inspire creativity and ambition in new and exciting ways as we prepare for a 25th anniversary celebration in 2019.

I truly look forward to seeing as many of you as possible during this final cross country run, and getting to thank you for your support on this wild adventure. Until then, take care and be safe.”