Why We Can't Get Enough of The Woogie Stage

If you’ve attended Lightning in a Bottle , chances are you’ve found yourself shamelessly wagging your tail to the relentless pumping bass at the fest's famous Woogie Stage – perhaps the most illustrious of LIB’s 3 main stages and a prime hotbed for the ever-increasing artistic scope of west coast house music.

The Woogie’s famed and unique design features an incredibly creative aesthetic and an efficient, organic design which doesn’t negatively impact its natural surroundings – something the festival takes very seriously and applies to its entire operation. The DJ booth hangs majestically in a tree over a devout troop of house music fans, kept happily grooving out by a steady stream of water misters from overhead and the expansive canopy provided by the tree extending from the stage in all directions. The entire ambiance the Woogie provides allows for not only a fantastic dance floor experience complete with a Funktion-One sound system, but also an oasis which allows festival-goers to escape from the heat of the desert sun.

Since its inception at the first Lightning In a Bottle in 2006, the Woogie has become a mecca for devout deep house fans. It has been a key part of — and a facilitator of — the rapidly growing popularity of the west coast house music scene in the past several years. Over the years it has become a primary reason for people to attend LIB; “When in doubt, Woogie out,” is a common slogan you will hear echoing through the eccentrically dressed crowds. 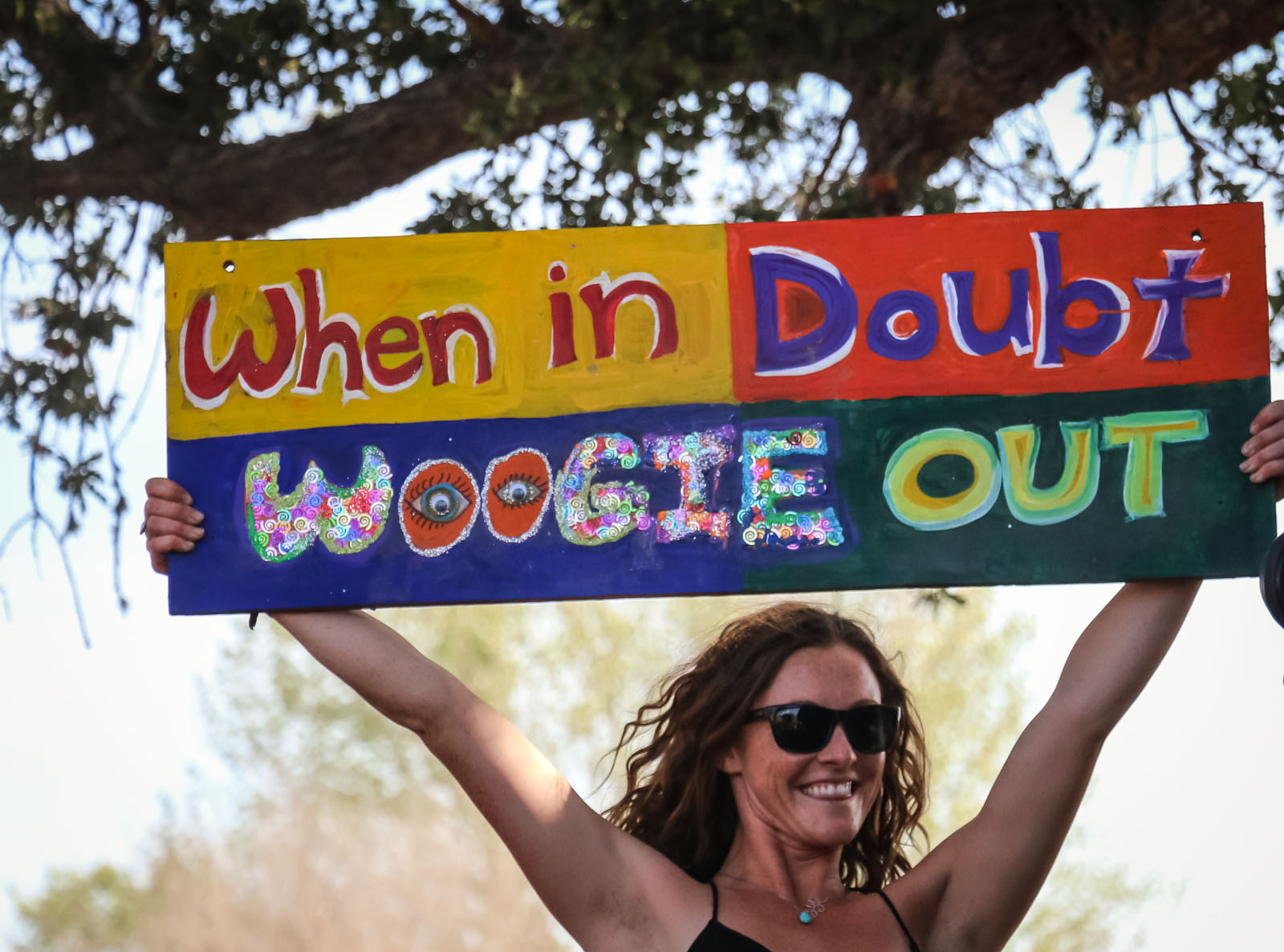 Lightning In a Bottle 2014. Photo by Art Gimbel

We were lucky enough to talk with Jesse Wright, one of the original creators of the Woogie, about his unique perspective on this special stage and its wonderful evolution. He attributes the unique community that the Woogie provides not only to the welcoming vibe provided by the stage and its fans, but also to the artistically liberating attitude its overseers have toward its artists.

“Stepping in to the Woogie Dancefloor is like walking in to your best friends birthday party," says Wright. "We make absolutely sure that when our artists arrive, they feel the same way. It's not like showing up to a club, where people expect a certain thing from them, or that there is pressure to 'tear the roof off' or 'crush it' or 'sell alcohol' or whatever. From an artists perspective, it becomes very clear that this is a place where they can feel comfortable enough to be themselves, to try something new, take chances and play only what they really love.”

Woogie sets are often coveted as the best that a DJ plays, and from speaking to Jesse I now have a better understanding of why that is. Dance music heroes such as Pumpkin, Lee Burridge and Claude Von Stroke have all made some of their most powerful musical statements at the Woogie. Want proof? Check out Pumpkin’s awesome Woogie set from LIB 2013 below.

House music in general (and in saying this I am excluding the more mainstream subgenres such as big room house) has undergone somewhat of a transformation recently. What was once a more narrow genre is now pulling in many more elements from other types of music, jazz, R&B, and blues, just to name a few. The Woogie in many respects has been the epicenter for such a transformation and, as a result, has pulled in many more fans into the world of house music, myself included.

No longer is house music confined to a certain schema of sound design, nor is its sole purpose to make people dance. A much more sophisticated musical language has crept into the underbelly of house production and now invites the listener into a much more dynamic sensory experience than was once thought impossible in an electronic music setting. Lush, beautifully produced organic instruments, soulful vocals and futuristic production techniques now allow producers to push the envelope of sound to a whole new level.

In the words of Jesse Wright, “There's [been] a very delicate change to producing, mixing and mastering that has created a space that strips away a lot of noise and focuses in on the clarity, beauty and complexity of a single sound and then surrounds it with soulful tones and super groovy rhythms that when played in nature, on the Woogie, on a perfectly tuned system, absolutely takes flight.” 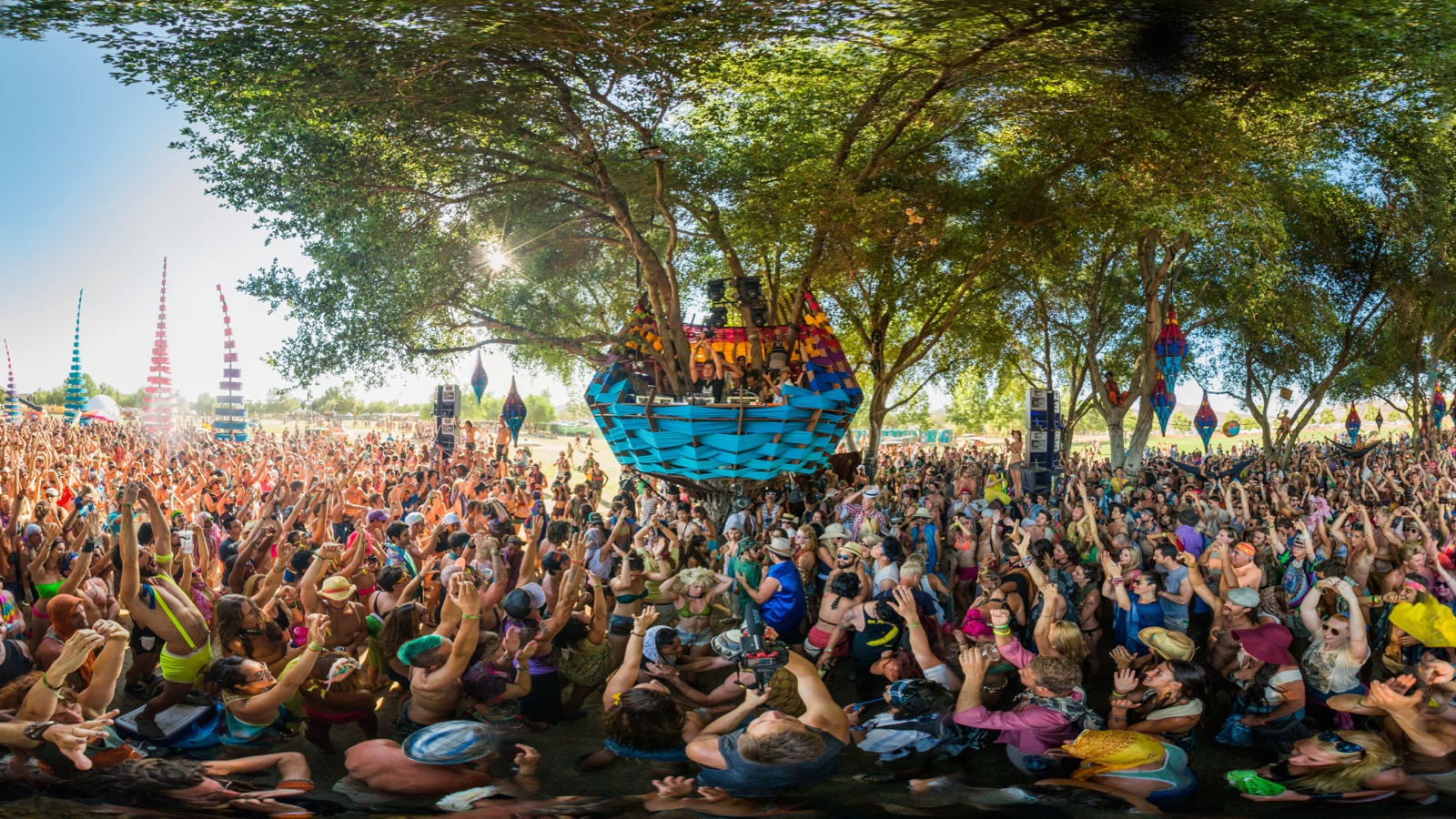 The Woogie Stage in 2013. Photo by Andrew Jorgensen

There's no denying that the Woogie is a growing cultural force in the world of electronic music, offering a platform for self-expression, musical evolution and genuine community that is largely unmatched in the music scene these days. If you enjoy the sense of community and freedom that many other music festivals offer, make a trip to the Woogie and I can assure you, your expectations of what a good party can be will be taken to new levels.

“I think a big part of our draw is that people have come to trust that when they spend the whole day there, they will be turned on to some amazing music being played by people they've never heard of," muses Wright. "Another huge part of the draw are the Woogiers themselves. House music isn't just the music, it's everyone in it. When you walk into the dance floor, it's like walking in to your best friends birthday party. Everyone is happy, everyone is getting down. It's comfortable, it gets wild, it can be mellow and it always leaves you feeling good.”