Life is all about choices, right? Well, the first weekend in July is a popular time to throw a European festival and there were three that caught my eye, all based upon the body. Finland was throwing its annual World Wife Carrying Championships, Austria had the World Bodypainting Championships on a bucolic lake (was going to go to the early festivities on Wednesday and Thursday but opted for a simpler travel plan of staying in Italy and going to Spoleto). And, Edirne, Turkey, on the border of Greece and Bulgaria, was throwing its 652nd annual Kirkpinar Oil Wrestling Festival. Based upon my photos in this blog and the next two, you’ll get the sense that I opted for Spartacus. 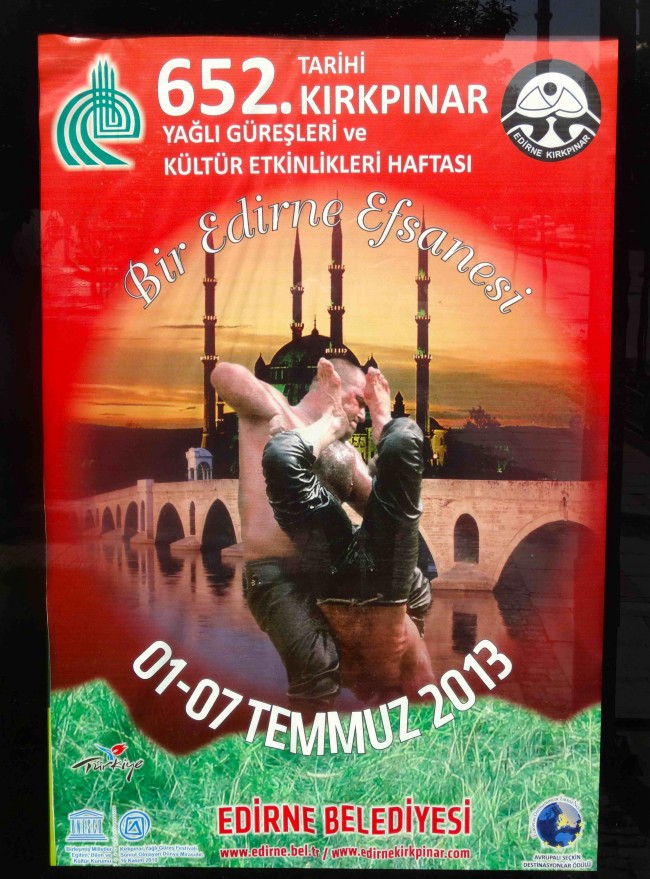 This festival dates back to the Ottoman Empire when soldiers passed the time by wrestling with each other to stay fit. The festival takes its name “Kirkpinar” (which means “40 springs”) from a legend that Ali and Selim, two soldiers, wrestled all night until they died and were buried under a fig tree, and a year later some springs emerged from that very place. The number 40 came from the fact that 40 soldiers conquered a castle near here in an epic battle around that same time six and a half centuries ago.

You can see that the first President of Turkey, Mustafa Kemal Ataturk, still has a powerful connection to this country’s mind and soul (part of the challenge for the current regime) as his image is everywhere including at these festivities, held in a stadium in the location of the Sultan’s summer palace when Edirne was the capital of the Ottoman Empire. 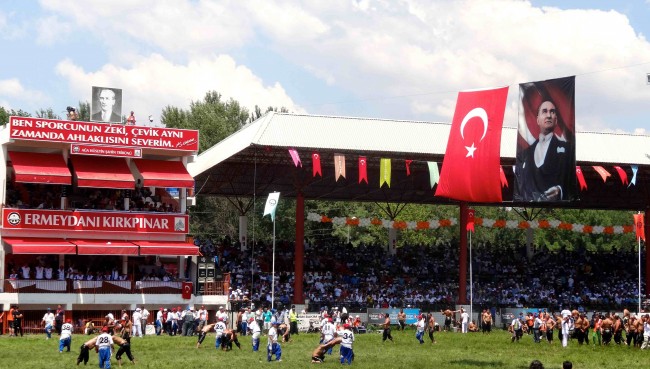 Edirne was a revelation. Didn’t expect much, but this Europe-flavored city has three statuesque major mosques within a five-minute saunter (this is a great walking town). I arrived late at night and just marveled at the Magical Kingdom flavor of the visuals. 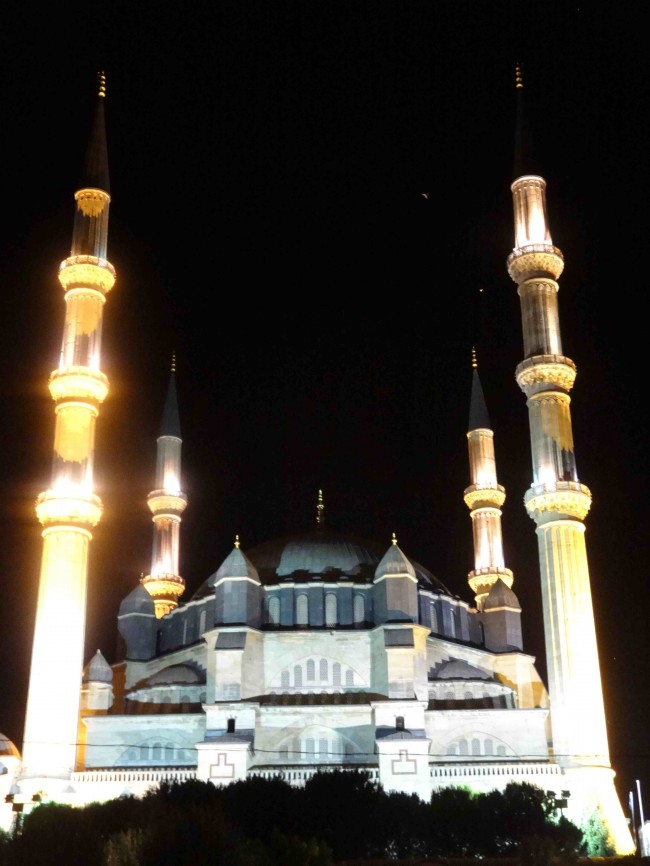 With the summer Ramadan arriving a day after I was leaving Turkey (and fasting during the length of the summer day is harder than in the winter), there was a little buzz amongst the mosques. The next morning, we started with the Selimiye mosque that rivals the Blue Mosque in Istanbul as the most famous and respected mosque architecture in Turkey. 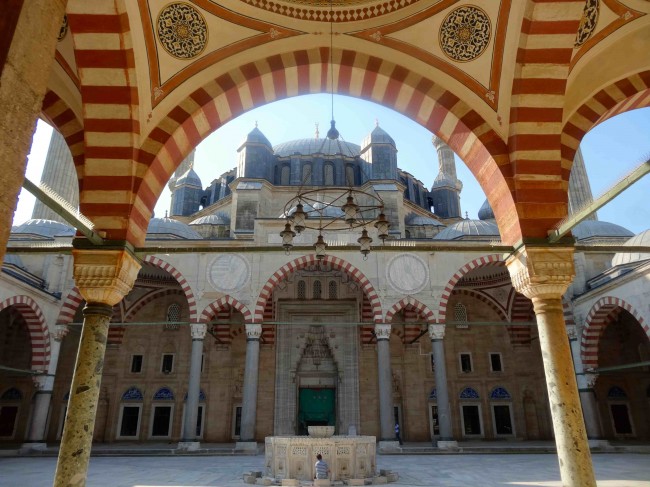 Designed by Mimar Sinan, who created 400 Turkish buildings with 80 of them being mosques, Selimiye was a breakthrough in Islamic architecture of the 16th century with much more of an open feeling inside. This architect lived to be 98 years old and was probably the most famous architect of the Ottoman era. 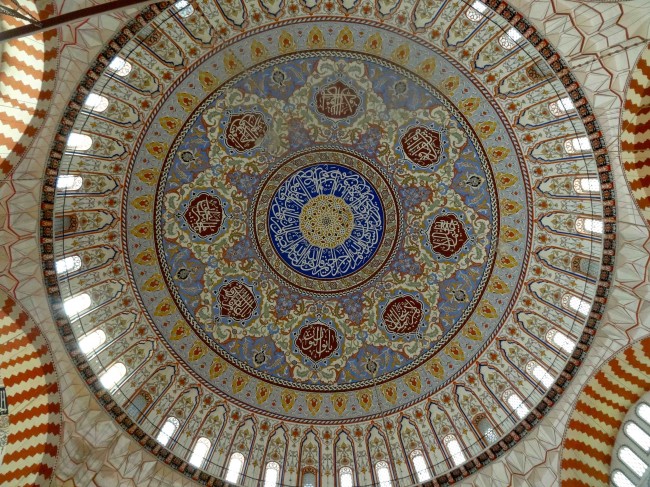 Maybe it’s because I hear lovely stories in the 2-3 mornings per week I spend with my fitness trainer Zain Elmarouk in San Francisco, who’s a devout Muslim, but I’m fascinated by the passionate rituals that happen in a mosque. I find it to be a very inviting and not a forbidding experience to enter a mosque and just feel the sense of devotional vibration in the space. 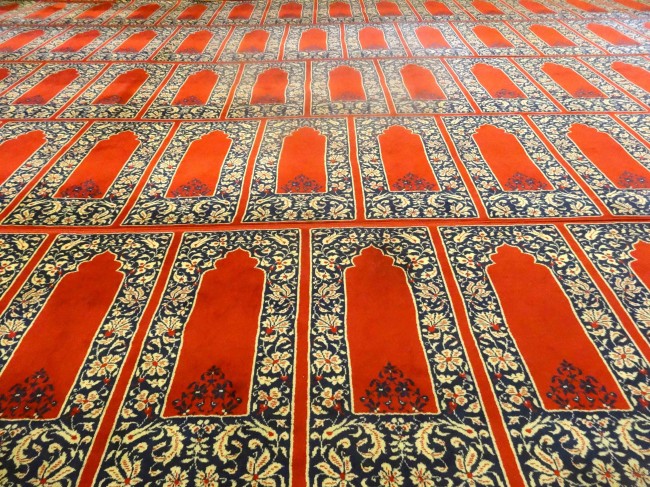 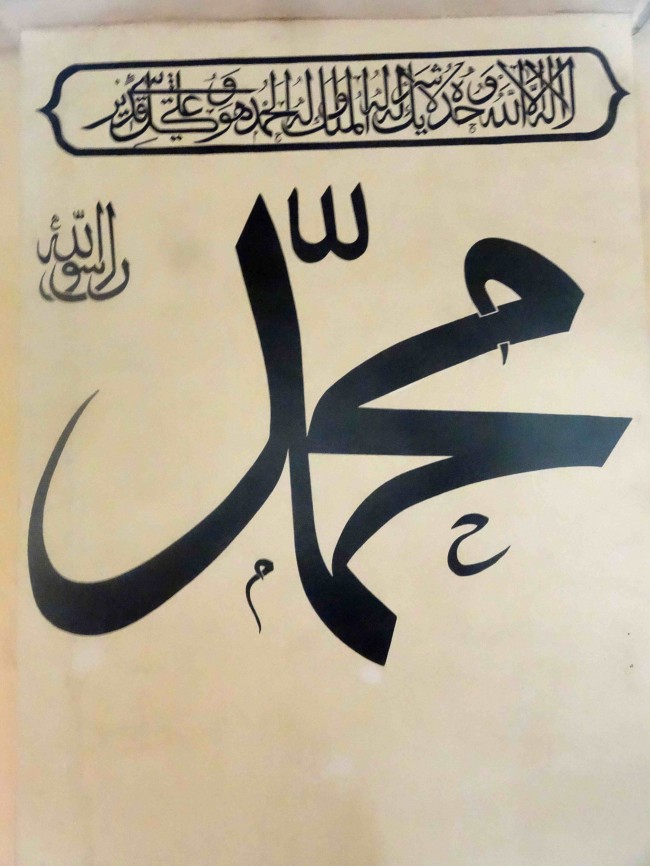 According to numerology, there’s a connection between Allah, the Islam crescent (hilal) and the tulip, each of which symbolizes oneness. An artist depicted this oneness and hinted at the numbers “66” which have positive symbolic meaning here. 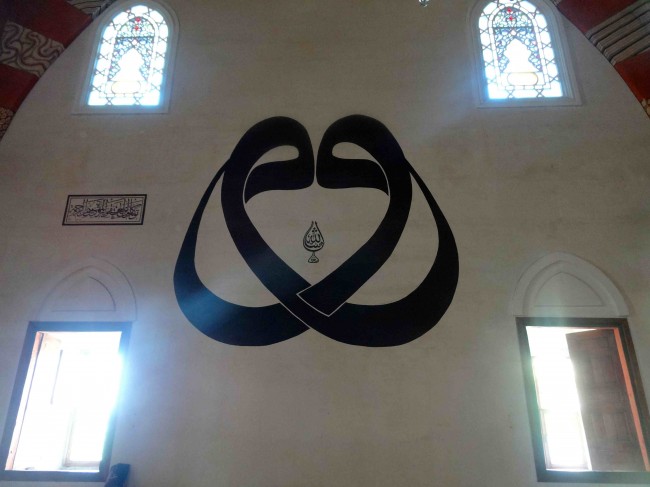 And, of course, given the tulip reference, there was a huge tulip sculpture downtown. I had no idea that the Ottomans had exported tulips to Holland. This is how the Dutch started their fascination with this lovely flower. 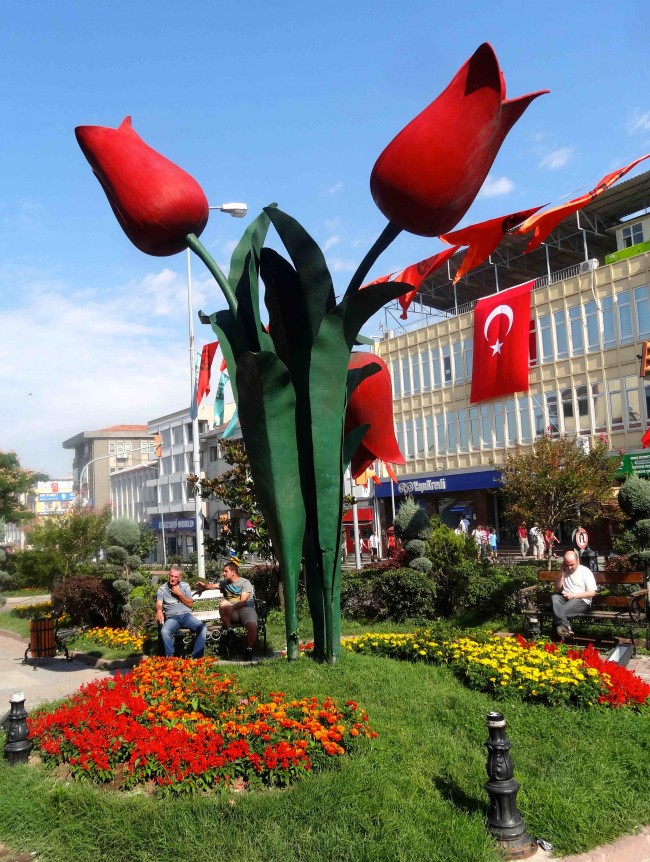 But, you probably didn’t read this far to learn about tulips, so let me use my next post to tell you and show you what an oil wrestling festival feels like. 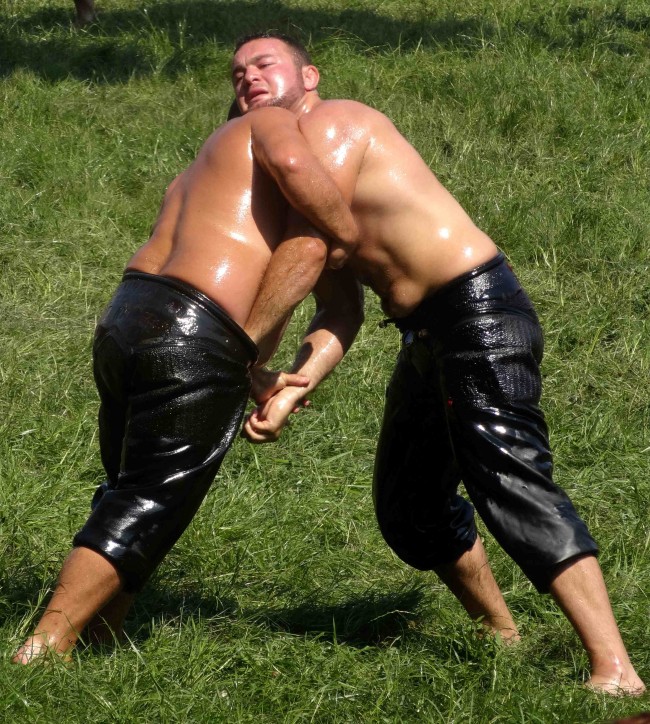