10 of the World's Best Cannabis-Friendly Festivals

Every April, the faithful gather around the globe to celebrate a controversial plant with undeniably profound powers. From massive smokeouts to casual backyard blunts, the unofficial cannabis holiday known as 4/20 has become a point of pride for a myriad of marijuana enthusiasts. The festival industry has taken note, and while the plant remains illegal in many jurisdictions, a bounty of events that combine cannabis with music, the arts, and plenty of munchies have sprung up around the globe. From concerts to competitions, the backdrops for these ganja get-togethers vary as wildly as the potency of a magical brownie. If you want to add a little weed to your weekend, here are ten festivals dedicated to toking up.

While Georgia’s constituents continue to rally for legalized marijuana, local brewers SweetWater aren’t content to simply wait around. Instead, for the past 14 years, they’ve hosted Atlanta’s immensely popular Sweetwater 420 Fest. This year’s installment includes performances from pothead approved acts like the String Cheese Incident and Umphrey’s McGee, a 5K race with ice-cold beer at the finish line, a corn hole tournament, and even a place for the kids to play. A vibrant example of how to host an inclusive and welcoming cannabis-related event, Sweetwater 420 is a blueprint that will surely be replicated in the months and years to come.

Before California legalized recreational cannabis in 2016, Colorado was arguably the epicenter of regulated reefer in the U.S. Naturally, Denver has a festival worthy of its status as a pot pioneer. 420 on the Block will return for its sophomore edition over the 4/20 weekend at the Fox Street Compound in the heart of the city. Featuring a music lineup that includes rapper Action Bronson, chillwaver Washed Out and reggae rocker Matisyahu, the event will also feature a 420 Bazaar – a vendor village full of wares and booths to entice even the most ardent marijuana fans. Here’s your chance to embrace Denver’s legacy as the “Mile High City” by getting elevated and hopefully a little educated as well!

Enjoy the high life and get 99% off your 3-Day pass with Everfest Premium. 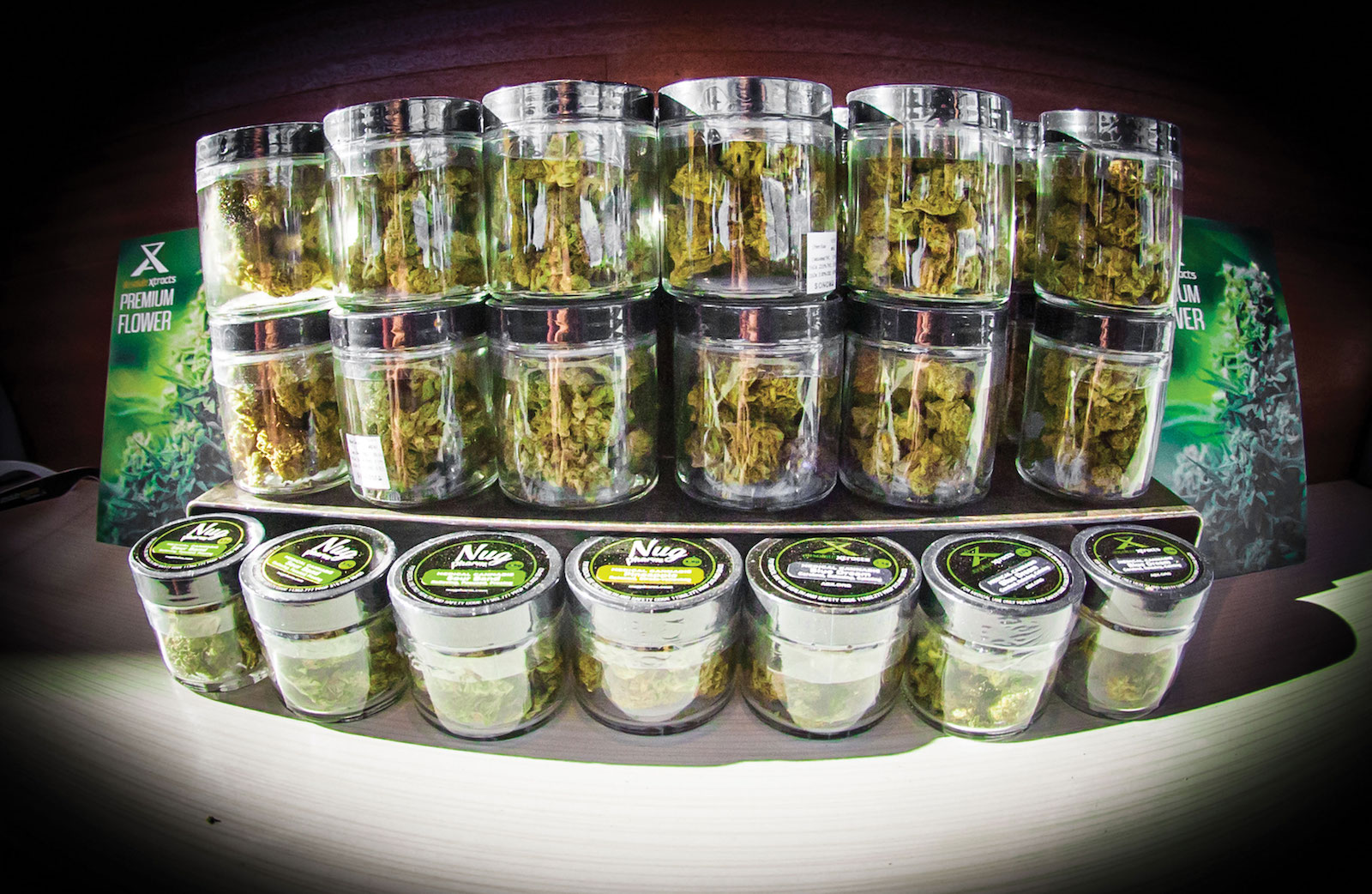 The Cannabis Cup is the godfather of cannabis competitions. While there are now a number of other events dedicated to crowning the best buds on the planet, attending a Cannabis Cup is truly a rite of passage for any serious pot connoisseur. While the High Times-affiliated contest is held in a number of places each year, the full experience requires that you return to where it all began: Amsterdam. For the past thirty years, the Cannabis Cup has been the definitive source on the planet’s best pot. The strains on display are THC titans, but there’s no question that if you want to test your marijuana mettle, there’s simply only one place to go.

When a festival bills itself as “the world’s largest event advocating for the decriminalization of marijuana,” you know its organizers aren’t messing around. 2018 will mark the 28th installment of Seattle’s Hempfest, a so-called “protestival” convened to celebrate cannabis culture and push for national reform. Set in the city’s gorgeous Myrtle Edwards and Centenial Parks, this festival is also free, so definitely be sure to make a donation if you choose to attend. Full of expert speakers covering topics that range from social justice to environmentally-friendly growing techniques, Hempfest is a chance to learn about every facet of the current marijuana movement.

Doug Dracup’s vision for a cannabis-centric cousin to Coachella comes to life once more this July in Southern California. Combining the best of music festivals and grow competitions, Chalice California features one of the most legit music line-ups of any event on this list. The 2018 edition welcomes acts like Bassnectar, Ludacris, Bone Thugs-N-Harmony, and Cut Chemist, with more to be announced. This year’s installment also includes on-site cannabis consumption (the legal kind) – however you’ll need to be 21 or older and have a valid California doctor’s recommendation to enter Chalice’s “medicating” section.

Portland, Oregon’s Dope Cup is another music/competition hybrid, but one with a decidedly ghoulish flair. Occurring shortly before Halloween each year, the Dope Cup’s 2017 edition was held in the city’s Staver Locomotive warehouse. Inside was a cannabis lover’s fever dream: body painters, a gigantic (and functional) vape pen (check the video above!), a performance from hip-hop legend Warren G, and prizes issued in categories like “Best Wax,” “Most Potent Flower,” and “Best Live Resin.” Whether you’re looking for an excuse to break out your Wayne’s World costume or simply want to do a little more than bob for apples this Halloween, the Dope Cup has you covered.

Madrid is already an A+ city to visit, but now there’s all the more reason to head to Spain this fall. At its core, Spannabis is an international cannabis trade show – the largest in Europe — highlighting knowledge and innovation. Countless booths dedicated to advancements in horticulture, cultivation, vaporizers, and more line the grounds, and you’ll find plenty of new and enticing strains to ogle at as well. There is also a Spannabis “Champions Cup” to be won in a number of categories. Often ahead of the curve thanks to more tolerant regulations, European events like Spannabis provide a glimpse into the future of cannabis. Toss in one of the best cities on the planet as your backdrop and you’ve got the makings of something truly dope.

As California continues to build its case as the world’s next cannabis capital, the Emerald Cup remains one of the state’s foundational marijuana building blocks. Founded by Tim Blake in 2003, the event has ballooned from a small, sun-grown cannabis competition into a festival Rolling Stone has deemed “the Academy Awards of the cannabis industry.” Since 2013, the Emerald Cup has taken place at Santa Rosa’s Sonoma County fairgrounds, where it welcomes the best growers in the business alongside musical performances from artists like The Roots and Portugal. The Man. There are also some impressive deals to be found for those qualified to enter the “medicating” area, so don’t be a chump and forget your cash at home!

Rounding out our list is the Caribbean’s longest-running ganja festival. Stepping High has the best established and on-the-rise local reggae artists coupled with educational workshops and more. Last year’s edition even introduced a Canna-Fashion show featuring modern Rastafari clothes that embrace the diverse and beautiful heritage of Jamaica and Afro-Carribean styles. In 2018, Stepping High celebrated its fifteenth anniversary after spending its first eleven years as an underground, word-of-mouth event. Now publicly recognized and patronized by visitors from around the world, Stepping High is a must for any joint-loving jetsetter.