After Fyre and Pemberton, Should Festival-Goers Worry About Getting Swindled?

On May 18, just three weeks after its lineup was announced, British Columbia’s Pemberton Music Festival was cancelled. Citing a weakened Canadian dollar, spiraling operating costs, and lower than expected ticket sales, the event declared bankruptcy. Ernst & Young was swiftly appointed the trustee and the many thousands of fans who had bought tickets were instructed to file for a refund as an “unsecured creditor” via a credit card contact sheet, without guarantee of a refund. The festival’s website was swapped out for a bankruptcy notice, and its social media accounts were pulled offline.

The backlash was swift and aggressive, with fans reeling between disappointment and anger, while associated parties and vendors within the industry red flagged the move as potentially fraudulent.

“I'm really shocked that there are no laws out there preventing this from happening,” wrote Reddit user Skiing_Dingus. “It makes me scared that [declaring bankruptcy when ticket sales don't meet expectations] may become more common amongst festivals. There have to be some sort of repercussions to discourage festivals from pulling the bankruptcy parachute and leaving fans in the lurch.”

"They should not be able to run away from this. You can't do this much damage to the festival ecosystem and think you can get away with it," said Gieger in an explosive interview. “These guys are declaring bankruptcy, but none of them are actually bankrupt. Their shell company is bankrupt. And now they want fans to pay the price. That’s not bankruptcy. That’s fraud.”

After the Fyre Festival debacle in April, many of us embedded within the festival scene wanted to quickly chalk this kind of flagrant instability off as an anomaly; an exorbitant outlier so completely alien to our scene and its operations that it couldn’t be repeated. While it’s certainly unfair to lump Pemberton — which was, for the most part, a successful and proven event — into a shark tank with Fyre Festival, the circumstances of its cancellation complete a one-two combination of disappointment flanked by lurid accusations that could undermine the fans’ trust in the stability and integrity of the festival scene. 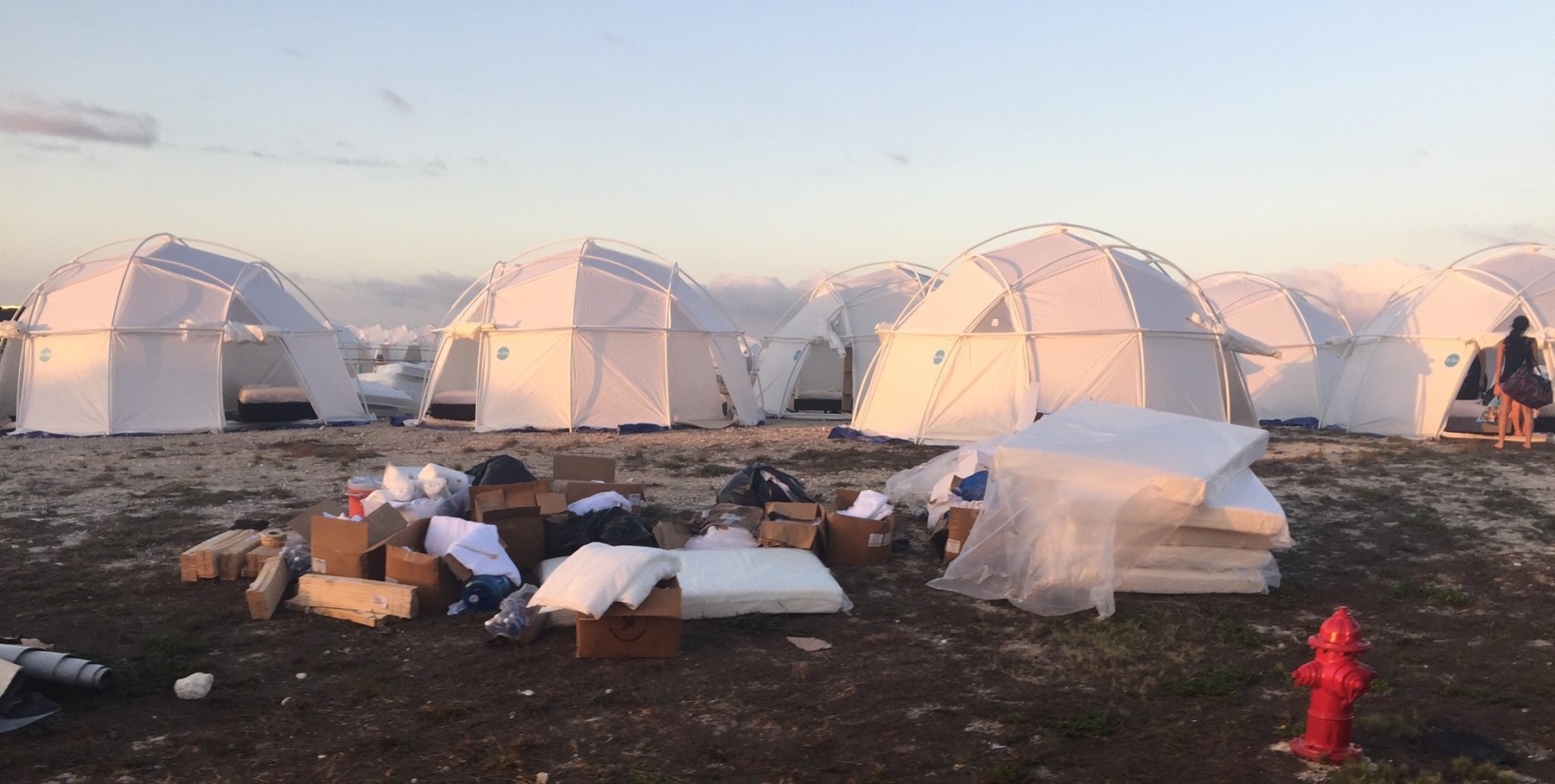 A scene from Fyre Festival. Photo by: The Fader

Fyre was a cautionary tale about the perils of putting the cart before the horse. The “masterminds” of the “event,” Ja Rule and Billy McFarland, boasted zero credentials as festival promoters and yet used the often unethical method of influencer marketing to build the idea of a festival. Opulent imagery of Emily Ratajkowski on some oligarch’s yacht floating on azure Caribbean waters sold the event as the ultimate luxury festival experience, a lavish millennial getaway in paradise, with Blink-182. Of course, this proved to be laughably left of reality, and the wider world suddenly started buzzing about festivals for the day, gorging maniacally on the corpse of what could be described as one of the scene’s lowest moments.

Fyre Festival absolutely shouldn’t have gone ahead, and the “organizers” allegedly had several opportunities to pull out and cancel the event. While that may have averted the cataclysmic PR meltdown, abrupt cancellations still hurt the festival scene. The past year has seen a handful of major festivals disappear from the calendar, and while some announced last year that they would not be returning in 2017, others, like Pemberton, gambled with their fans’ money and came up well short. And that could have irreparable damage to an industry often described as being a bubble. 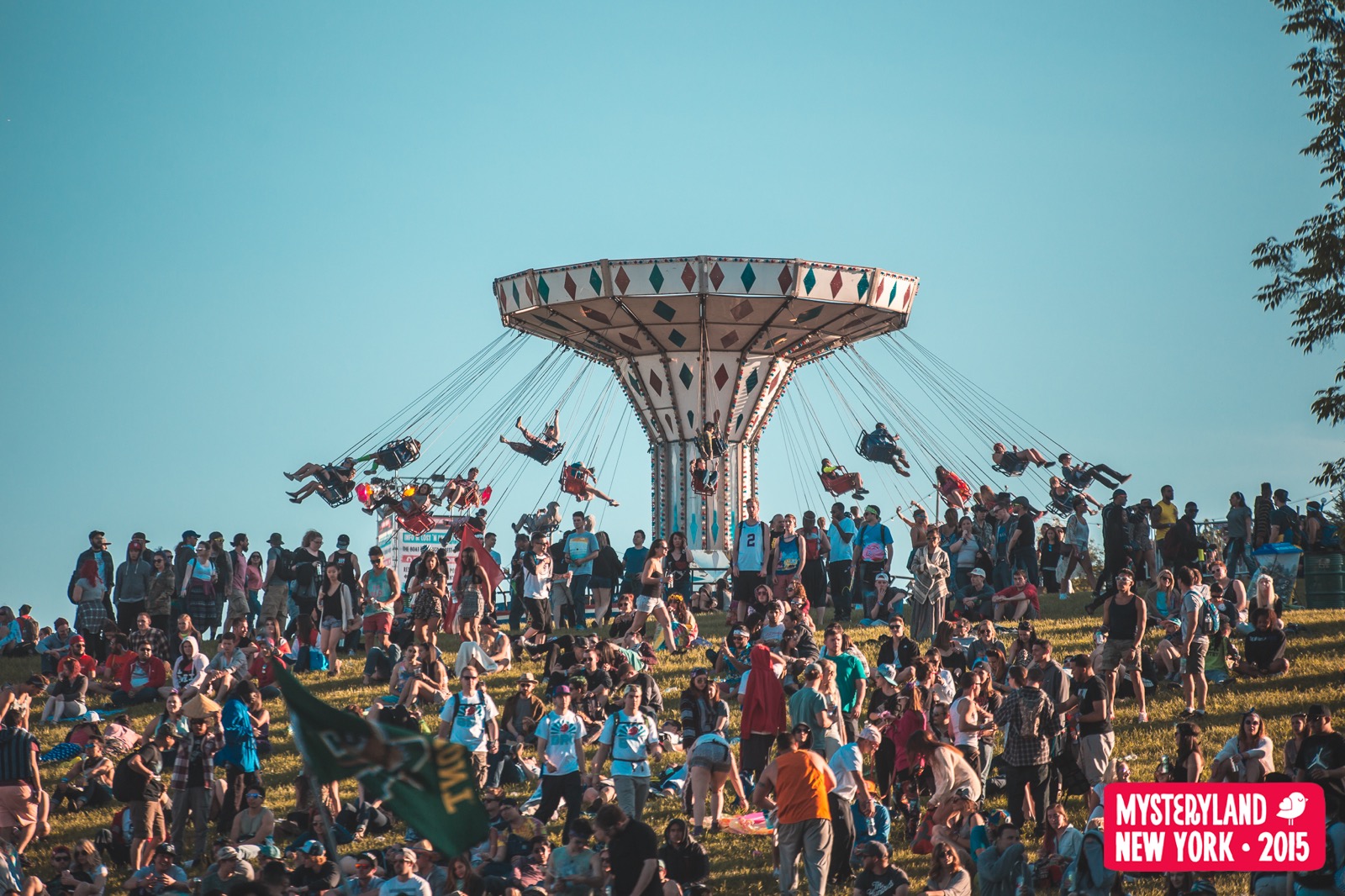 A ticket for a festival isn’t just a ticket. It’s often several tickets when you consider the friends you go with. Everyone in that crew has to take at least a Friday and a Monday off work, and sometimes travel to that festival might involve flights or booking hotels. The festival has a financial responsibility to its fans to go ahead, and that can’t be simply rectified by throwing up a ticket refund request form where your website used to be and palming responsibility onto a creditor.

In early April, rumors started swirling around Reddit that upstate New York’s Mysteryland was on the verge of cancelling, and that there had been little or no communication between the festival and the acts for weeks. On April 15, Mysteryland made the announcement on Facebook that it wasn’t happening this year.

While they cited “unforeseen circumstances”, the Dutch dance brand’s U.S. festival had reportedly sold a sliver of the 50,000 tickets it was moon-shooting for. The organizers had even moved the event into June, body swerving another grueling Memorial Day Weekend showdown with Lightning in a Bottle, Movement, Sasquatch! and Electric Daisy Carnival New York (which in fact cancelled in December). To its credit, the festival automatically refunded its patrons via Paylogic. 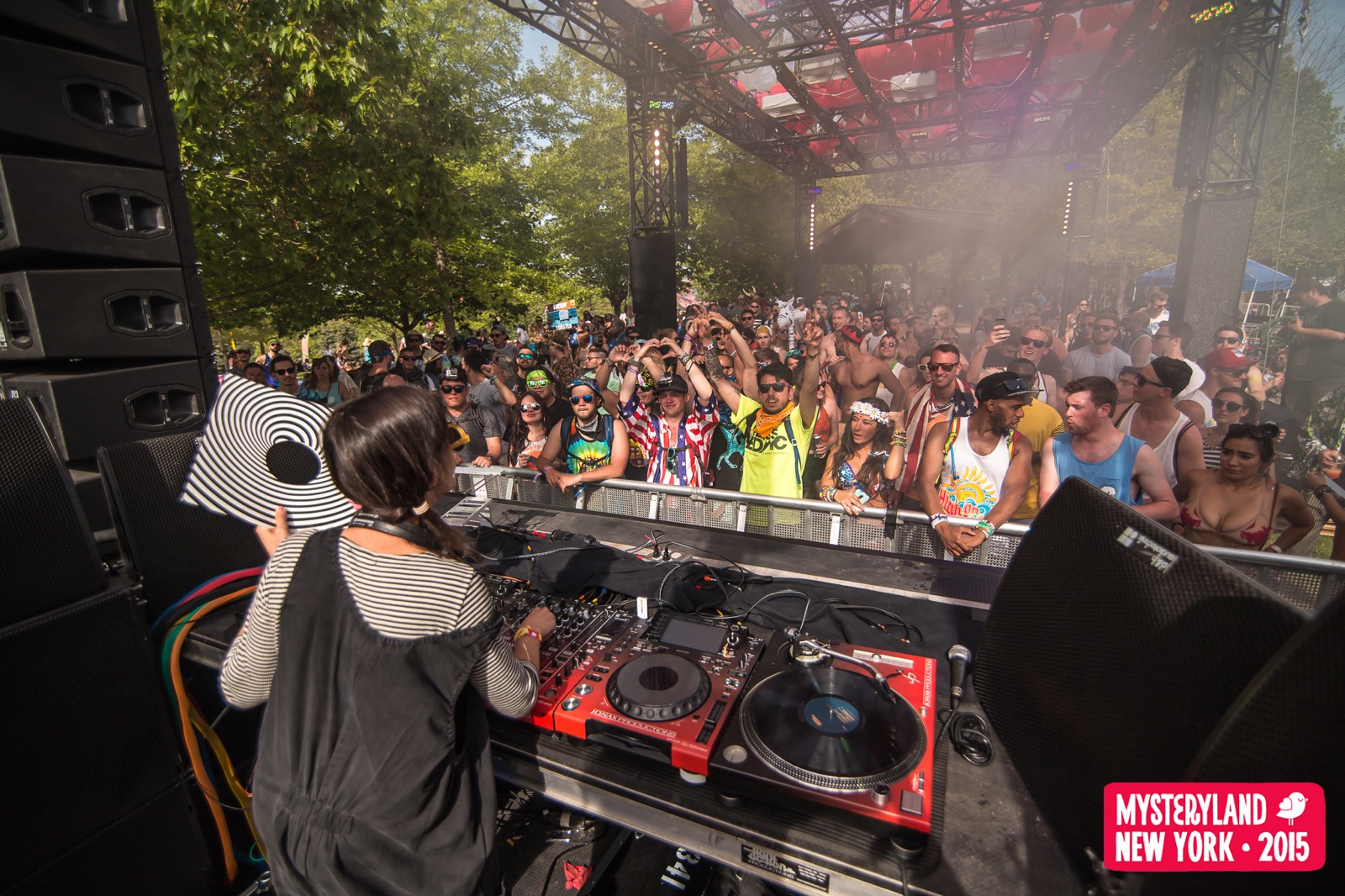 Mysteryland suffered because it sought to transform the festival’s identity to become a sort of East Coast Coachella, shunning its loyal bass music fan base and rehashing the Indio monolith’s 2016 lineup, with LCD Soundsystem and Major Lazer as the flagship headliners. Curiously, both Mysteryland and Pemberton made strategic moves away from bass music and towards hip-hop this year, and while there are numerous circumstances at play when a festival cancels, both saw underwhelming ticket sales and a vocal disdain for their lineups.

But for Aaron Stewart from Vancouver, B.C., this year’s Pemberton lineup was one of the best he’d seen, and he believes that some progress is needed if the festival scene is to remain strong. “The over saturation [of the festival scene] has forced most of the quality to go downhill,” he told Everfest. “So many people hated this year's lineup but it was one of the deeper ones I had seen. We can't just have turn-up trap and EDM at festivals. We need variety.”

And when asked if his experience with Pemberton would mar his opinion of festivals. “I was able to find a pretty great deal for a Sasquatch! pass, and I have some friends going so I jumped on that promptly! I also have plans to go to Austin City Limits, but that will have to wait until I hopefully get my Pemberton refund.”

Skiing_Dingus, however, said that Pemberton’s cancellation left him feeling disillusioned with the festival experience. Pemberton had been the only festival he had been able to get time off for all season, and he now feels it’s too late to make other plans. But rather than be turned off of festivaling, he’ll exert more caution in the future.

“There were a lot of warning signs this year, like a super late lineup announcement, removing comedy, basically no correspondence between festival planners and fans,” he explains. “I will definitely look for these warning signs before buying tickets at my next festival.”

A Shambhalovelie from Shambhala Music Festival in British Columbia. Photo by: William Selviz

“I think these days it pays to invest a little time in researching whether the festival you are thinking about purchasing tickets for has a good track record and reputation,” Cameron Bowman aka The Festival Lawyer told Everfest. “I would definitely purchase with a credit card and also think about ticket insurance and other options to protect your investment.”

Whichever way you look at it, the cancellation of Pemberton and the manner in which they did it has negative consequences for the festival scene. Locally, it’s likely to make people lose faith in the ability of big B.C. events to find demand enough to justify their existence. Internationally, it feeds into the unfounded notion that festival culture is a bubble poised to burst. If fans start to think that there is even the slightest chance of cancellation, or that they could be getting swindled, they may opt to either commit to a more “robust” corporate festival, and subvert the exciting trend in boutique events. Or they’ll simply start doing something else, like go on vacation. 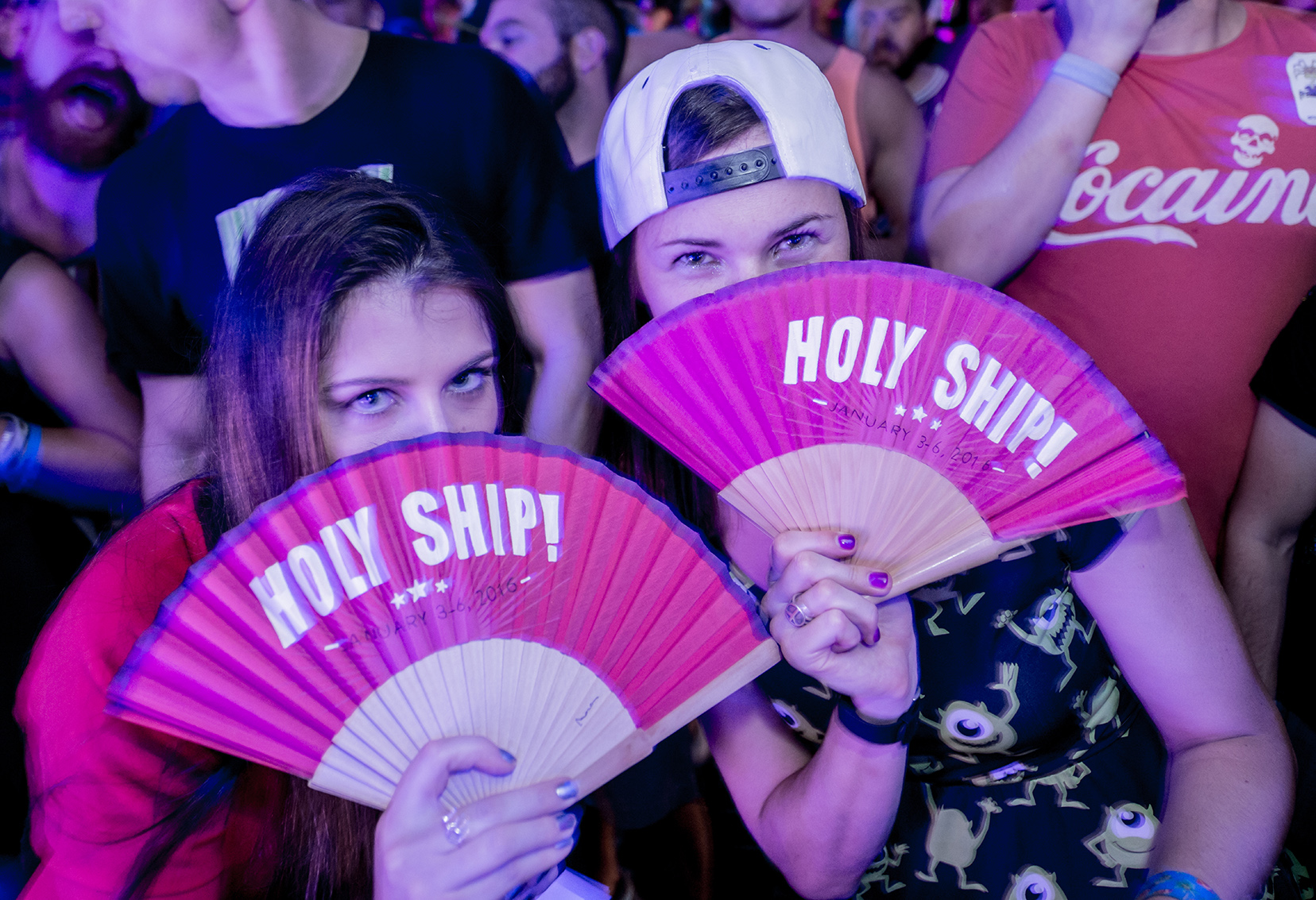 But it’s no secret that bad news travels a lot faster, further, and wider than good news, and to lament on all of the swindlers and shills would be a disservice to the festivals that have put community, consistency and trust at the core of their business. #ShipFam—the near-evangelical group of nautical ravers that attend HARD’s Holy Ship! — are some of the most diehard fans in the festival scene, and HARD has done a lot to reward their loyalty. Shambhala Music Festival in B.C. sold out way in advance this year, in no small part because in its 22-year history the fans both know what to expect and are a key part in delivering that consistency.

And take Desert Hearts : one teeny stage blasting party tech all weekend, with maybe two-thirds of the 3,000+ attendees being repeat customers, all draped in fur on the same spot on the dance floor. They sell consistency. People buy tickets without a lineup because they know that the Desert Hearts crew won’t betray their roots, add a second stage, or start booking trap acts because they think it’ll shift more tickets. The organizers strive to foster personal connections with every fan, and spend a lot of time bringing them into the creative process, both on and offline.

The result of building trust is fans and brands locked in mutual devotion, and if this string of recent failures teaches us anything, it’s that the health of the festival scene depends on that trust.