This year at Coachella , Do LaB introduced its newest and most spectacular stage to date: The Beacon. Do LaB's stage represents a nexus of personal discovery and the art and music communities, where many young festies first come upon the overwhelming draw of an entire festival scene removed from the mainstream feel of Coachella. Last year, we talked about how Do LaB's stage can be seen as a wormhole that can introduce festies to Lightning in a Bottle , and then to Burning Man. However, unlike the Big Fish (Do LaB's previous Coachella stage), the Beacon will in time demonstrate that the stage can also be a portal towards cultural awareness, and perhaps even activism. 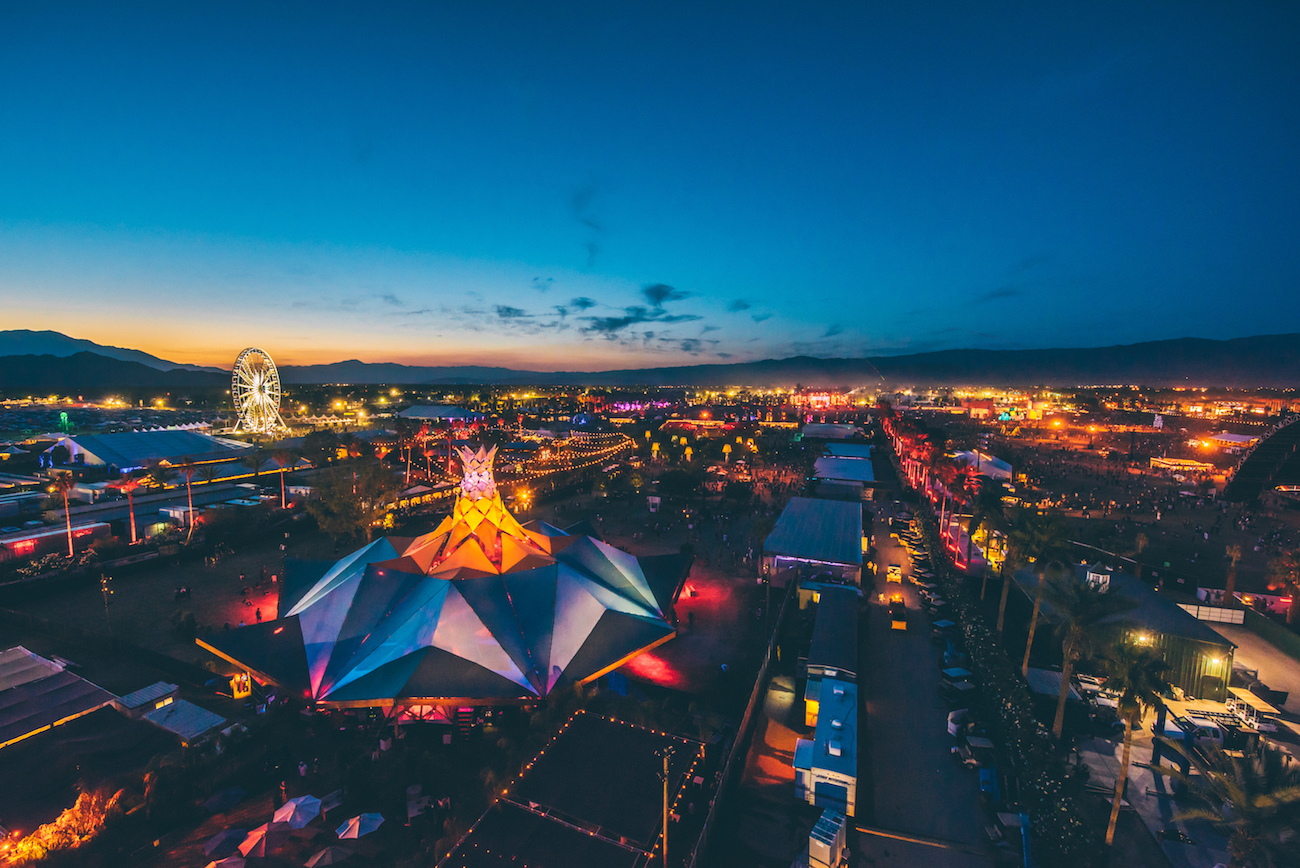 Towering at sixty-five feet, this brightly colored behemoth provided the packed Coachella crowds with a psychedelic escape in the Terrace between the main gates and the Sahara stage. With the most shade offered throughout the day of all the stages at Coachella (save the indoor Yuma) and water cannons as a signature Do LaB bonus, the structure served as both spectacle and experience. If those comforts weren’t enough, the tremendous lineup stacked with heavy-hitters made leaving the shady oasis something like climbing out of bed in the morning; it wasn't easy.

The Beacon Raises the Bar 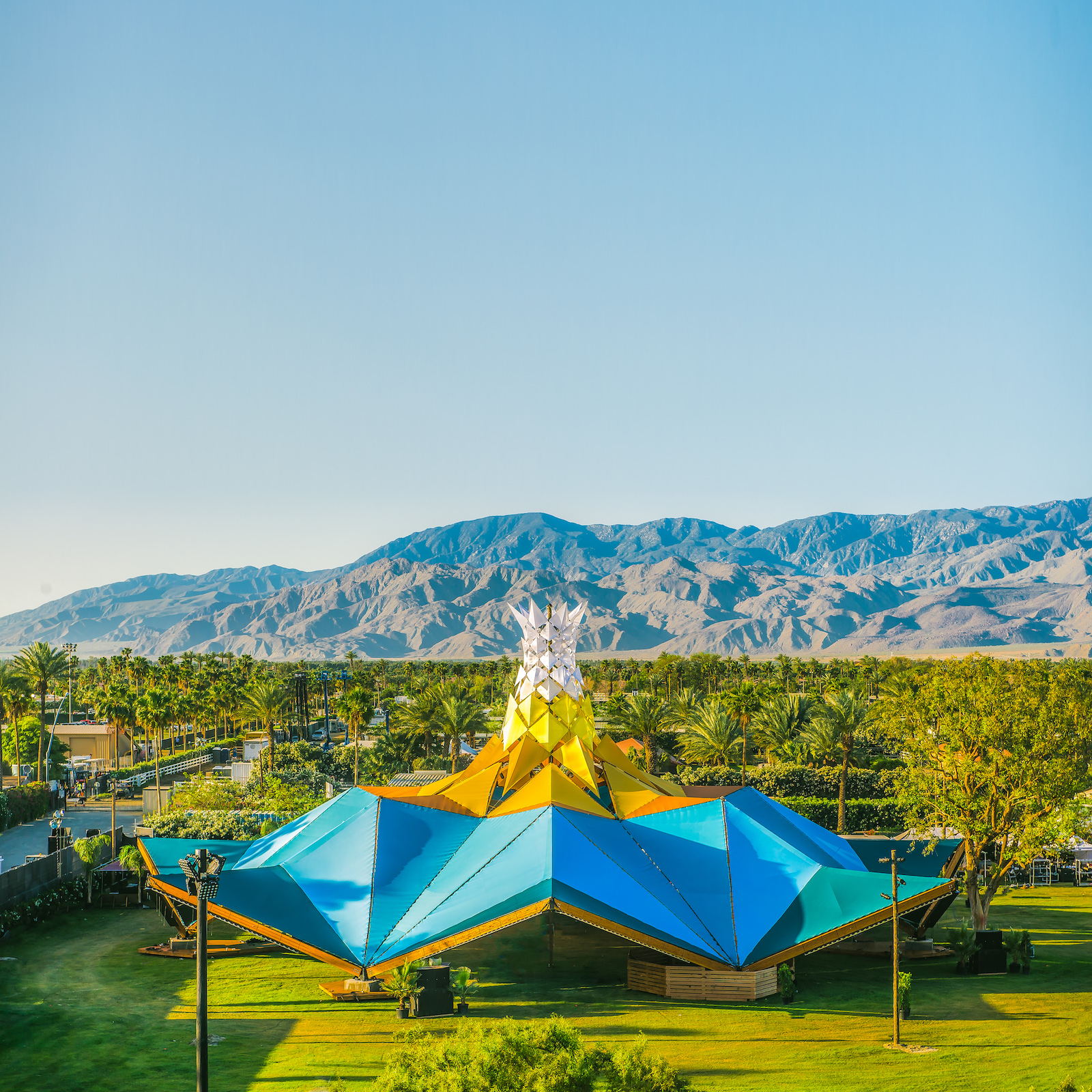 Like the Dance Temple at Boom 2016, the Beacon is another collaboration with Heather Shaw of Vita Motus and Do LaB’s own Josh Flemming. The Beacon marks Do LaB’s most technically impressive stage to date with a total 155 panels spanning more than 15,000 square feet of usable dance floor. What made it so impressive aside from its size? For starters, more than 75% of the work required to create The Beacon was completed from boom lifts, rather than from the safety of the ground. Plus, in keeping with the Do LaB tradition of always pushing the envelope, the team added a variety of design elements to raise the bar. Most notable of these was a central floating column suspended to counterbalance the weight of the structure with a staggering two-thousand pounds of downward force, complete with a decorative dongle affectionately called the Piña.

Building Greatness by Investing in the Team 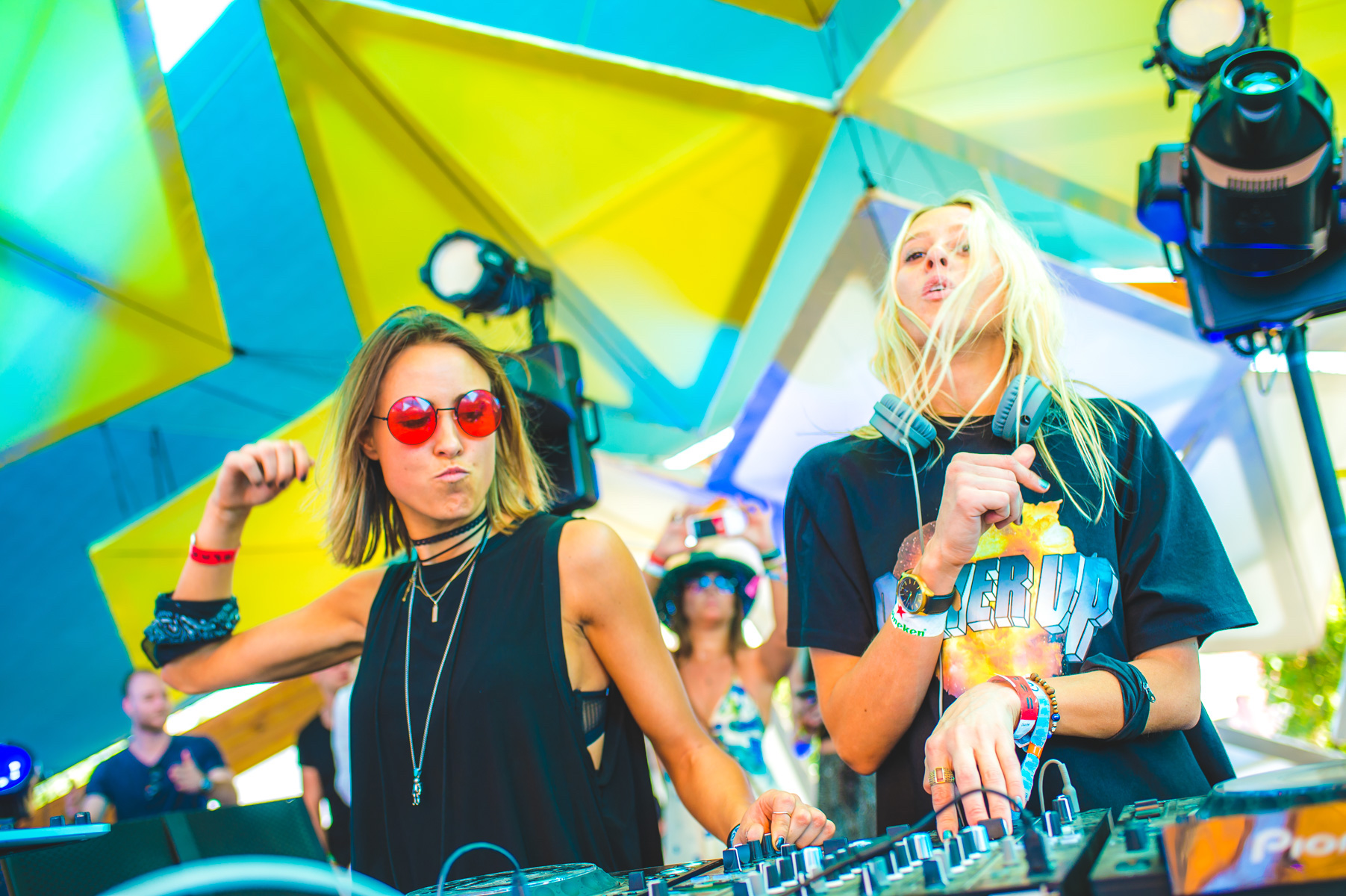 In their formative years, Do LaB was inspired by forms in animals and plant life but as the years passed, their techniques became more advanced and that gave them opportunities to build their structures at other festivals. Advanced rigging techniques and tensile strength may not normally be part of the construction business repertoire but at Do LaB the details make the difference. While the team has been adding to their structure design skills over the years, it has also hired a technical design and drafting team to dedicate more manpower to structural projects, and has honed its expertise with all kinds of design software. As a result, the team has brought more knowledge and capability to new heights. Now, as the first of several new structures debuting at Lightning in a Bottle 2017, the Beacon shimmers because it’s the first page in a new chapter of a whole new narrative for Do LaB.

A Light from the Heart of LIB 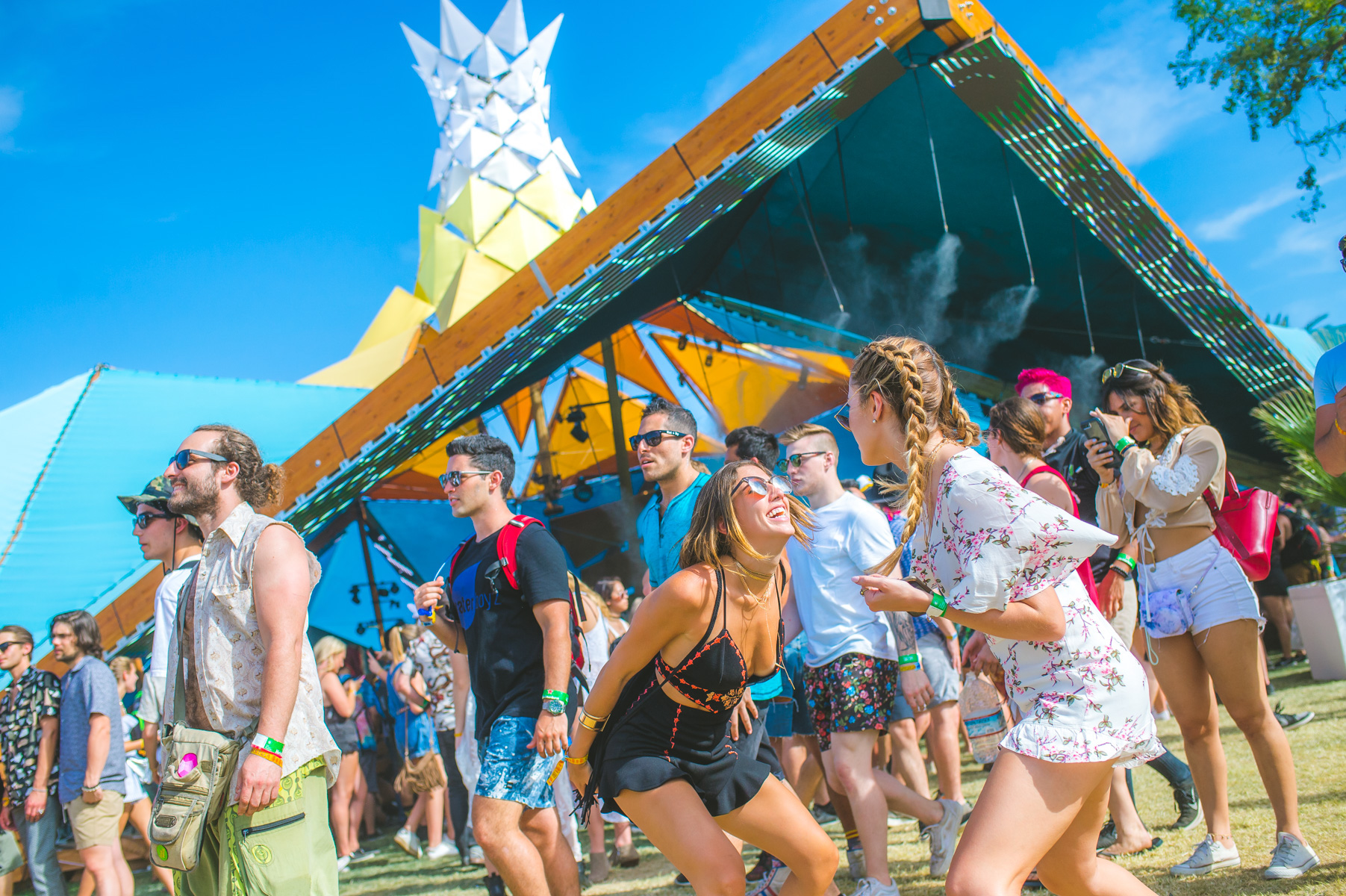 The Beacon’s tall, concave walls reflect sound back inside by design, but when it’s illuminated at night it projects a spire of light straight into the sky. It’s a symbol to those who gather there that they will find something beautiful and bright. For Do LaB at LIB, the Beacon will become the heart of social change in the festival. Yes, it will the centerpiece of The Compass , LIB's gathering place for workshops and keynote speakers which also aims to be an inspiring platform for many social and political causes. Most of the speakers appearing under its eaves will represent their own respective movements in distinct but connected communities. There’s also the exciting prospect that newcomers to LIB from Coachella will seek out the memorable facade when they arrive. But, rather than discover massive beats dropping, they’ll find world renowned activists dropping knowledge. 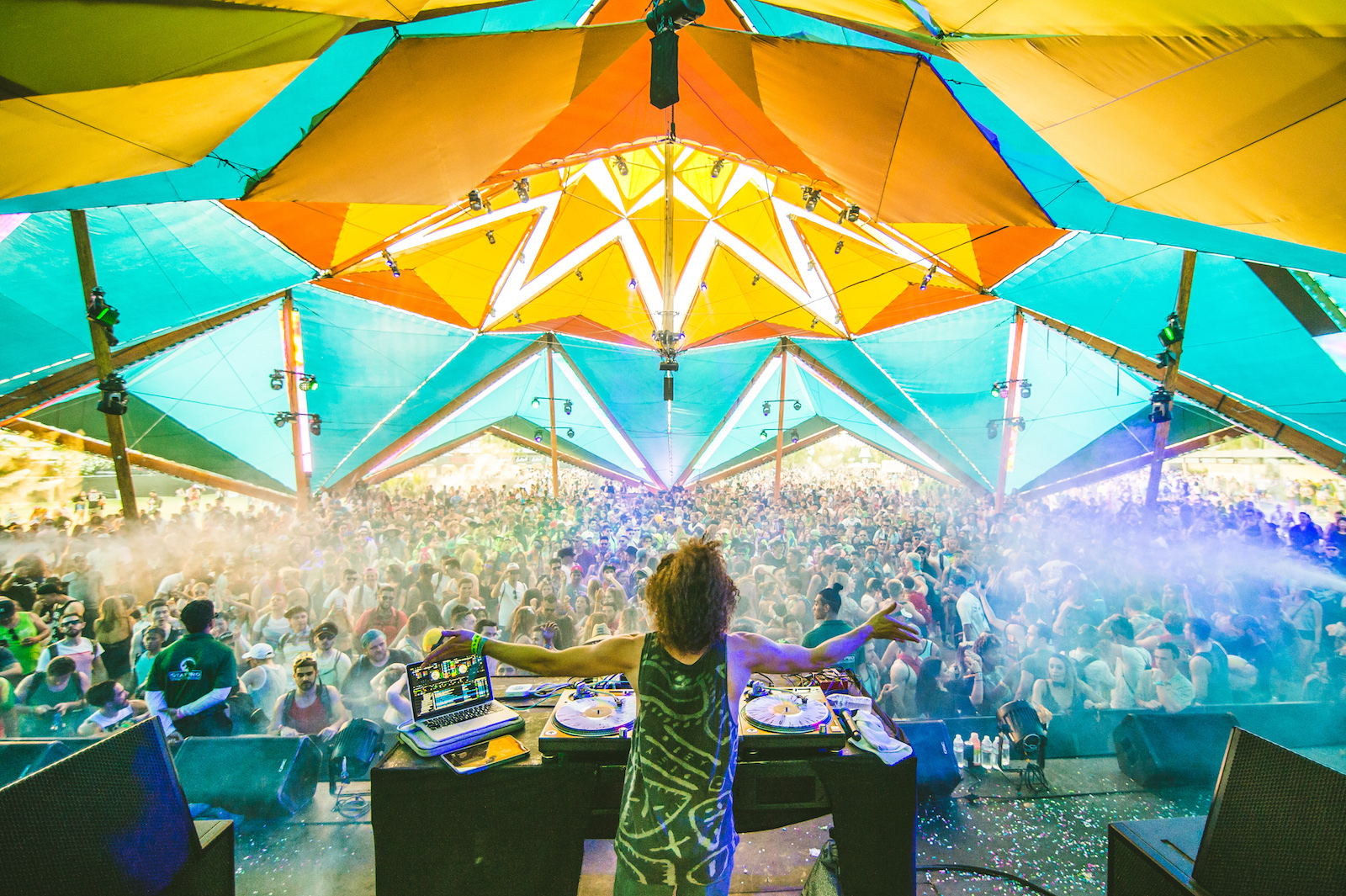 Music is and will always be a key ingredient in the recipe of Lightning in a Bottle, just as it is for other festivals, but the Beacon is a physical sign that ideas are taking center stage in this next evolution of LIB. That may not be all that is needed to take the whole of festival culture to the next level, but perhaps the familiarity of the Beacon can activate a curiosity towards the keynote speakers and cultural leaders slated to speak inside, and that’s certainly a step in the right direction.

Can something like a stage design be enough to pivot the trajectory of festival culture towards a better future? It’s probably too soon to say, but in a world full of reasons to “be the change,” it’s sure fun to imagine the possibilities.