If DJs are the new rock stars and electronic festivals are the new Woodstocks, it only makes sense that 73-year-old Detroit resident Patricia Lay-Dorsey is someone – similar to once-local rock gods the MC5, Iggy Pop and Alice Cooper – of whom the Motor City can be proud. “Grandma Techno” (as she is known) won't drop a house music set in front of the crowd at the forthcoming Movement Festival at Detroit’s Hart Plaza, but she, possibly the most iconic of all of Movement's many devotees, will certainly be there. Yes, Dorsey and her mobility scooter (she was diagnosed with progressive multiple sclerosis in 1988) will be right up front.

Back to that “rock god” thing, though. After a mini-documentary was released in 2013 about Lay-Dorsey and her now decade-long pilgrimage to techno’s ultimate party, 2014’s iteration was an experience for her like never before.

“I couldn’t get around like I used to. Yes, I was a bit of a rock star. I usually take pictures of all of the kids dancing (when not Grandma Techno, Lay-Dorsey is a well-regarded professional photographer ), but it was harder than ever,” she says. As a “rock star” and now a Festival All-Star, Grandma Techno is now something of a leader. Thus, there are lessons to be learned from her positivity and curiosity that can benefit dance and festival culture as a whole.

That Grandma Techno is a far stretch from the average 73-year old is palpable and intriguing, and comes mainly from how engaged and excited she is about the music she loves. “EDM is a different thing from what I’m involved with. I’m a purist about this! I like electronic music. EDM is the recent kinda pop thing and it’s a whole different world. I started at the Detroit Electronic Music Festival in 2005 (the forerunner to the Movement Festival). That was the first year they charged any money. I think I paid $40 to go to it! I didn’t really know electronic music at all, but I went to DEMF with a friend. I’ll never forget it.

“Back in the days, you didn’t mind that the sound was crap because the festivals were so fun,” Lay-Dorsey said about the '60s- and '70s-era festivals in Detroit. However, DEMF was an entirely different aural atmosphere. “The sound was unbelievable, my ears were trying to close up it was so loud. I didn’t know if I could do this, so I went to a tiny little hotel shop, bought some earplugs and they saved my life!”

She says her favorite thing about the sound points at one of dance’s great calling cards in any generation is the bass: “I love the bass beat. I’m big on that. Give me a drum machine or whatever, I’ve got to have that deep bass beat.” 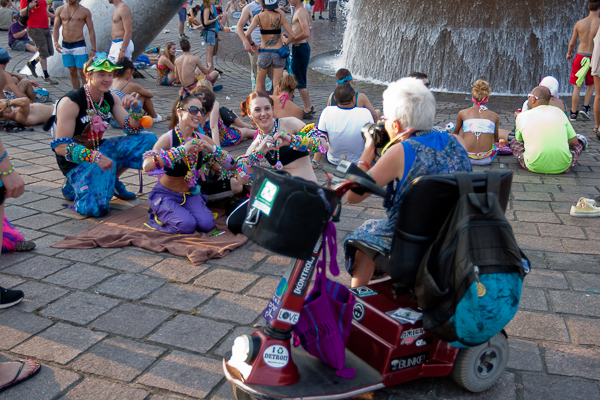 What continues to bring Grandma Techno back to Movement year after year is the community of individuals in attendance. “We’re getting a lot of young families at festivals now. The little ones love it and they dance like crazy. I also see some older people coming, too. I mean, they’re not as old as me, but they’re coming. The more inter-generational things that we can have happening [in general], the better.” 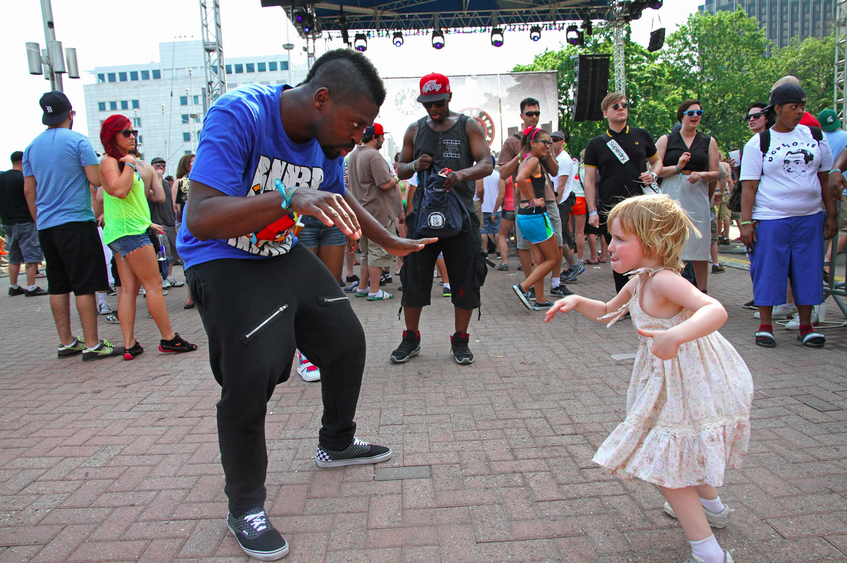 Grandma Techno’s effusive praise of the younger generation continues as she says, “[A]s far as I’m concerned, this community of electronic music lovers shows that if anyone has any bad vibes about the young generation, you come to a festival and you see that they’re filled with love. It is so like the '60s time of love and peace. I’ve never seen a fight and I’ve never seen an argument. How about that! That speaks for the way these kids are. It’s a sweet space. The energy is as sweet as it can be.”

Festival culture’s impact on the now oft-discussed economic and social upheaval in Detroit is notable, explains Lay-Dorsey. “Detroit is a musical city and I would say [back in the 1960s and 1970s] it had more free festivals than any other city in the United States.” Since the first event she ever attended, she says that she has been to “just about every kind of music festival that Detroit has had.” 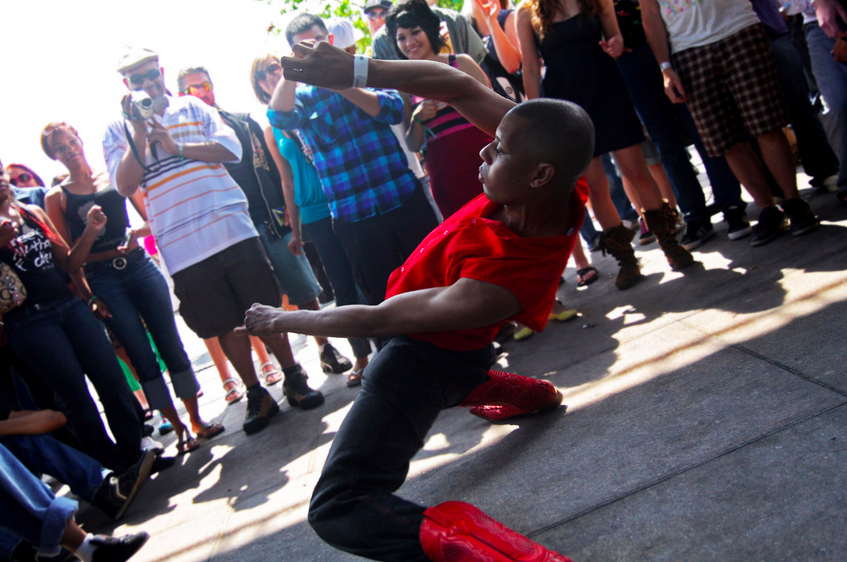 Regarding Movement’s current dominance, Lay-Dorsey says. “[Movement] brings more people from out of town and all over the world into Detroit than any other weekend of the year. The festival is huge for Detroit. It isn’t just what’s going on in Hart Plaza. It’s the afterparties all over downtown and into the suburbs, too. The whole city becomes the festival. People come to the tech fest, see this wonderful place, and fall in love with Detroit. Young creative people, artists, musicians and free thinkers are moving here. There’s a groundswell of new life and energy in Detroit.”

Grandma Techno’s entire life, it seems, has been invigorated by the twin forces of festivals and electronic music, making both key elements of her humanity that will stay with her forever. The idea that while she may not live forever – but that her spirit will live on in Detroit and worldwide – is best reflected in Patricia Lay-Dorsey’s final wish in life. “If I had my dream, I would absolutely drop dead dancing at a festival. But I’d like to be 100 years old when I do it.”

Detroit Sound Project’s Electric Roots Micro Music Film Festival hosts a special screening of the video They Call Me Grandma Techno at 2:30 PM on Friday, May 22nd. Grandma Techno herself, Patricia Lay-Dorsey and the documentary’s director Clarence Johnson will be available for a Q & A session after the showing.