8 Mystical Halloween Festivals from Around the World

Sure, there are plenty of Halloween-themed music festivals at which you can celebrate the spookiest season of the year, but the cultural traditions that cloak All Hallow's Eve in shades of mysticism and mystery predate all of those store-bought costumes and candy by hundreds, if not thousands, of years. Whether we're talking world- renowned, ghostly gatherings or beloved community events, the world’s Halloween and Day of the Dead celebrations are as diverse as they are spooky and colorful. Thanks to trippy costumes, reverence for the dead and supernatural, and a veil of darkness and the occult, the holiday lends itself to surreal experiences.

Here are a few of the most raucous ways to celebrate All Hallows' Eve, the day after and beyond!

Derry County, Ireland, is the ancestral home of Halloween’s Celtic roots, so you can be sure the celebration here is appropriately amazing – it wasn't named the "Best Halloween Destination in the World" in 2015 by USA Today for nothing! Twenty-five thousand true Halloween enthusiasts dressed in all manner of elaborate costumery from all over the world flock to Derry for four days of events including a haunted treasure hunt in a forbidden forest full of hooded figures, guided ghostly tours of the city, the light-, fire-, sculpture- and circus-centric Awakening of the Walls , walks through Luke Jarram's Museum of the Moon (an internationally touring work featuring detailed NASA imagery of the Moon's surface and atmospheric soundtrack created by BAFTA and award-winning composer, Dan Jones)and tons of music al performances. On October 31, Europe's biggest Halloween parade commences in the evening, and an epic fireworks display over the River Foyle follows, marking the celebration of the Release of the Moon, banishing evil as the Prince of Darkness has been defeated. The fireworks display is topped with live music in the Guildhall Square. The event's website says: "We should warn you, however; the crazy costumes that pass through the City at this time of the year are not for the faint-hearted!" We can definitely get down with that.

Salem, Massachusetts, isn’t just the home of famous witch trials anymore. These days, it’s also the host of the Salem Festival of the Dead, which features nine huge events (and smaller events throughout October) that cover everything from ghost hunting, to speaking to the dead, to a psychic fair and witchcraft expo, to ritual transformation. But the highlights might just be the Salem Witches' Magic Circle (which draws inspiration from Celtic tradition of Samhain) on October 31, that most mysterious night when the veil between the worlds is at its thinnest, during which participants gather on a hilltop to honor deceased loved ones, and the Authentic Salem Séances with true spirit mediums, which occur nightly throughout the month.

The crown jewel is the Halloween Ball on October 27. The ball sounds incredible for 2017; this year's costume theme is Signs of the Zodiac. There are psychic readings, DJs, photo booths, laser light shows, a costume contest, and ceremonial dances. The organizers note, “Witchdoctor Utu and the Dragon Ritual Drummers will lead rituals and magic in the old ways of Witchcraft!” and "At evening's pinnacle, cast a magic circle in the grand ballroom with Christian Day, Brian Cain, and the Salem Witches as we honor loved ones in the spirit world!" This may be the most honest-to-tradition Halloween event in America.

Scotland and Ireland's Celts have deep and ancient ties to Halloween; the day is linked to their ancestral Samhain holiday, which honors the god of the dead, marks the end of the harvest season, and hails the onset of winter or the "darker” months of the year. Thus, taking a trip to Crannog County, Scotland for its annual Samhain event will give any visitor a different view of what Halloween means in this part of the world. The organizers ask attendees to dress up to witness fire shows, a wicker ram sacrifice, traditional, natural incense burning, the telling of myths and legends, plus more. While a smaller event (though there are many throughout this region), its roots in ancient, mystical traditions fit right into this time of year's vibe of darkness and mystery.

Hundreds of skilled carvers gather to create more than 7,000 jack-o-lanterns for a mesmerizing walk-through experience at the historic Van Cortlandt Manor in upstate New York. Organizers truly create a spectacle all with pumpkins. Here's what you'll find: constellations in the Pumpkin Planetarium, a Circus Train rolling into town featuring colorful clowns and animals, flying pumpkin ghosts, the Headless Horseman (made out of pumpkins, of course), gourd-filled Jack-in-the-Boxes, slithering snakes, a giant spider web, a working doomsday grandfather clock, a  giant sea serpent, squash-eating Venus pumpkin traps sprout in the garden, and the perennially popular Jurassic Park, which includes a triceratops, a pterodactyl, a brontosaurus, and a T-Rex. 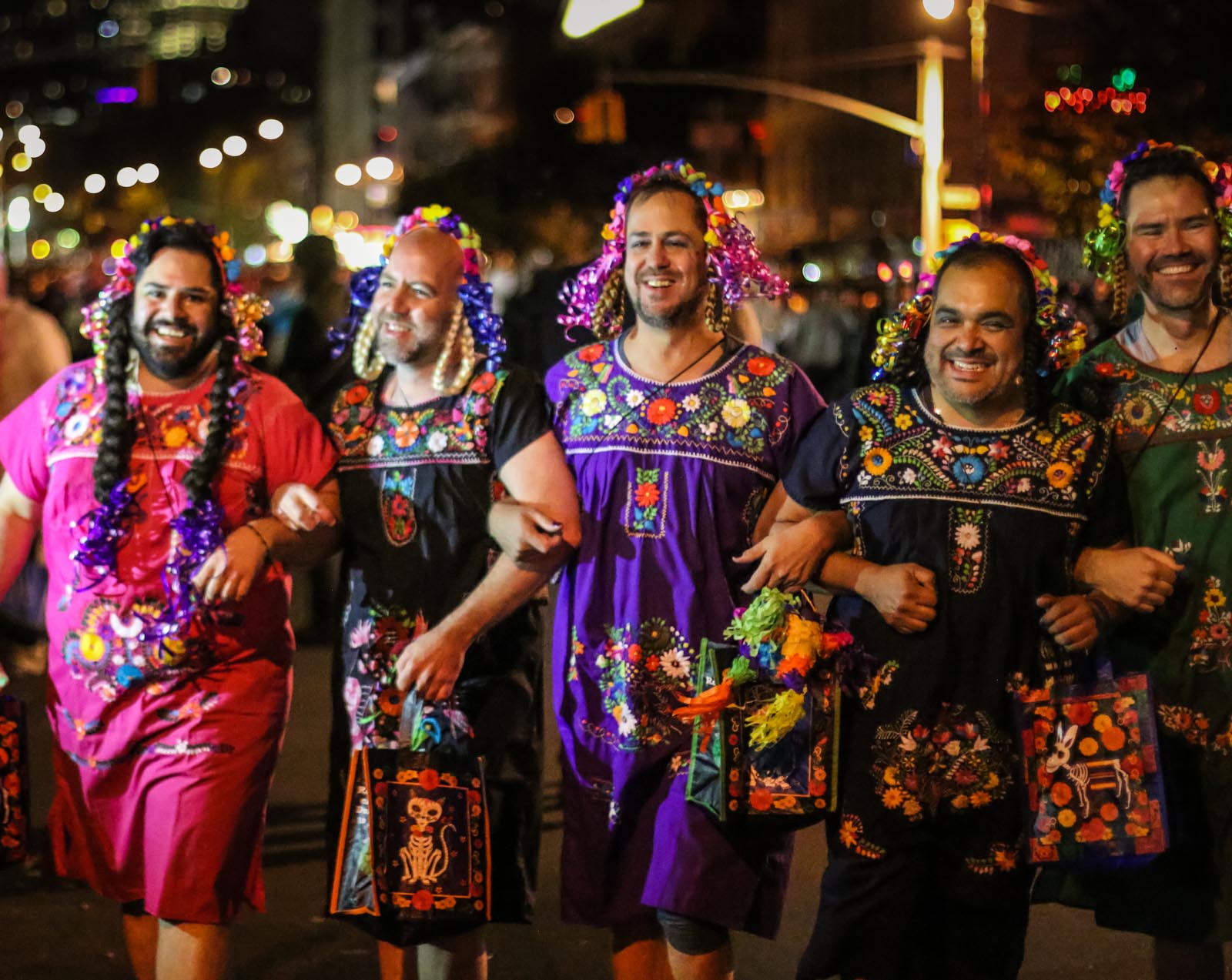 Manhattan’s progressive paradise of Greenwich Village is an ideal place to march around on Halloween. Fifty thousand costumed revelers gather yearly for an event that organizers say showcases “[attendees’] darker side, their sexier side, [or] their more playful or silly side—you can’t help but literally go with the flow, and be moved not only by thousands of people parading behind you, but by the pulsation of life that moves through these famous streets.” And with watering holes and restaurants all over town open far into the wee hours of the morning, this sleepless version of Halloween is for the most dedicated of partiers.

Throughout Mexico and in countries celebrating 3,000-year old Aztec traditions worldwide, November 2’s Día de Los Muertos honors deceased loved ones and welcomes their souls home as a blessing by throwing a feast for the living and the dead alike. Though Día de los Muertos (Day of the Dead) is often confused with Halloween due to the proximity in time, this holiday is not about ghouls and goblins. Altars and offerings are a way to remember family members who have passed into the afterlife. Festivities occur nationwide, but Oaxaca is Mexico’s capital of departed souls and the best place to dance with the dead. In this culture, the lines between life and death are blurred and the acceptance of mortality becomes a liberation from fear. Daytime is a time for resting and reflection, while the night is for remembrance and celebration. In a festival this dark, nighttime is when the dead really come alive. Candlelight processions and vigils occur around the altars, while roving Mariachi bands provide a lively soundtrack. Indeed, life and death live on parallel planes in Mexico. 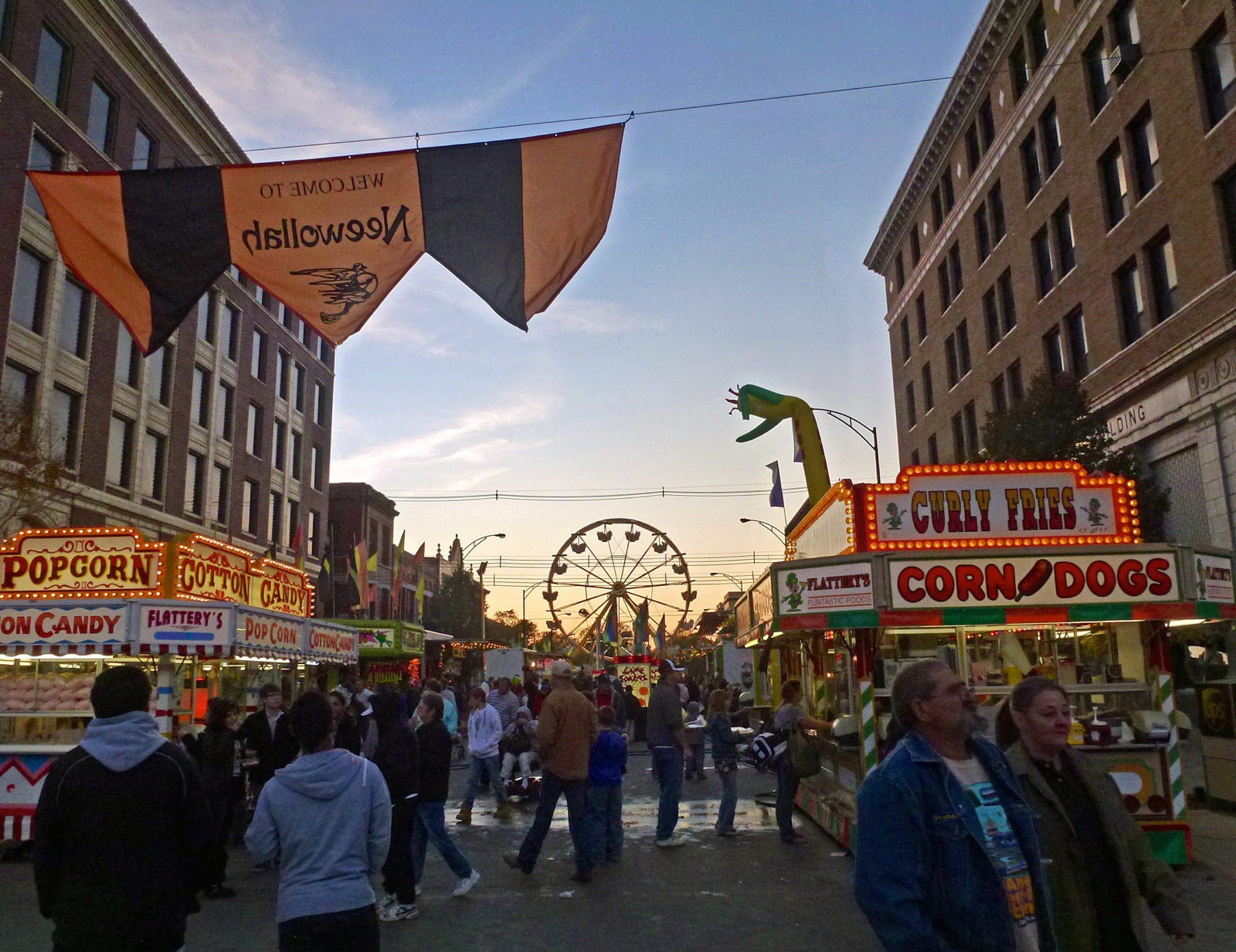 If carnival rides are more your jam, then Independence, Kansas', Neewollah Festival is up your alley. In 1918, pranksters wanting to re-design the holiday for less trick and more treat, spelled the holiday’s name backwards, and indoctrinated parades, vendors and beauty queens into the tradition. These days, it's the state's largest celebration, with 75,000-plus partiers invade the normally tiny town for carnival activities, seasonal food, concerts, plays, fun runs, a chili cook-off, and even a Queen Neelah pageant competition. 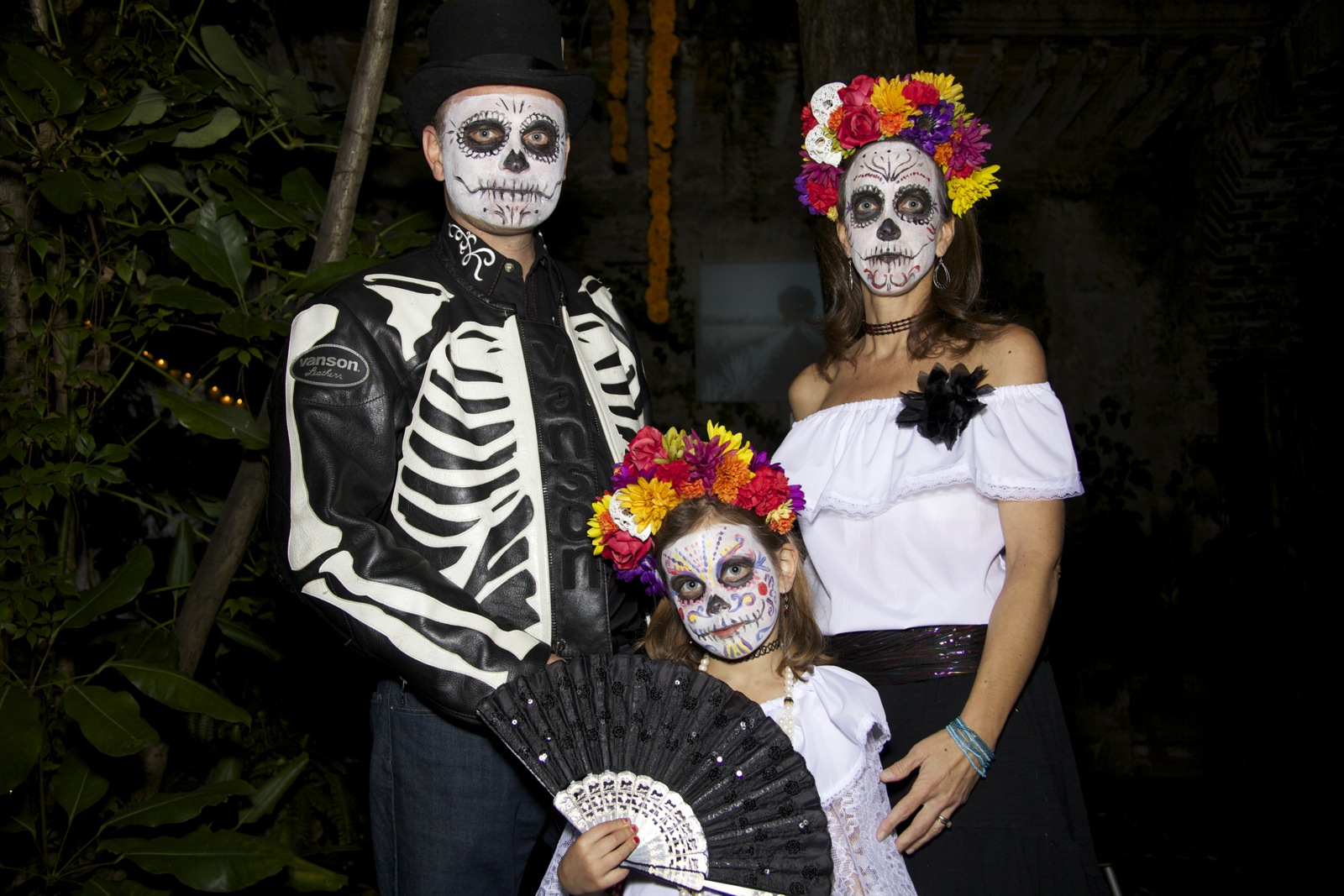 If you’re a fan of arts and music events and also happen to like Halloween, pack your bags for San Miguel de Allende, Mexico, and celebrate a different kind of Halloween here. Though not nearly as old as Día de los Muertos, San Miguel de Allende, Mexico’s La Calaca festival encompasses the spirit and style of Mexico’s Día de los Muertos celebration. Event organizers state that the event is “a participatory arts festival that brings together interactive arts installations, local businesses, individuals and arts organizations.” Daytime events immerse participants in cultural activities, such as live art installations, creative workshops, and tours of cemeteries and traditional altars. The evenings are dominated by costumed processions, musical performances and parties that last until sunrise.